In Egypt, our correspondent discovers that even the simplest experiences sometimes carry a price tag. 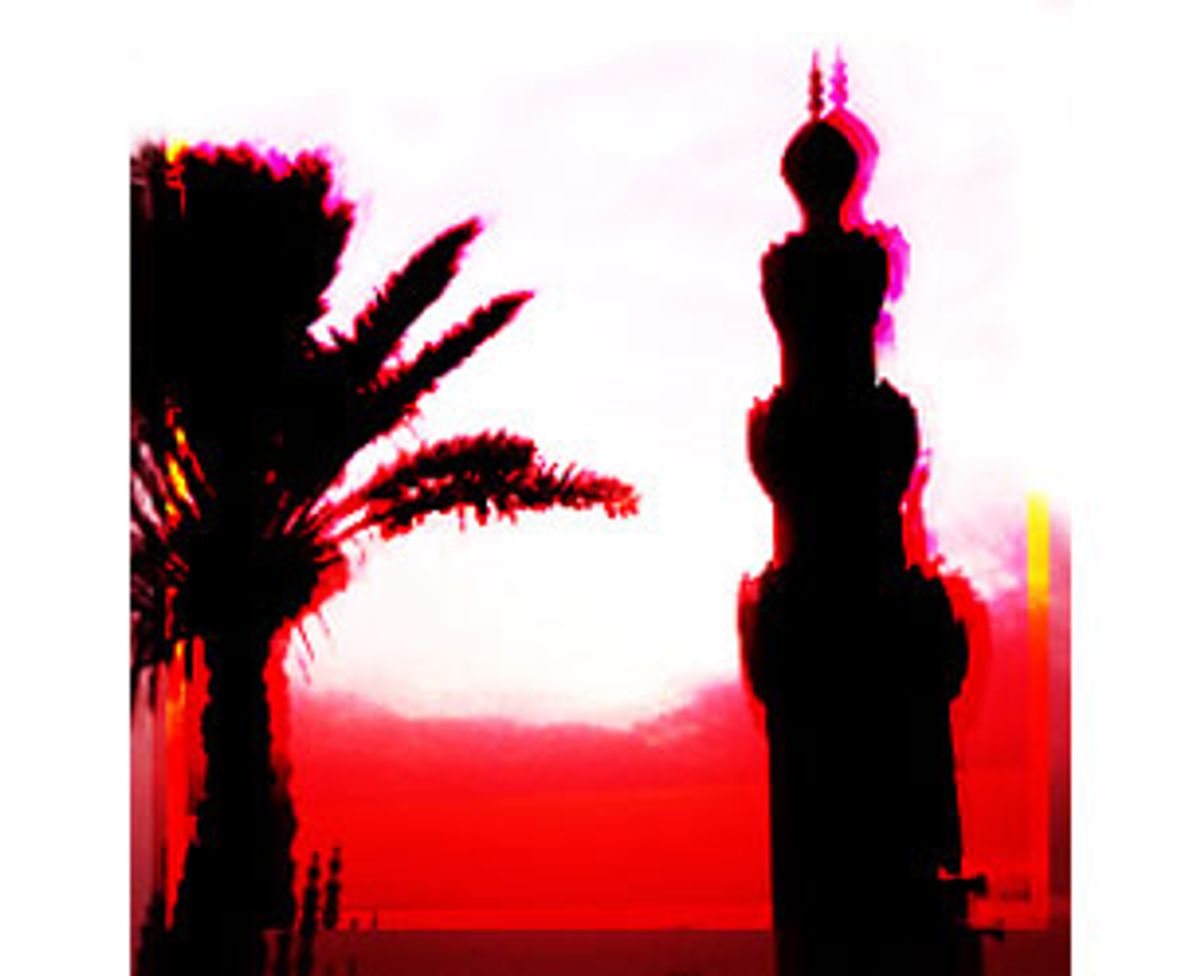 Eight hours into the train ride, a boy in a blue jacket comes up and taps me on the shoulder. "Come," he says solemnly, nodding toward the back of the train car.

I'm not sure what he wants, but since the blue jacket gives him a vaguely official air, I just assume he's a train worker. He doesn't speak or look back as I follow him into the next car, which is largely empty and quiet.

Stopping in the middle of the car, the boy motions me over to a window. "Look," he whispers, gesturing outside. "Beautiful!"

I see that he's talking about the sunset. Just above the horizon, a red sun streaks the surrounding sky with bars of pink and yellow. Beyond the train tracks, the mighty Nile glitters with orange spangles of light. It is indeed beautiful.

As I gaze out, taking in the quiet colors, I wonder why the boy has gone to so much trouble to show me such a simple moment.

I don't have to wonder for long. Leaning in confidentially as the sun slips below the horizon, the boy rests one hand on my shoulder, as if he has some fatherly advice to share with me.

"Please," he whispers to me, holding his other hand in front of his face and rubbing his fingertips together. "Baksheesh."

Westerners have long had difficulty understanding the Eastern practice of baksheesh -- a hard-to-define courtesy system that rewards small services with token amounts of money. Basically an improvised blend of tipping, bribery and almsgiving, the baksheesh trade has a time-honored reputation for bewildering and befuddling foreign visitors who venture into Egypt.

When Mark Twain visited the pyramids in 1866, for instance, he reported that he suffered "torture that no pen can describe from the hungry appeals for baksheesh that gleamed from Arab eyes." One hundred years before that, a certain Monsieur de Thevenot complained that he had to shell out 8 piasters just to be shown to a mummy pit near Saqqara. "The villagers are very greedy of money," he wrote, "and spare nothing to come by it. And as they fancy that we Franks always carry a good deal of money, they squeeze us all they can when they have us in their clutches."

These days -- though it's no longer legal to rifle through mummy pits or be carried up the pyramids on a litter -- baksheesh is still a thriving racket in tourist areas. The sunset ruse of the boy on the train, while certainly creative, is by no means the first time I've been hit up for spare change in an unorthodox manner.

Among the tombs and temples on the west bank of Luxor, for example, I discovered that the valiant quest for baksheesh had resulted in all sorts of dubiously useful innovations. In the tomb of Tuthmosis III, I saw a man in a turban doing a brisk trade by skulking around and fanning sweaty tourists with a piece of cardboard. In the tomb of Userhet, an enterprising Egyptian had angled a set of mirrors so that he could refract sunlight into the inner chambers with a big sheet of aluminum foil -- the tomb's electric lighting system, I noticed, had been mysteriously unplugged. In the temple of Hatshepsut, a self-styled tour guide had staked out a set of cow-themed murals near the second colonnade. "This is a cow," he'd say in an authoritative voice whenever people strolled by. Every so often -- perhaps out of weary habit -- someone would tip him a few piasters.

Even away from Luxor's monuments, I found that baksheesh had irrevocably worked its way into the local pricing system. In the town of Luxor, a supposed 1-pound (29-cent) sandwich became a 2-pound (58-cent) sandwich when I had the gluttonous audacity to eat both halves of it. A 5-pound ($1.45) ride in a taxi became an 8-pound ($2.32) ride when my luggage had to pay a 3-pound fee. A 10-pound ($2.90) restaurant bill became a 12-pound ($3.48) bill once the table-rental fee was added in. And no matter how many separate times I bargained the street vendors down to 50 piasters (15 cents), bidding on falafel always began at 2 pounds (58 cents).

Amid this sort of confusion, it can sometimes be hard to determine which human acts are and are not baksheesh-worthy. Even in Western society, which prides itself on fixed prices, the system for tipping service workers makes for some odd paradoxes. Why do we tip taxi drivers when we don't tip bus drivers? Why do we tip bartenders when we don't tip appliance repair people? Why do we tip waiters when we don't tip fast-food workers? For some reason, it doesn't seem to matter. Steve Buscemi's famous rant from "Reservoir Dogs" aside, Western-style tipping has been standardized in such a way that we don't have to think much about it.

The Egyptian baksheesh system, on the other hand, has no recognizable standard. Any human act -- from opening a door to revealing the location of a toilet -- potentially carries a price. Sunsets are no exception.

If there is any saving grace of baksheesh, it's that Egyptians use it among themselves just as much as they use it on tourists. Since most Egyptian workers receive low salaries, tips and payoffs are seen as a way to both provide incentive and supplement income. Nobody in Cairo, it is said, can get basic services -- mail, phone, electricity -- without slipping a little baksheesh to the right people.

Moreover, baksheesh serves a religious function in Arab lands, since the practice of giving alms to the needy is one of the five central pillars of Islam. Doling out baksheesh is often a mere extension of Muslim piety, and asking for it is not seen as underhanded or shameful.

Consequently, as with any local custom, the best way to get the hang of baksheesh in Egypt is to watch how the natives do it. After six weeks in the country, I no longer hesitate to plunk down 50 piasters (15 cents) whenever I get fast and friendly service in a coffee shop. Nor do I hesitate to shell out some dough when the bus baggage handler crawls into the luggage hatch to fetch my pack. Fruit vendors who tip the scales in my favor generally get a small bonus, as do movie ushers who give me a good seat.

In the end, the baksheesh ritual becomes -- like any exercise in ambiguity -- a matter of trusting your instincts and acting like you know what you're doing.

And this is why I don't hesitate to give the boy in the blue jacket 50 piasters for showing me what I could just as easily have seen on my own. After all, 15 cents isn't such a bad price to pay for a sunset -- and I might have missed it otherwise.