The stumbles of a Kleiner Perkins-funded Linux start-up prove that money isn't everything in the world of free software. 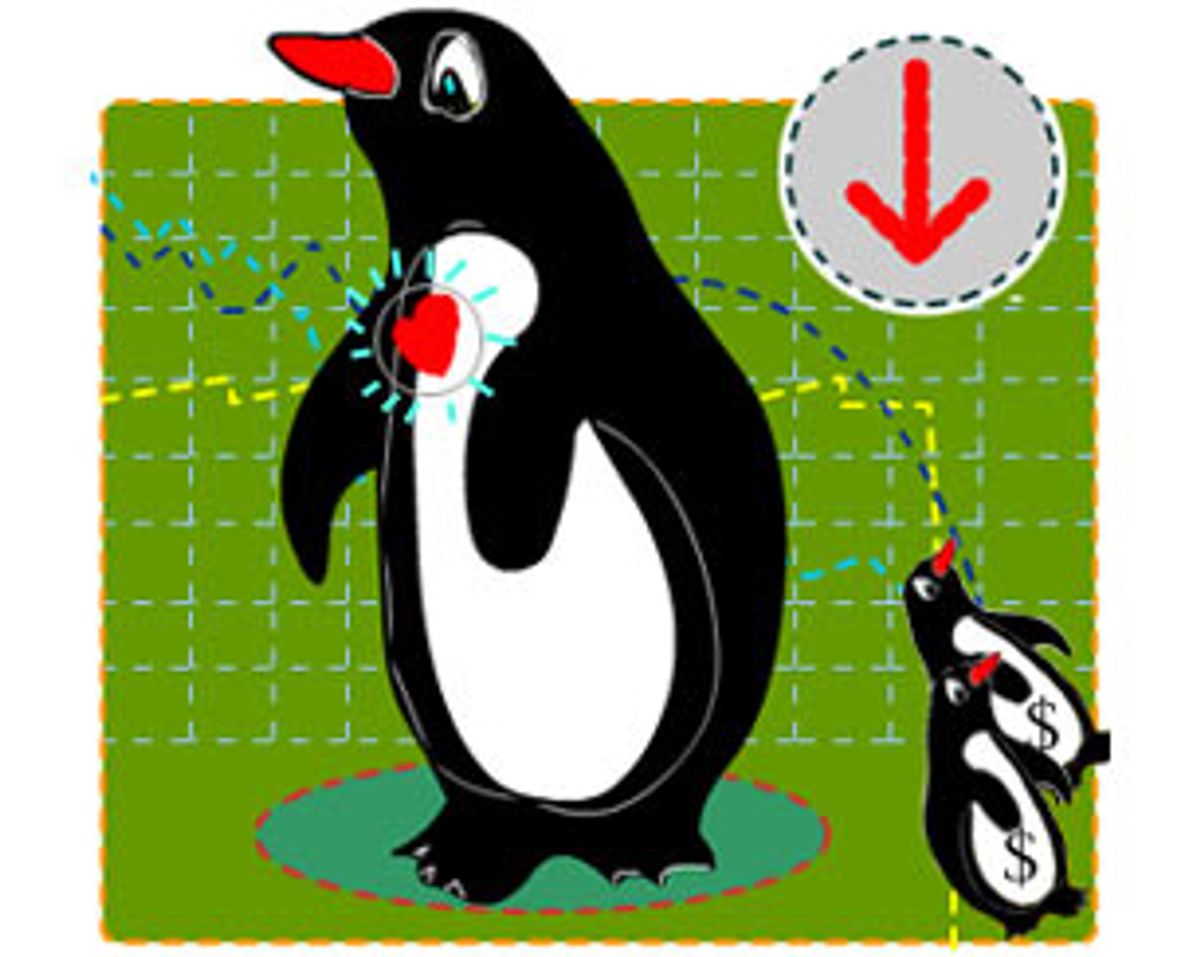 The news that Linuxcare and its CEO Fernand Sarrat were "parting ways" sparked a predictable hubbub in the Linux-watching community over the weekend -- kind of like a beehive poked with a stick. Never mind that Linuxcare co-founder Art Tyde is calling Sarrat's departure a "non-event." To put it mildly, it is never good news when a start-up loses its CEO just before it is scheduled to go public. Potential investors are unlikely to be amused.

The wider community of Linux enthusiasts is also unlikely to be impressed. In the current stock-market climate, when nearly every public Linux company is trading at an all-time low, Linuxcare's stumble, at first glance, seems to offer yet more ammunition for anti-open-source snipers. Now that the euphoria encouraged by last year's Red Hat and VA Linux IPOs has faded like the buzz from a New Year's Eve party in the cold light of a hangover, an impressive amount of doom-and-gloom is billowing out of open-source hangouts. Sagging stock prices are taken as evidence that there is no viable commercial model for open-source software. And the unseemly events at Linuxcare -- did Sarrat resign or was he axed? -- are being hailed as the clearest signal yet that the Free Software Emperor is buck naked.

But before we start practicing our eulogies, it might be worth taking a closer look at two closely related points. First, just what kind of company is Linuxcare, anyway? And second, is it really useful to judge the health of Linux by watching stock prices surge up and down?

The answer to the first question sets up the second. Linuxcare, the most high-profile example of a company attempting to base a business model on selling support services for open-source software, is largely the creation of Silicon Valley's premier venture capital firm, Kleiner Perkins. Back in early 1999, Linuxcare exploded onto the scene with all the fireworks one might expect from a company with access to the never-ending funding spigot of Kleiner Perkins and the networking abilities of the likes of John Doerr and Vinod Khosla. At the March 1999 LinuxWorld convention, Linuxcare hosted a huge party for thousands of convention goers, and shortly afterward nominated Linus Torvalds for president in a full page Wall Street Journal advertisement. In short order, it boasted an expensive public-relations firm and brand-name executives hand-picked by Kleiner Perkins to give the start-up instant street cred in the financial community.

Other Linux entrepreneurs who had struggled for years to make businesses out of an unknown operating system could only stand by and watch in amazement at the spectacle of what Kleiner Perkins' millions could buy. Big money had come to play, and the game would never be the same again. Months before Red Hat's IPO, Kleiner Perkins' entry offered the clearest proof yet that free software had become entangled in the New Economy nexus of Silicon Valley and Wall Street. Sure, Linuxcare founders like Art Tyde would repeatedly tell the press that they weren't doing this for the IPO, that this was all about supporting "the community" -- but no one could possibly believe that the venture capitalists had the same motivation. Kleiner Perkins wanted a piece of the oncoming Linux IPO pie, and so they pounced, hard and fast.

It must be hugely embarrassing to Kleiner Perkins that one of the executives it chose to lead its Linux start-up has left under a cloud right before the company was scheduled to start the "road show" touting its merits. Not what you would expect from the valley's VC crhme de la crhme. Tyde once noted, proudly, that the decision to fund Linuxcare was "the quickest deal Kleiner Perkins ever did." Perhaps they should have taken a bit more time.

Kleiner Perkins' misstep is hardly a reflection on the value of Linux, or the strength of the open-source services and support business model. Quite the opposite -- it is, instead, a warning signal of the weaknesses inherent in applying venture capital insta-company strategy to the world of free software. Just because you have the billions necessary to hire name-brand executives and PR firms and throw huge parties doesn't necessarily mean you know what Linux is all about. And from that perspective, the news that Tyde has been named a member of Linuxcare's new four-headed "office of the CEO" monster is encouraging, because Tyde does understand Linux and the value of the open-source approach to software.

On to question two -- in the current depressed stock market climate for Linux companies, isn't the turmoil at Linuxcare just another sign that investors have no business being in the Linux business?

Fickle, fickle, fickle. Just a few months ago, critics of the various Linux-related IPOs were howling at what they called the absurdly high valuations of Linux companies. Now that the stock prices of companies like Red Hat and VA Linux are sinking down to more reasonable levels (VA Linux, for example, was down Monday morning to $55 from an opening day high in December of $320), the decline is suddenly taken as evidence that there is no money to be made in free software at all. Case in point: the not-so-spectacular debut of Caldera was widely reported as proof that Wall Street had soured on Linux. Time to bail out, and pity the poor individual investor who got caught buying in too late. Wall Street's honeymoon with Linux is over, and divorce papers are in the mail.

Of course, anyone who had been paying attention to the companies involved in the commercialization of Linux might have noticed that it was perfectly natural for Caldera to elicit less excitement than Red Hat or VA Linux. The latter two companies command more mind share from the public at large, employ more prominent open-source programmers, and enjoy more respect from the open-source community than most their competitors. Viewed in this light, Caldera, which had a smaller market share than Red Hat to begin with, got exactly the IPO it deserved.

But more importantly, both the hype that launched the initial Wall Street love affair with Linux and the disavowals that are currently raging through the investment community have far more to do with the disfunctionality of the current market economy than any rational appraisal of Linux's future. For years, buzz has driven the market -- remember push? Remember portals? For a few months Linux enjoyed the ride. Now that the whole dot-com economy is looking weak to Wall Street and the day-traders are beginning to run scared, the open-source companies that delighted in taking advantage of investor passions are paying the price. Live by the hype, die by the hype.

But we still don't know whether there is real money to be made from Linux. Neither the swing in stock prices nor Linuxcare's CEO shuffling offer any real evidence one way or another. The only thing that these data points prove is that when money is spent on a grand Kleiner Perkins scale and stock prices are the stuff of daily headlines we enter a realm that is very, very distracting.

Because guess what? The market share of Linux-based operating systems continues to rise. Worldwide, people and companies involved in setting up computers systems are increasingly turning to open-source solutions. The Apache Web server continues to gain market share at the expense of Microsoft. Programming and scripting languages like Perl, Python and PHP continue to surge in popularity. Even the creators of the much-beloved Macintosh desktop interface are now working on Linux.

Someone, somewhere, will figure out how to make money out of these realities. Whether or not the stock market approves.