When families hit the Capitol last week, they demanded answers about the source of their children's autism. 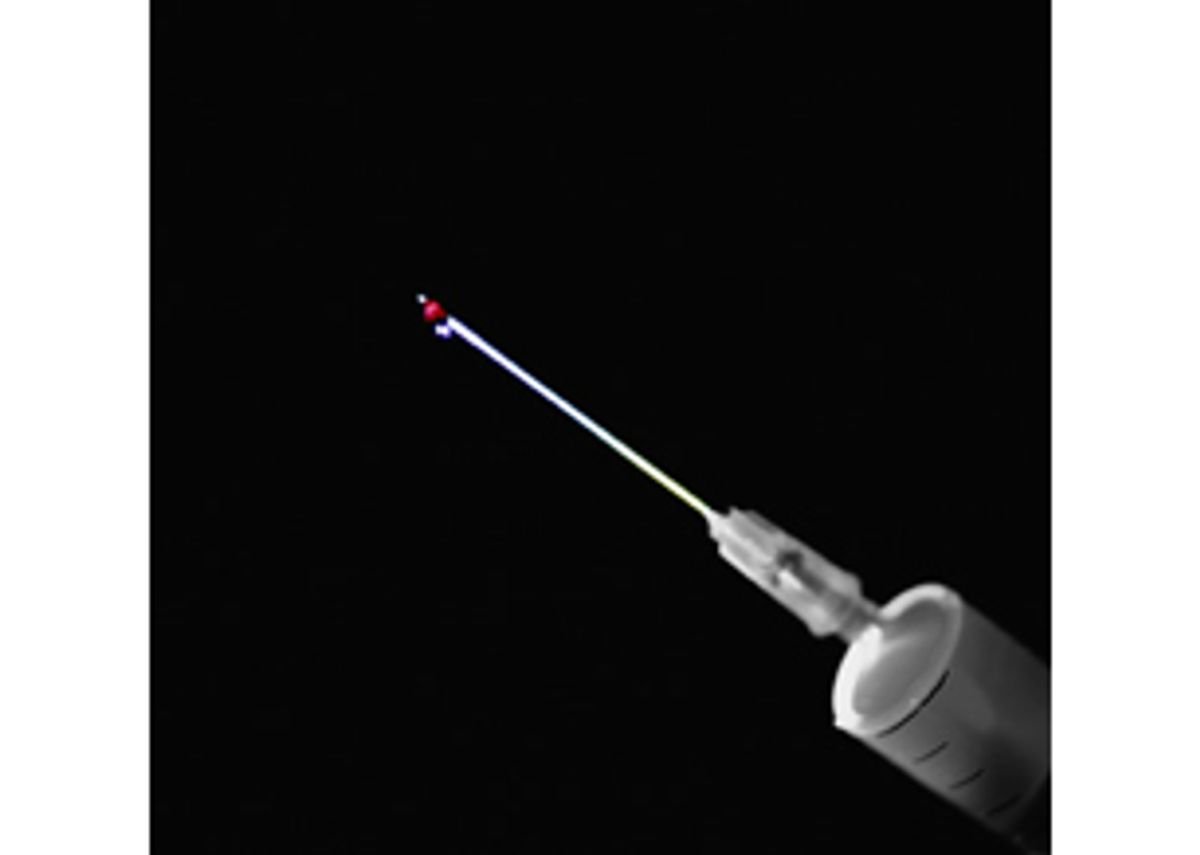 You couldn't pick a better day for a
rally on the Mall. The Capitol
gleams white as a Clorox bottle against
a sapphire sky. New elm leaves
sway in the breeze. Everything is clear
and cool and clean, so different from
the lives of the families who have come
asking the government to find out what
happened to their children.

Bob Howley, 43, is watching his daughter
Kathleen, a brunet 8-year-old dressed in
blue tights and a flowered shirt.
Kathleen is intent
on something, but it isn't clear what.
She is proceeding in a tight circle,
slowly pumping her legs like a
Lipizzaner on parade. Someone on
the soundstage is blaming the Centers
for Disease Control for poisoning our
children. Kathleen is far away, in the
land of strong horses.

Her dad watches, but does not
understand. "It's very odd," he brings
himself to say. Kathleen seemed normal
before she got pneumonia at age 2.
When she came home from the hospital,
something had changed. At age 3 she
was diagnosed as autistic. Since then
she's been in a world of her own.

Locked away on psychiatric wards,
thought to be unreachable and
unteachable, autistic people like
Kathleen didn't pose much of a dilemma
for society until recently. That has
changed in the past several years, as
children newly diagnosed as autistic
have swamped special education programs
around
the country.

The number of kids and teenagers labeled
autistic rose from 23,000 in 1994
to 54,000 last year, an astonishing leap
that suggests something in
American life is driving a lot of
children crazy. Whether or not those
numbers reflect an epidemic or better
accounting, they have helped generate
a pointed debate about public health in
general and the risks of
vaccination in particular.

Autism is a range of disorders that
share in common an inability to relate
to
other people. Many autistic people never
talk. Others manage to learn rote
phrases. Many have odd behaviors, lining
up their toys in a precise
unfathomable order, compulsively
wriggling their fingers. Some feel no
pain when they smash their heads into
the sidewalk. Some wander into traffic.

For the most part, the origins of autism
remain a mystery. The most that
can be said is what is said about all
chronic ailments -- that it's a mixture
of genes and environment. Most parents
are baffled by the disorder, which
sometimes is evident practically at
birth, and other times kicks in in the
second year or later.

"It's an enigma," says Howley, an
actuary in Maplewood, N.J.
"They think there's a genetic basis of
it, then other things. It could
have been viruses. Or antibiotics. There
are so many theories."

It's equally hard to be sure how much
autism is really growing. Changing
diagnostic criteria, the latest in 1994,
have expanded the diagnosis to
include kids with milder problems. The
1990 Americans with Disability Act
mandated education for these children,
ensuring that they are counted and
monitored. The Internet brings parents
together, raising their convictions
and clout.

Many parents at last Saturday's rally,
backed by a powerful right-wing
congressman and a smattering of
research, believe they have found the
culprit for as many as half of the
autism cases. The guilty party, they
believe, is the vaccine.

At a hearing he called to coincide with
the Mall rally, Rep. Dan Burton,
R-Indiana, invited three panels of
witnesses to speak before his Government
Reform Committee. The panels were
stacked with parents and researchers who
believe that vaccines cause autism.
Strangely absent were mainstream autism
researchers and vaccine experts.

By some odd and tragic coincidence, both
Burton and Helen Chenoweth,
another fire-breathing, anti-government
Republican on the committee, are
both grandparents of autistic boys who
appeared to be developing normally
until they received
measles-mumps-rubella and other
combination vaccines when they were
15 months old.

The annals of autism research make it
clear that a subset of autistic children
suddenly regressed at this age long
before the measles vaccine became
available. But tell that to a parent
whose kid goes from bubbly chatmeister
to howling mute.

"I and my daughter truly believe this,"
Burton said at Thursday's hearing.
"I just can't believe it wasn't related
to the vaccine. When people tell
me it's a genetic problem, I'll tell you
-- that's just nuts."

"This hearing was called to establish
the point of view of the chairman
who believes there's a connection
between autism and vaccination,"
countered Henry Waxman of California,
the lead Democrat on the committee.
"But why should we scare people about
immunization until we know the
facts?"

Burton's first witnesses were Andrew
Wakefield of Scotland and John O'Leary
of Ireland, who believe they have shown
that autistic children
suffering from gastrointestinal
problems have measles viruses colonizing
immune cells in
their guts.

Wakefield, a gastroenterologist, said
this suggests that a subset of
autistic people may suffer brain
inflammation resulting from infections
that
began in their intestines after they
were inoculated with the
measles-mumps-rubella (MMR) vaccine.

The vaccine community bitterly contests
Wakefield's measles claims. Brent
Taylor, who, like Wakefield, serves at
the Royal Free Hospital in London,
completed a study this year that showed
no epidemiological evidence for a
measles vaccine-autism link.

Wakefield's studies of the measles
vaccine, which appeared in the Lancet,
have received enormous press attention
in the United Kingdom. Frightened
Britons have kept their kids away from
the measles "jab," and rates of
vaccination against the highly
contagious disease fell to about 85
percent
last year.

Epidemiologists have been predicting a
measles epidemic to result and this
week got some confirmation: Ireland
reported an outbreak of 300 measles
cases, compared to only 30 in all of
1999. Two of the new cases were
infants who had to be hospitalized with
pneumonia complications.

"My fear," says Benjamin Schwartz of the
CDC's immunization program, "is
that we could get the same thing here."

Wakefield acknowledges that his is a
hypothesis. But he and other
researchers believe the public health
bureaucracy is circling the wagons
around the vaccination program -- a
priority of the Clinton
administration -- and should put some
research money into the question.

Government scientists are skeptical.
Wakefield has refused to share his
tissue samples with the CDC and "we
don't see a credible hypothesis to
test," says Schwartz. Noting that most
of the data presented by Wakefield
and O'Leary is unpublished, he added,
"There's a danger in reporting
scientific findings at a congressional
hearing."

For Schwartz and many others, the fact
that a significant portion of
autistic kids regress into silence
shortly after their MMR shots is just a
sad coincidence. "That's not a very easy
explanation for a parent
devastated by this disease, and I think
it points out the importance of us
finding a scientific reason why children
are autistic," he says.

A small group of scientists hypothesize
that low-grade infections caused by
live viruses in MMR and other vaccines
may overwhelm the immune systems of
a small percentage of toddlers. Proving
this requires complex experiments
in an arcane field called
neuroimmunology.

Neurologist Candace Pert and her
virologist husband Michael Ruff,
co-directors of Georgetown University's
Institute For New Medicine, are
members of this cutting edge, or fringe,
as the case may be. They step
lively where most scientists fear to
tread.

The idea that vaccines, arguably the top
public health achievement of the
past half century, are damaging children
"is such a horrible possibility,
or in my eyes a high probability, that
no one wants to be associated with
it," Pert says. "And that's tragic
because it's all been done in the name
of good. But it has to be pinned down.
It's too important to be just a
philosophical debate."