"Where the Money Is" 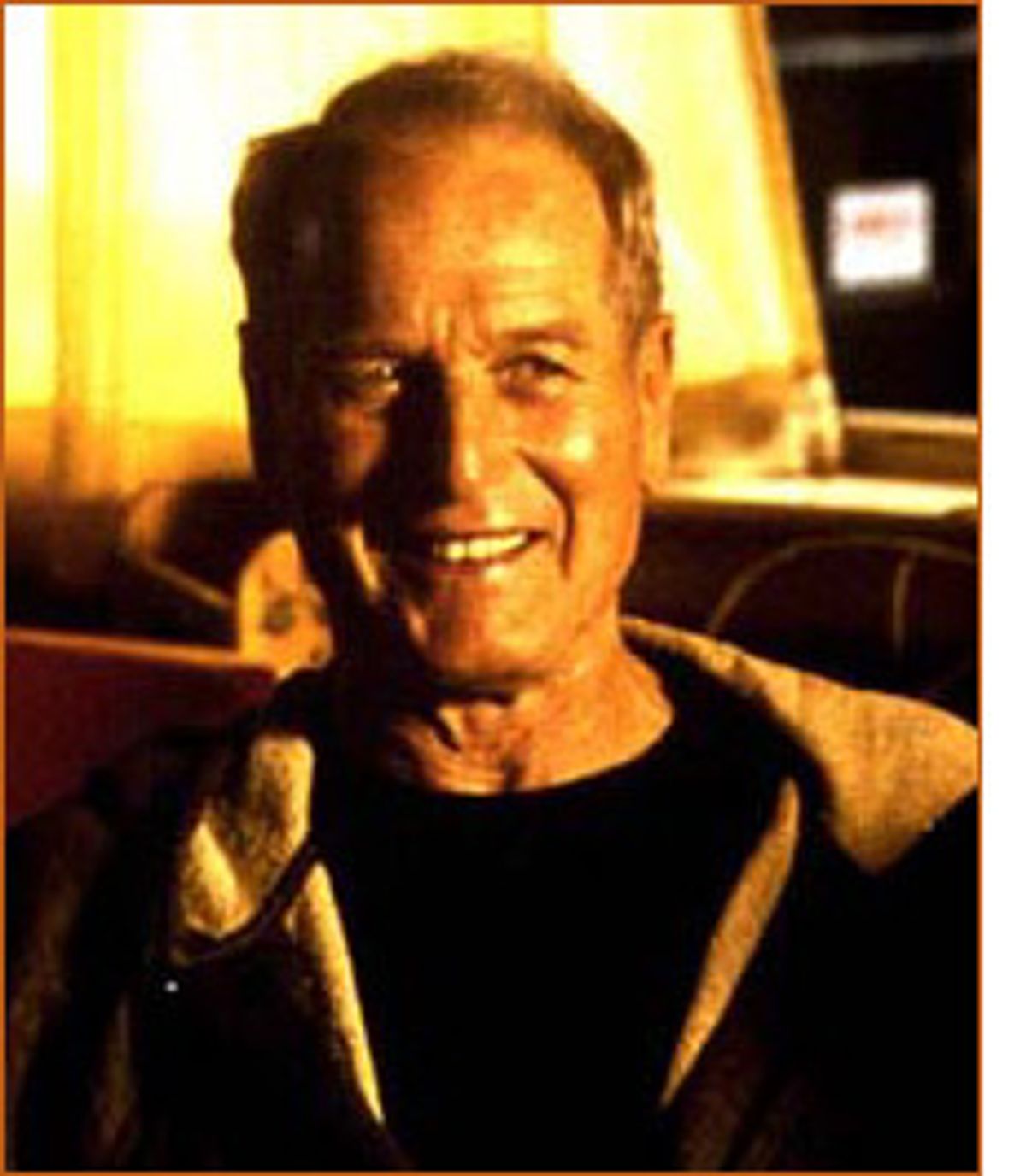 At 75, Paul Newman still has a bracing vigor. When you see him surrounded by the residents of a nursing home in the new "Where the Money Is," you're liable to think, what's he doing with these old people?

When an actor reaches the point in his life when more of his work is behind him than in front of him, you want the roles he does choose to be worth his precious time. Henry, the bank robber Newman plays in "Where the Money Is," offers him nothing like the riches of the great roles he has had in the past 23 years -- in movies like "Slap Shot," "Absence of Malice," "Fort Apache, the Bronx" and "Blaze." But the role does offer the rare pleasure of watching a star who is completely at ease both with himself and in front of the camera. Any youthful boastfulness was burned out of Newman years ago. What's left is charismatic authority that commands our respect by being neither swaggering nor immobile, in that wizened mandarin mode that Clint Eastwood developed long ago.

When Newman, streaming wet, walks down a pier toward the person who has just pushed him off, he doesn't need to do anything to be menacing. The directness of his stride and the dead-level set of his eyes do it all. And when he sits back in a bar and swallows his first taste of whiskey in five years, you can feel the spreading warmth of the booze simply in the way he exhales as he closes his eyes.

As an actor, Newman has reached the same place Miles Davis did on "Kind of Blue" (or, to use a rock 'n' roll analogy, as Charlie Watts -- the Miles Davis of drummers -- did on "Honky Tonk Women"), the place where spareness speaks volumes. Newman doesn't even play up the big laugh lines the movie hands him. When he's in a house surrounded by cops who announce, "Come out with your hands up!" he just smiles a little and says, "You haven't lived until somebody's said that to you." His line reading is funnier than an actor pushing for a laugh could ever manage. For most of "Where the Money Is" Newman is simply being rather than acting, and his confident ease is supremely pleasurable.

To get to that pleasure, though, you have to sit through some early scenes in which Newman, confined to a wheelchair, his head lolling, pretends to be a stroke victim. (There should be a law against actors playing stroke victims -- what's the use of verisimilitude that prevents actors from using their instrument?) Henry is a convicted bank robber who decides to play possum so he can be transferred to a low-security nursing home -- from which he plans to make his escape. It would work, except that Carol (Linda Fiorentino), the nurse assigned to him, suspects he's faking, and soon she has him agreeing to help her and her husband, Wayne (Dermot Mulroney), pull off an armored-car heist.

"Where the Money Is" is an occasionally diverting comedy that's too unassuming by half. It's pleasant enough to watch and it doesn't whack you over the head, but it doesn't stay in the mind very long. The last film credit I can find for director Marek Kanievska was the execrable film version of Bret Easton Ellis' novel "Less Than Zero" (given the source, could there be any other kind?), and he does a competent, thoroughly unmemorable job with only an intermittent hint of the slickness learned by doing commercials.

The story is credited to E. Max Frye, who shares screenplay credit with the team of Topper Lilien and Carroll Cartwright. I'm assuming that Frye's contribution was a first draft and I can only wish he had been given free rein. Frye is best known for writing Jonathan Demme's "Something Wild" (one of the best screenplays of the '80s). His only directing credit was for the comedy "Amos and Andrew," which he also wrote and which promptly disappeared after scathing reviews. The story of a con and a militant black playwright, the movie was a lot funnier than it got credit for. It was easy to imagine Frye becoming a better director with experience, but sadly he has never gotten another chance.

The reason I'm assuming the core spirit of "Where the Money Is" is Frye's is that it shares his fascination with crime as a means for people to reinvigorate their lives. With the exception of Ray Liotta's scary sociopath in "Something Wild," the criminals in Frye's world are oddballs who might have stepped out of a Preston Sturges movie. They're ordinary folk with no patience for the dullness of routine. That's what attracts Carol to Henry. Her marriage to Wayne has become hostage to staying economically afloat. But as it is, the movie lacks the details that would make their marriage and their relationship distinctive. Think of the moment in "Something Wild" when we finally see Jeff Daniels' suburban home stripped down to a Barcalounger, pictures of his departed children and empty McDonald's wrappers. That's the specificity that's missing here, and without it "Where the Money Is" can be nothing more than a mild caper picture at which to pass an hour and a half.

Fiorentino is as determinedly hard-bitten as the mannered style she has chosen to affect, but she has none of the pliability that was so surprising in "Dogma." Newman does bring out something more playful in her, though. In one scene he asks her to dance, and as she starts to gyrate a few feet in front of him Newman draws her to him with his arm in a gesture that, as small as it is, is overpoweringly sexual. No, there is no romance between Newman and Fiorentino, but who could blame them if there was? Those questions of older man-younger woman pairings seem moot when we're talking about Newman. Whether you're old or young, male or female, straight or gay, if you don't respond to him, it's time to call the undertaker.

It's too bad Mulroney's performance isn't shaped so that we'd be drawn to him and feel sorry for his predicament. Wayne loves his wife and wants to go along with her scheme, but he's too scared to let go of the normal life that's stifling him. He's the most sympathetic of wet blankets -- Mulroney is a very likable actor with a talent for underplaying and for getting at the weakness, almost the softness, of the good-natured ordinary guys he plays.

But "Where the Money Is" lacks any layers beyond its own amiable inconsequentiality. It needs the spark of the distinctively American slapstick craziness that has distinguished Frye's previous work. Its insistent niceness puts it behind the eight ball. If it had come from Europe, it might be saddled with reviews praising its "charm." But in the American screwball ranks it wants to join, it's the country mouse.