Take the hit, then reach for the tequila. 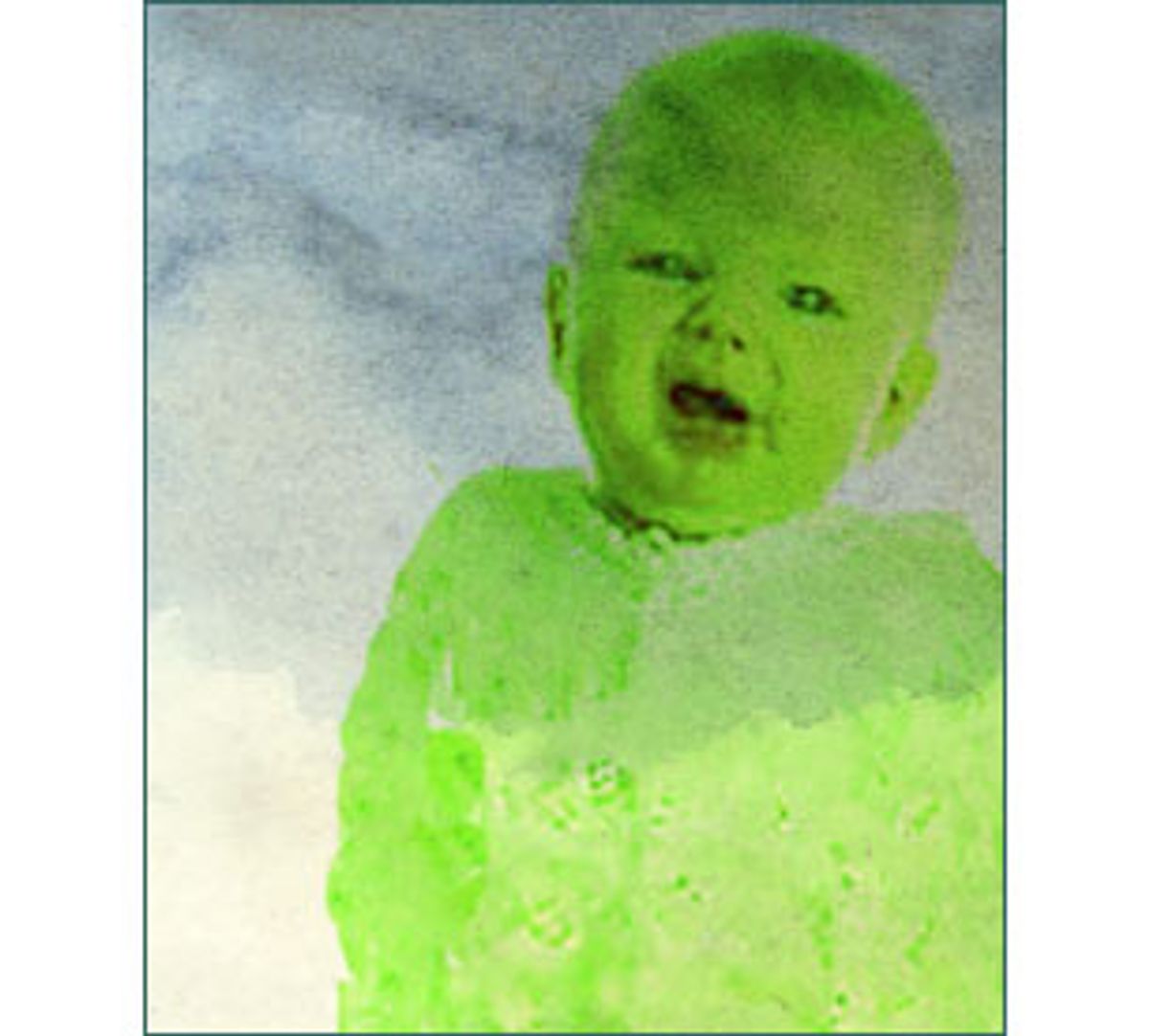 One of the most rewarding things about parenting -- the kind of thing that makes all the lost sleep, frazzled nerves and self-flagellation worthwhile -- is getting puked on.

Before becoming a parent, I had blessed little experience with vomit. Sure, there was the obligatory episode on orientation weekend as a college freshman, and one particularly messy bout with the stomach flu when I lived in Iowa. (Some might say puking is a symptom of living in Iowa, and I think that's what I said at the time, between heaves.)

But on the whole, my vomit visitations pre-parenthood were well below the arithmetic mean. Even my eldest was not, as they say, a spit-uppy baby. There was one memorable incident, while we were waiting to pay our toll on the Delaware Turnpike, when she opened up like a fire hydrant. I still can't read the odometer clearly.

But again, we had largely dodged the barf bullet. Until Max came along. Sweet, lovable, low-maintenance little Max -- the poster child for easy babies, with one annoying talent. He can puke, as James Jones might say, from here to eternity. Perhaps one day I'll have the presence of mind to actually measure the distance of one of his heaves, like some kind of upchuck shot put. But for now let me share my vast knowledge on what to do, or not to do, when what goes down must come up.

Your first instinct when the baby you're holding begins to throw up is simple and understandable -- move. Move the baby over a sink, a trash can; aim him at an open drawer, any receptacle will do. Sounds good, but this is a mistake.

All that moving does is increase his range and turn a disgusting but manageable cleanup job into a disaster that will require professional help. The guy from Sears will come to your house with his carpet cleaner, catch a glimpse of the tequila bottle atop the refrigerator and nod at you accusingly as you try to explain that it was the baby who soiled the blue shag.

But you can't stand still either. As is often the case in life, the best move is completely counterintuitive -- you should try to take the hit yourself. Think of yourself as some kind of deranged hockey goalie, because as gross as it is, it's a lot easier to clean it off yourself than off the furniture, especially if you've got wicker.

I've found that it works best to hold the baby at arms' length, thereby buying yourself a bit of time to react and block the barf before it careens over your shoulder. On the downside, it also affords you a really good view of the entire process, and let me tell you, nobody looks cute when he is throwing up, not even your own child.

But do it anyway. Absorb the shock and then assess the damage. The annoying thing is that babies tend to get really happy once they're done throwing up. This makes sense. After all, they've got like 46 feet of intestine smashed into a body the size of a shoebox, and puking likely relieves some pressure. But when they're happy they like to play, and they're not real fussy about what they play with. So you must act quickly or risk spreading the horror to other rooms.

Do not let go of the baby. Take him over to the changing table and take his clothes off, but not by pulling them over his head. This may seem obvious, but it's an important point, because not only is it completely vile, but babies seem to like it. And as you're changing the baby, ignore that stuff dripping from your eyelids. It's only baby puke, so grow up.

After you're done changing the baby, change your clothes. Take all the clothes, blankets, pillows, stuffed animals and toys that got yucked on and wrap them in a sheet. If your kids have any toys that really get on your nerves, throw them in too. Take the pile and put it somewhere that your spouse is sure to come upon, although not necessarily right away, as it ages nicely. This way you get to experience the event as a family, and no one feels left out. Then, as it says on the shampoo bottle, wash, rinse, repeat.

When you're all done, go to the kitchen, take the tequila bottle down, lean over the sink and empty the bottle over your head. That way at least you'll smell like something else for a while.