Not even court-ordered rehab could save this stumbling drunk of a picture. 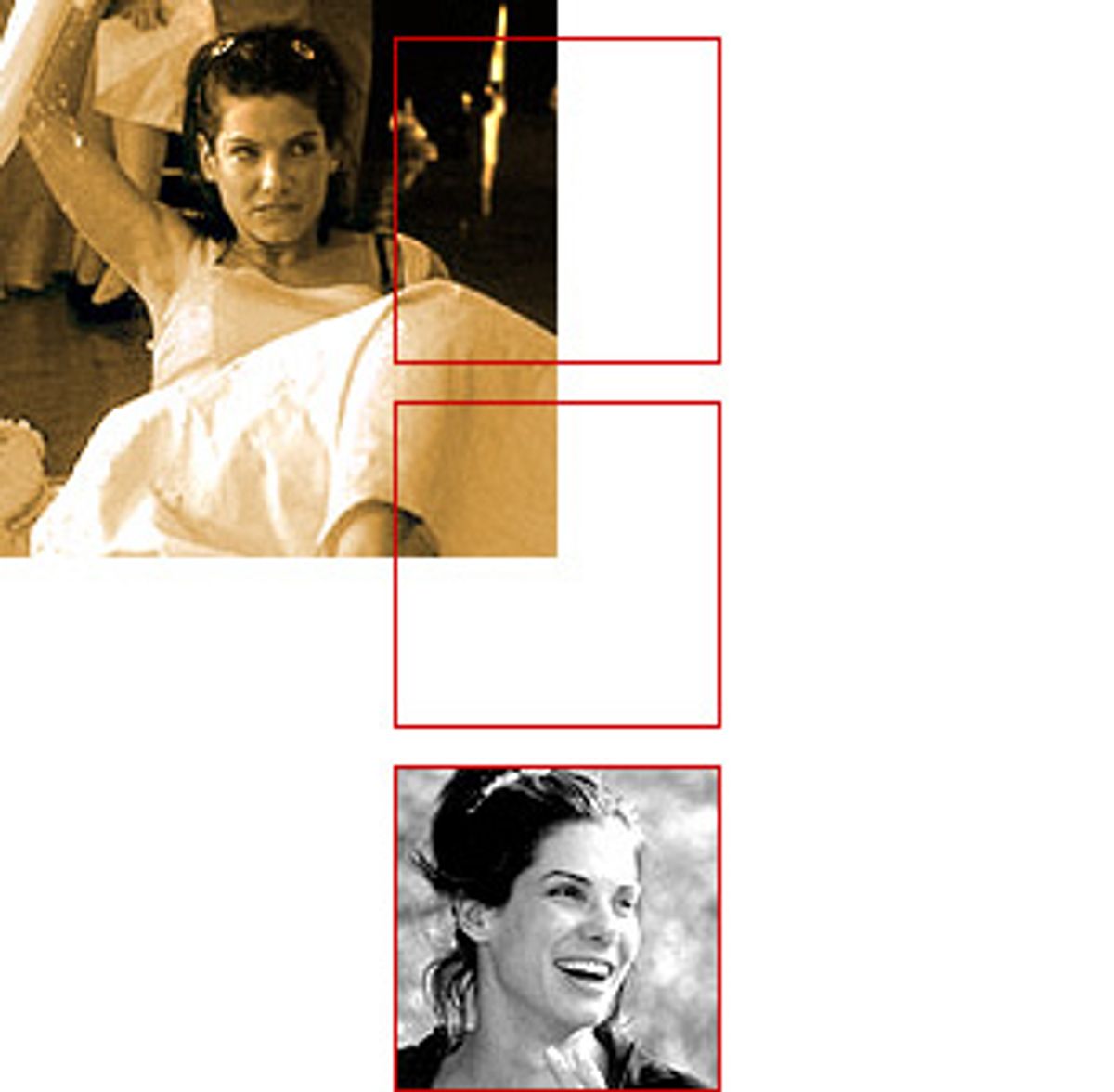 Hi, everybody! My name's Charley, and I'm a film critic.

But I guess you already knew that.

There's a lot of shame still associated with admitting that. People tell you you're too jaded to feel anything. They ask you why you can't just loosen up and have a good time. And it's never worse than when you pan some well-intentioned movie on an important subject.

Take "28 Days," for instance. That's the new movie in which Sandra Bullock plays a drunk who ends up in court-mandated rehab after crashing a limousine into the front end of a house. It's one of those movies that make you feel like you're going through a therapy session. It's about how we all have to learn to share and give, and it's just bound to hit some of us in our soft, marshmallow center. The thing you dread is letters from folks saying how they or someone they loved had a substance abuse problem and how this movie really captures what they went through.

It's the toughest thing for critics who write about a movie like this to get across that they aren't criticizing recovering substance abusers but a bad movie about substance abuse. But with the support and help of my fellow critics, I've learned not to be ashamed of what I am. (Though some of them are pretty dense sometimes. Have you seen those dum-dum reviews of "Mission to Mars"? Jesus! Stevie Wonder would have been more receptive to that movie's visual magic.)

What's weird about "28 Days" is that for a movie so soppy at its core, it plays like an attempt on the part of the people who made it to show their toughness. Bullock, in particular, seems desperate to show she's something other than America's cuddlebug. Her character, we're told, is a writer, though we never find out what kind (journalist? novelist?) or how she has been able to hold down a job. From the looks of things, though, she's one of those people who somehow survive just by hanging out in SoHo cafes. Bullock does just fine in the movie's early scenes. She gets at the particular selfishness of drunks, particularly trendy drunks who look down their noses at everybody else going about their necessary routines. Bullock has all the hip prerequisites -- the hip hangouts, the fashionably crummy loft apartment, even the irritating, smugly with-it English boyfriend (Dominic West -- did they cast this guy or pick him up taking a cigarette break in front of the Condi Nast building?).

But Susannah Grant's script (not nearly as good as her work on "Erin Brockovich" and "Ever After") doesn't take that hard line for very long. Bullock is no sooner in rehab than we start getting flashbacks to her childhood with a drunken mother and we're cued to realize (sob!) how she not only inherited this behavior but was driven to it because she wasn't cared for. Soon, even her sister (Elizabeth Perkins), whose wedding Bullock wrecked, is forgiving her among tears and hugs, because "28 Days" turns out to be one of those wishy-washy movies where drunks have to be the ones to help themselves though their predicament isn't really their fault.

Starting with the messes drunks leave other people to clean up for them, the story soon shifts to the messes that drunks have been saddled with to clean up on their own. It's not the compassion I question here or even the idea that substance abuse is something in your genes. (If I can inherent my grandfather's temper, why can't someone else inherit a relative's weakness for the sauce?) It's that the movie begins by showing us the way substance abuse frees up the nastiness and resentment inside of people and then wants to deny that that nastiness was there to begin with.

Director Betty Thomas seems to be playing the toughness game as much as her star. What has distinguished Thomas, a competent filmmaker (and in the first "Brady Bunch" movie, a bit better than that), is the particular good humor of her comedies. You could point to all sorts of things that were wrong with her Eddie Murphy vehicle, "Doctor Dolittle," but they didn't detract much from the bright animal gags the movie kept coming up with. (OK, I admit it -- I'm a sucker for animals.)

The movie starts out as if Thomas has to admit she's a Serious Filmmaker, with lots of distorted hand-held
camera and abrupt editing to signify Bullock's drunken bleariness. And though she settles into comic mode in the rehab scenes, Thomas is no longer cracking jokes for their own sake but for the touchy-feely point they make. You lose sight of the good actors here, such as Steve Buscemi (cast against type as Bullock's counselor) or Marianne Jean-Baptiste (the black daughter from "Secrets and Lies"), and start concentrating on the function each character fills. Which one is Bullock's potential love interest? Which one is most lovably wacky (Alan Tudyk, who gets to be not only the comic German but the comic queer?) And, of course, which one isn't going to make it?

The closest "28 Days" comes to authenticity is that it may be the closest any of us ever comes to an alcoholic blackout. A couple of hours after you've seen it, you find yourself scratching your head and asking, What did I do tonight?