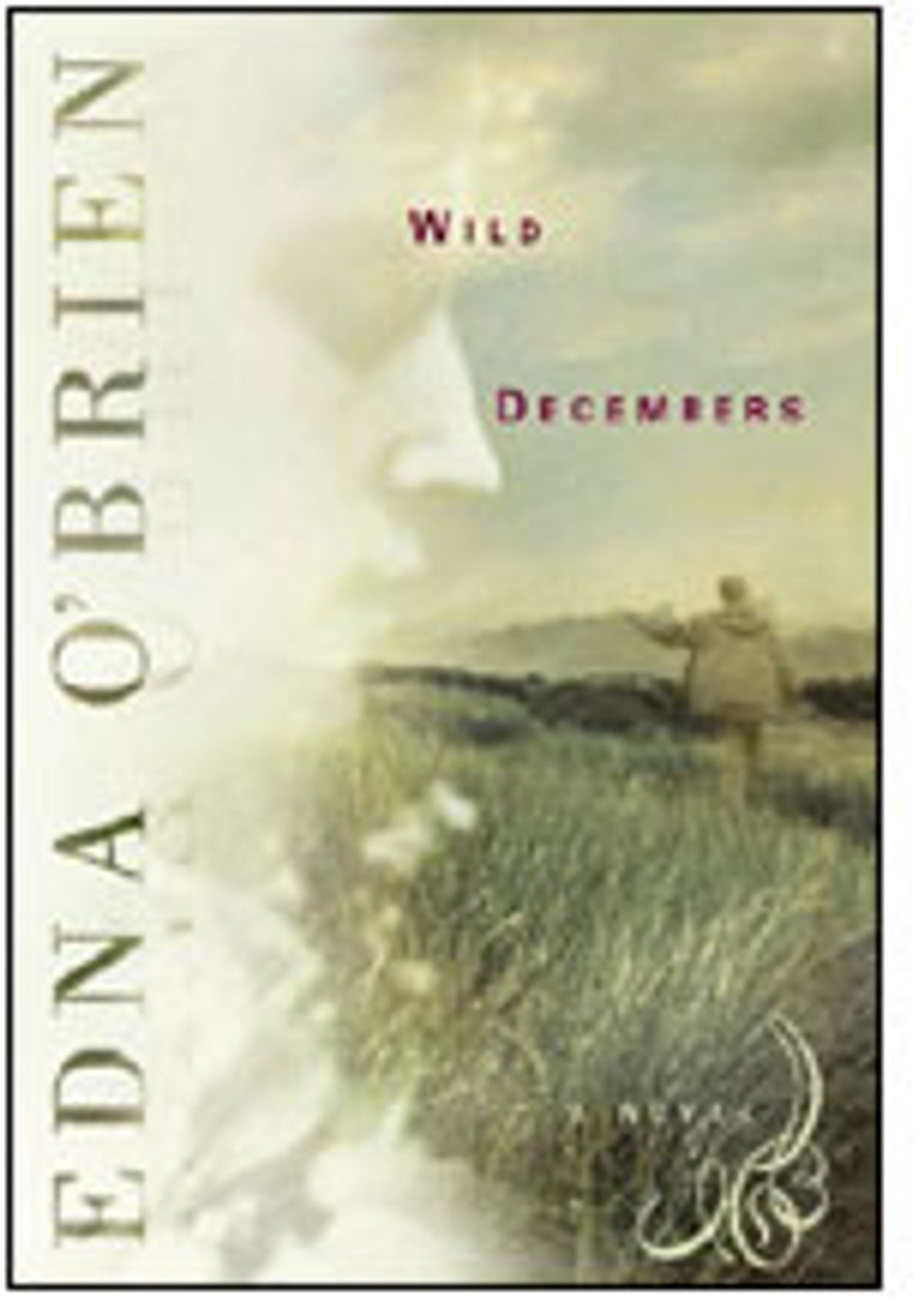 If you need any further proof that Edna O'Brien is one of our greatest living novelists, "Wild Decembers" is it -- not necessarily because it's her best work (it probably isn't, though I would be hard-pressed to choose a favorite) but because it shows how deftly she can pack an epic yet exceptionally delicate tale into a surprisingly small number of pages. "Wild Decembers" is a story about long-standing family feuds propagated mostly by men, and about the subtler rivalries that thrive -- quietly, like malevolent deep-forest mushrooms -- between women. It's a love story and a murder ballad, dark and glistening and magically beautiful.

O'Brien has a gift for writing about country life without making it seem quirky or quaint. She's not offering up her characters for the scrutiny of city sophisticates -- she's collapsing the distance between their lives and ours. A village dance replete with stolen kisses, a pair of oversexed and mercenary sisters who aren't above crying "rape" if there's money in it, a fawnlike greyhound pup who steals the hearts of every man and woman who lays eyes on him: These are the layers of detail that O'Brien banks around her narrative, bringing a time and a place and a way of life into sharp focus even as she's unfurling any number of gossamer emotional undercurrents.

Set in western Ireland in the 1970s, "Wild Decembers" chronicles the feud between Joseph Brennan and newcomer Mick Bugler. The latter has just arrived to take possession of some family land on what Brennan considers "his" mountain; at first, Brennan is fascinated by and attracted to the hypnotic Bugler, but before long his jealousy and suspicion get the better of him. Worse yet, his younger sister Breege is beginning to drift (if not fall madly) into love with Bugler. And Bugler, who may be falling in love with her as well, is betrothed to a woman who's due to join him in his new home in a matter of months.

The story isn't complicated, but it runs deep. O'Brien defines the magnitude of the land feud early on, describing "fields that mean more than fields, fields that translate into nuptials into blood; fields lost, regained, and lost again in that fickle and fractured sequence of things." O'Brien leads us by the hand through a troubling, fiery, resoundingly passionate story, and her language is an irresistible secret weapon: It isn't wrought into poetry so much as molded into gentle curves that suggest the slope of a grassy hill or echo the rush of a wave. It cuts right to the heart of the most terrifying and exquisite human feelings without ever becoming florid or overwrought, as when Breege acknowledges what has happened to her and how it's too late to turn away from it:

Bugler opened up some vein in me, and it is not his fault no more than it is mine. I will know him again, I will be the one to hold him when dead, the one to bury him. I know that ... You can go years and years of normal life, all day, every day, milking, foddering, saying the given things, and then one day something opens in you, wild and marvellous, like the great rills that run down the mountain in the rain, rapid, jouncing, turning everything they touch into something living; a mossy log suddenly having the intent and slither of a crocodile.

You can find writers who are just as fierce and fearless, or as attuned to language, or as sensitive to delicate secrets. But very rarely do you find them all in one package. "Wild Decembers" is a smallish book with greatness in its veins, and if its title conjures up the depth of winter, at its core it feels like the full-on rush of springtime.