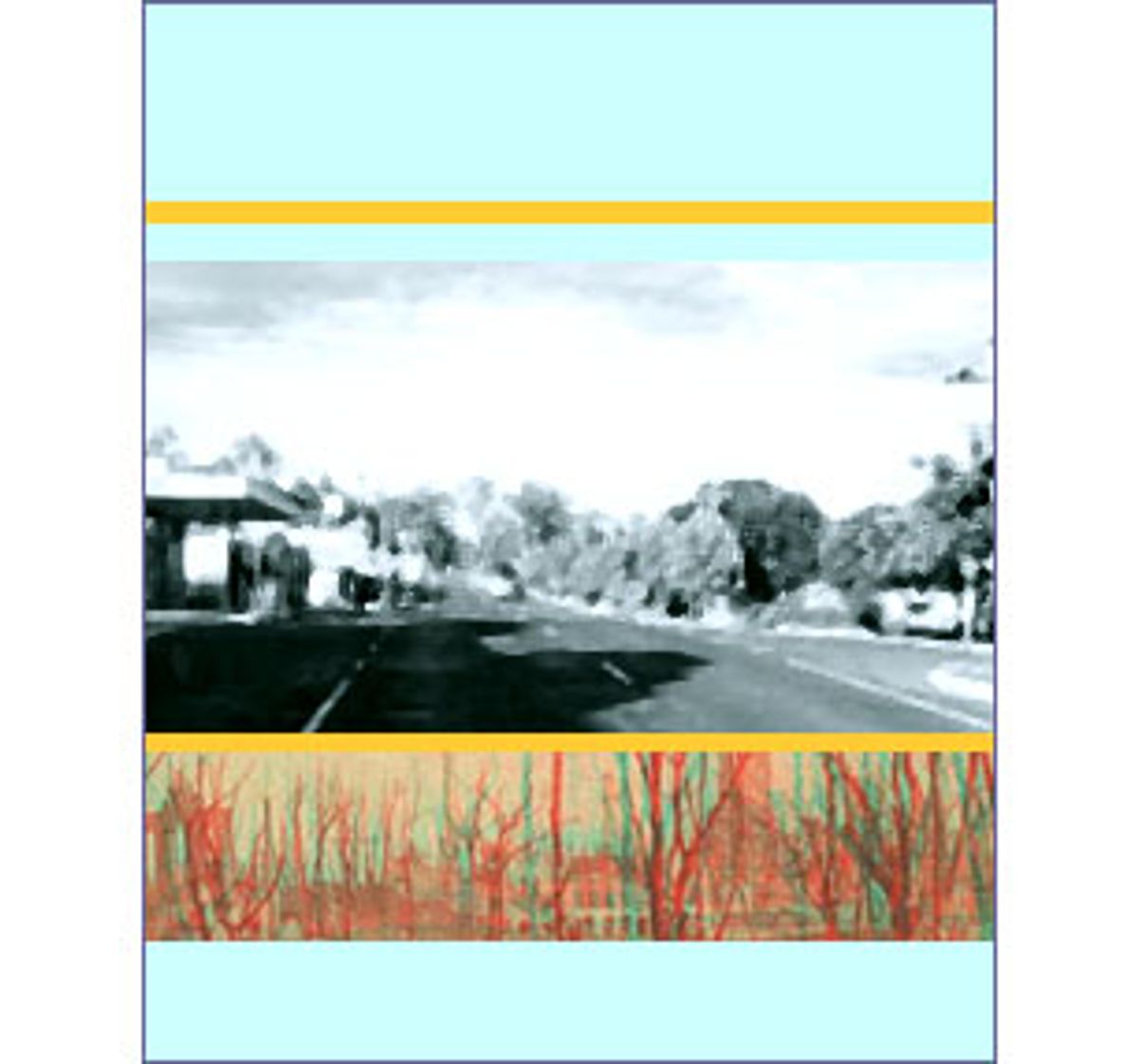 I can no longer think about my hometown without remembering that Timothy McVeigh grew up there. And when he isn't thinking about the mountain of rubble in Oklahoma City, the lives he ruined and ended, what hometown reveries have soothed him in his little cell these past five years?

Maybe he likes to recall his father shuffling into their home after a long day on the mass-production line at the radiator plant, the gray lunchbox rattling with dirty silverware as the tired man opened it and lifted out vending-machine candy for his children. Maybe he recalls his neighborhood friends, or a certain girl who never knew that he loved her.

I recall McVeigh -- what he did in Oklahoma City -- and then I recall our hometown of Pendleton, N.Y.

I recall the joyous battles my friends and I fought with toy guns -- "Blam! Blam! You're dead!" -- and with snowballs and apples and horse chestnuts and BB's. I recall Andy and David Strout crying and cursing as they jabbed at and circled each other with gardening tools. I once saw Charley Schroeder beat up the three Strout brothers in quick succession. A boy in my neighborhood enjoyed decapitating nestlings with his hands, crushing toads beneath his sneakers and setting cats on fire.

When I was 16 and attending a beer bash thrown by a boy whose parents were on vacation, three boys from the nearby town of Lockport made the brash mistake of crashing the party while wearing the varsity jackets of their school.

A smiling Pendleton boy walked up to them, said hello and swung his fist. The room fell silent as the shocked Lockport boys froze for a moment; then one of them spit out a mouthful of red froth and teeth. As if the sight of blood had incited wolves, several other boys joined the attack on the out-of-towners. A case of bowling trophies smashed down, leaving the host kneeling over the shattered trophies, saying over and over, "My father's gonna kill me."

An hour later, a long line of cars, each packed full of angry boys from Lockport, stopped outside the house. Our host staggered into the front yard carrying a loaded shotgun, the one he assumed his father would kill him with, sweeping it back and forth, screaming, "Get the hell outta here!" Then he aimed the gun at the driver of the lead car, and slowly the caravan began to pull away -- the occupants having met their match in beer and barbarity.

After a boy from Pendleton murdered 168 people and seriously injured 600 others in Oklahoma City on April 19, 1995, Time magazine reporter George J. Church described Pendleton as a blissful place, and added, "How Timothy McVeigh, coming from this background, could have evolved into an embittered right-wing loner is not easy to imagine."

Like children everywhere, the children of Pendleton have lacked inherent innocence -- but Church was right, despite his idyllic portrait of Pendleton. It is hard to imagine how a boy from Pendleton could grow up into America's most monstrous mass murderer.

While they were playing guns, torturing animals and fistfighting, the boys I grew up with were also attending church, playing baseball and doing their homework. And almost without exception, they grew up into relatively happy men who obey the law, work hard and try to be good husbands and fathers.

Inspired by the Hardy Boys mystery series that I read and reread throughout my childhood, I occasionally sneaked out my bedroom window to search my neighborhood for evil to defeat. But I saw more or less the same scene in house after house, night after night: a man in a comfortable chair in a carpeted living room, his wife and two of his children on the sofa beneath a big framed print of mountains or a lake or the ocean, all watching television, and the man rubbing his eyes and yawning as Lawrence Welk introduced the Lennon Sisters, who sang sweetly into the living room.

It was not until 1995 that I could connect anyone from my hometown with serious criminality. And even then, I didn't recognize the criminal, who had been a toddler when I had left Pendleton for good.

But when the news cameras panned the mass murderer's hometown, I did recognize Pendleton. I recognized the church where little Timothy had received First Communion. I recognized our high school and the buses glinting in the spring sunshine as a teacher told the press that McVeigh had been a quiet student of average ability. I pictured and still picture the yellow buses growling past the squat town hall and dusty baseball diamonds and into the neighborhoods where over the thick green lawns the flags flew at half-mast.

Mark Phillips is author of the memoir "My Father's Cabin." His essays have been published in Commonweal, New York Times Magazine, Notre Dame Magazine, and previously in Salon.