Feminist sf grows up and gets wise in the conclusion of Suzy McKee Charnas' Holdfast Chronicles. 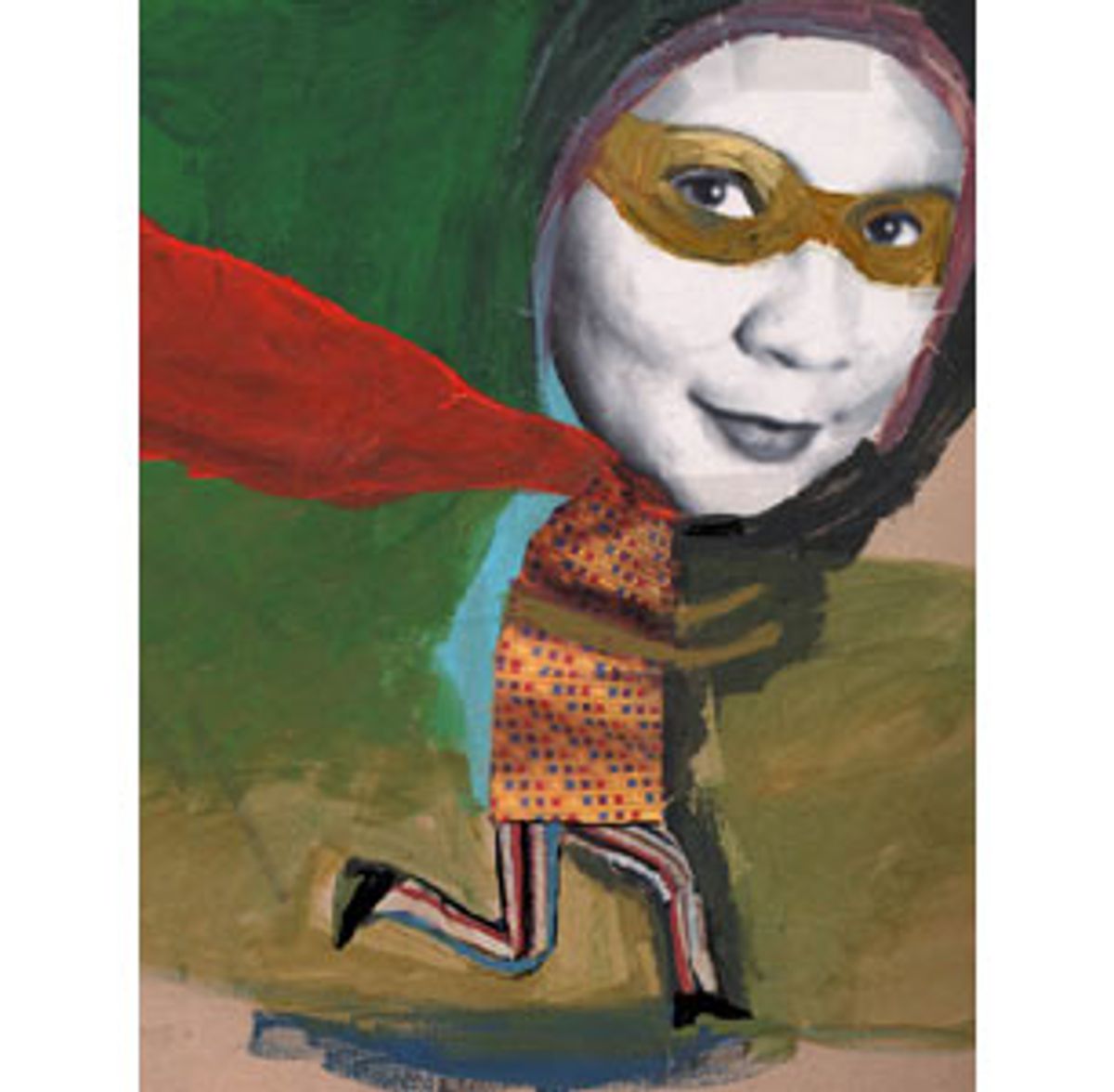 It has been many, many years since men -- with their pollution, their demand for sons and their machinery of war -- destroyed millions of people, changing the face of the planet we live on. Long ago, a few blond survivors waited out the worst of the Wasting in bunkers. Their descendants formed a new society called the Holdfast, based on domination: of women by men, of the young by the old, of the weak by the strong. But from time to time, a rare, brave woman escapes. Crossing the mountains, she exchanges slavery for life with the Riding Women, a race of people entirely independent of men.

Suzy McKee Charnas' Holdfast Chronicles fall squarely in the tradition of feminist Utopias/dystopias that produced Joanna Russ' "The Female Man" or Margaret Atwood's "The Handmaid's Tale," nourishing writers like Ursula K. Le Guin and Sherri S. Tepper. The latest book in the series, "The Conqueror's Child" (1999), recently won the James Tiptree Jr. Award, an annual literary prize for science fiction or fantasy that "explores and expands the roles of women and men." Produced over the course of 30 years, the Holdfast tetralogy offers a fascinating look back at the permutations of the feminist imagination in recent years, and it underlines the ideals and challenges faced by feminists -- sometimes on purpose and sometimes in spite of itself.

The first volume, "Walk to the End of the World" (1974), tells of underground rumblings among the slave women in the Holdfast as well as a rebellion among the young men, called Juniors, who scheme to wrest power from the ruling Seniors. Alldera, a "runner" or messenger, joins the rebel Juniors as a beast of burden, eventually winning her escape. In "Motherlines" (1978), she travels alone into what she imagines is empty land.

Starving, pregnant by one of the men who have raped her -- Servan d Layo the DarkDreamer, a shamanlike leader of a warrior drug cult, or his lover, the executioner Eykar Bek -- Alldera comes upon a cache of food near what look like the footprints of a monster. To Alldera, the Grasslands women and their horses are beings out of myth. To them, she's a familiar problem -- another runaway slave, a person to be viewed with pity and distrust.

Descended from a long-forgotten, pre-Wasting cloning experiment, the Riding Women reproduce parthenogenetically. Members of each Motherline, cousins with a single ancestress, look alike and share characteristic personality traits -- quarrelsomeness, perhaps, or a solemn outlook, or a disturbing taste for novelty. Through them Alldera finds other Free Fems, Holdfast escapees like herself. In "The Furies" (1994), she leads the Free Fems in battle. With the help of horses, weapons and allies from the Grasslands, they conquer the Holdfast and enslave the men.

"The Conqueror's Child," the last and newest book in the Holdfast Chronicles, explores what sorts of societies are possible for the descendants of slaves. The narrator, Sorrel Alldersdaughter, has a problem with her blood mother. This passage from "Motherlines" should help explain why:

Alldera thought about her cub. It took many days' thinking. Her mind, sluggish from starvation, turned slowly now. One night -- in her fifth or sixth month, she could not tell, so starved and bloated was she -- she dreamed of the cub: born plump and bloody, it was laid on a fire to cook. Then she ate it, ravenously taking back into her own body the substance of which the cub had been draining her all this time.

Raised in the Grasslands according to the Riding Women's system of shared motherhood, Sorrel feels abandoned by the woman who bore her. Alldera, who always resented her daughter, left her behind when she rode off to conquer the Holdfast, then never sent for her. When a pregnant Holdfast woman arrives in the Grasslands camp, gives birth to a son and dies, Sorrel identifies with the little boy. Everyone but Sorrel thinks that his maleness makes him a baby monster; no one else recognizes his essential humanity. Impulsively, she steals the child and rides with him to the Holdfast, where at least he won't be the only boy. But she quickly realizes her mistake: In the new woman-dominated Holdfast, he has no future but slavery.

Rather than creating a straightforward, European-style patriarchy as a vehicle of male oppression or turning her feminine society into a lovey-dovey nurturefest, Charnas plays with social parameters, imagining the legacy of rage and fear. In the old Holdfast, for example, men don't rule families; since sons are considered natural enemies of their fathers, the ruling Seniors make sure no man knows who his father is. Alliances form along generational lines, not familial ones. In the new Holdfast, women take much more interest in their children, nursing them until they're old enough for the communal child-care center, then continuing a relationship with them into adulthood. But there's no loving compassion for men. Called "stickies," "cockies" or "muckies," they're kept in yokes and shackles for the most part, heavily guarded and treated with furious contempt.

In the newer books, Charnas introduces two more societies of survivors, inviting readers to draw comparisons. The Bayo-Born marsh women solve the problem of how to reap semen without keeping a lot of dangerous testosterone around by castrating the men after they've done their duty in bed. The dark-skinned people of the Pool Towns in the north live in more familiar family groups; men are leaders, but the sexes don't consider each other enemies. In a way, this is the most equitable arrangement Charnas describes, but it's also the most vulnerable. The Pool Towns fall prey to a roving band of old Holdfast Juniors led by d Layo. The men are slaughtered, the women enslaved.

Because Charnas began the series three decades ago, there's something a little old-fashioned about even the new books. A feminist series begun today would surely address issues like AIDS and other physical consequences of sexuality, bioengineering and the theories of evolutionary psychologists. The Holdfast Chronicles are also oddly humorless, given how funny Charnas can be. In the late '80s she wrote one of my favorite series of young-adult fantasies, the Sorcery Hall trilogy, about a Manhattan teenager who's continually called upon to help her sorcerer grandmother save the world. The three generations of powerful women in that series, with their conflicts and alliances, cover ground that's sometimes similar to that of the Holdfast Chronicles. Bringing some of the trilogy's playfulness to the tetralogy need not have diluted the books' impact, and it would have made them much more fun to read.