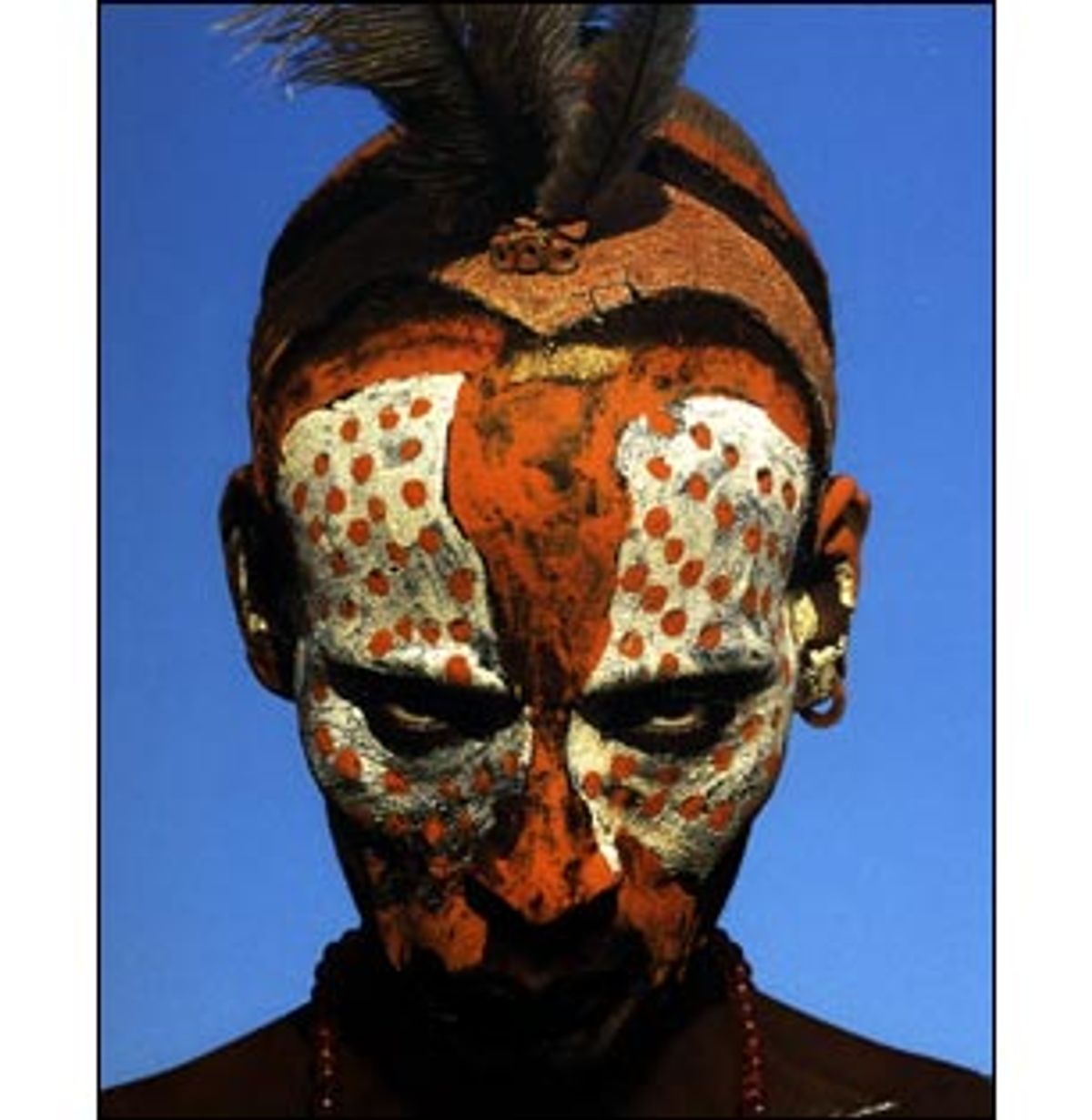 When Carol Beckwith and Angela Fisher began work on their monolithic new book, "African Ceremonies," it's hard to believe that even they could have envisioned the end product that would eventually come of their prodigious efforts. It is a photojournalism masterwork, the result of a partnership between two talented photographers with an incredible dedication to a project that took them a decade to complete.

The pair met in Africa in 1978, each working on her first book, and developed a friendship. Years (and another joint project) later, they got the idea to document the traditions and ceremonies of tribes across the African continent, many of which are dying out, some of which were secret and had never been photographed before. A Wodaabe nomad taking the women across Niger on camelback at one point described their project as "maagani yegitata," which translates as "medicine not to forget." What they ultimately created is a lasting record of a fading culture as well as a heartfelt tribute to a world that many of us will never have the opportunity to witness for ourselves.

The ceremonies of these African tribes were all conceived as milestones, recognition and celebration of the passing from one phase of life into another, and the book is organized around those categories: birth and initiation, courtship and marriage, royalty and power, seasonal rites, beliefs and worship, spirits and ancestors. Within each category, Beckwith and Fisher show us a wealth of customs as interpreted by a variety of tribes. All in all, they cover 43 unique ceremonies in 26 countries. They have confidence in the communicative strength of their photos, so text is kept to a minimum. On first glance, the book seems to be almost entirely photographic, with a short introduction for each of the six categories. Closer inspection reveals concise yet detailed captions that build beautifully on the photos. Each word seems carefully chosen, so that every inch of space the words take away from the photos feels like a worthy trade.

The introduction by the authors and a foreword by author and shaman Malidoma Patrice Somi are brief but powerful testimony to the worthiness of the project.Somi, after describing the ways in which his own life has been a blend of Africa and the West, says of the book that it will "open the eyes and hearts of those who seek to reconnect the beauty and sacredness of these ancient rituals with a culturally impoverished and spiritually distressed modern world." Beckwith and Fisher write about the genesis of the project, the travails of completing it and the ways in which they gave back to the African culture they so respect as they worked their way around the continent. They funded wells, set up schools and spawned small businesses; and a portion of their royalties is going back to the communities they photographed. At the same time, they speak directly to their Western audience about the ways in which our culture is affecting African tradition. For instance, the caption of the Krobo tribe's ancient and venerable days-long ceremony (known as Dipo) for girls passing into womanhood contains the following passage:

In recent times, because of the pressure of the Christian church to curb "animist" ritual, and to reduce the considerable costs of putting a girl through Dipo [girls wear as much as $5,000 worth of beads during the ceremony], many parents initiate all of their daughters simultaneously. This often means that the ages of initiates vary greatly, the youngest being perhaps only six years old. Among the Krobo, this reduction in the ages of initiates has unfortunately resulted in an increased number of underage pregnancies, as some of the pressure to maintain virginity has been removed. Formerly, Dipo functioned as a social regulator; virginity was so highly prized that the later a girl's initiation, the better.

Some of the ceremonies bear traces of Western culture on top of their own shifting interpretations of the historical customs. The Ndebele girls passing into womanhood -- whose sunglasses pose a striking contrast to their traditional processional costume of stacked leg cuffs and intricately beaded aprons -- now receive "a loaf of bread, a large tin of jam, a bottle of soft drink, and a woolen blanket" instead of "traditional food and hide blankets." The Ga tribe's "fantasy coffins" include English-inscribed cars and trucks based on Mercedes-Benz designs. Still, there's never any doubt that Beckwith and Fisher have taken us deep into the heart of Africa, into a culture entirely unlike our own.

The photos themselves range from the grotesque to the sublime. There are cringe-worthy circumcisions (both male and female), earth-stained warriors, stunning brides, gold-laden kings. The varied and elaborate costumes are endlessly fascinating. The fantasy coffins are delightful, despite the deaths they herald. The camera seems never to have any effect on the proceedings, the act of recording apparently not having interfered with what was being recorded. It is a thoroughly candid work, engaging at every step, anthropology at its finest.

Even given all of that, the most remarkable success of the book may be that it was produced in a way that is worthy of its contents -- an increasing rarity. The end product is two massive volumes, 10 by 14 inches each and a combined 3 inches thick. The books are bound in black book cloth, with a 3-by-5 photo tipped onto the cover of each volume, and the pair is slipcased in a sturdy box with a full-bleed photo on each side. Of the hundreds of photos, the bulk are printed at full page and many even span a full two-page spread. The photo reproductions are stunning in their clarity and brightness, the colors of Africa virtually leaping off the page. The entire book is printed on heavily coated gloss stock. It's as if the photographers spent the past 10 years in their darkroom printing mountains of 10-by-14 glossies and then passed them directly to interested parties. The quality is that impressive.

The only false production note is the book designer's choice of typefaces for the title. It is Lithos, or maybe even a knockoff thereof, a cheap, badly drawn font released at the height of the do-it-yourself frenzy. It became an instant favorite of desktop publishers and Greek-restaurant owners everywhere, and it feels completely wrong here, especially at life size in gold foil on the spines and the slipcase. It is garish in contrast to the embellished splendor of the Africans depicted within. And it is a striking flaw in an otherwise beautifully designed book.

The downside of the immaculate production, of course, is that the slipcased set retails for $150. But for those of us with more modest budgets and a penchant for the photos, there is a 2001 calendar in the works.

Beckwith and Fisher state in their introduction that "some groups we visited a decade ago have now disappeared." They've done the planet a great service by recording these evaporating traditions. And that coated stock they've printed them on means their record will be on the planet for a good long time.

Karen Templer is the director of product development and design at Salon. Follow her on Twitter at http://twitter.com/karentempler.