"Way Out There in the Blue" by Frances FitzGerald

The definitive account of Star Wars, the military fantasy that's soaked taxpayers for $60 billion -- and counting. 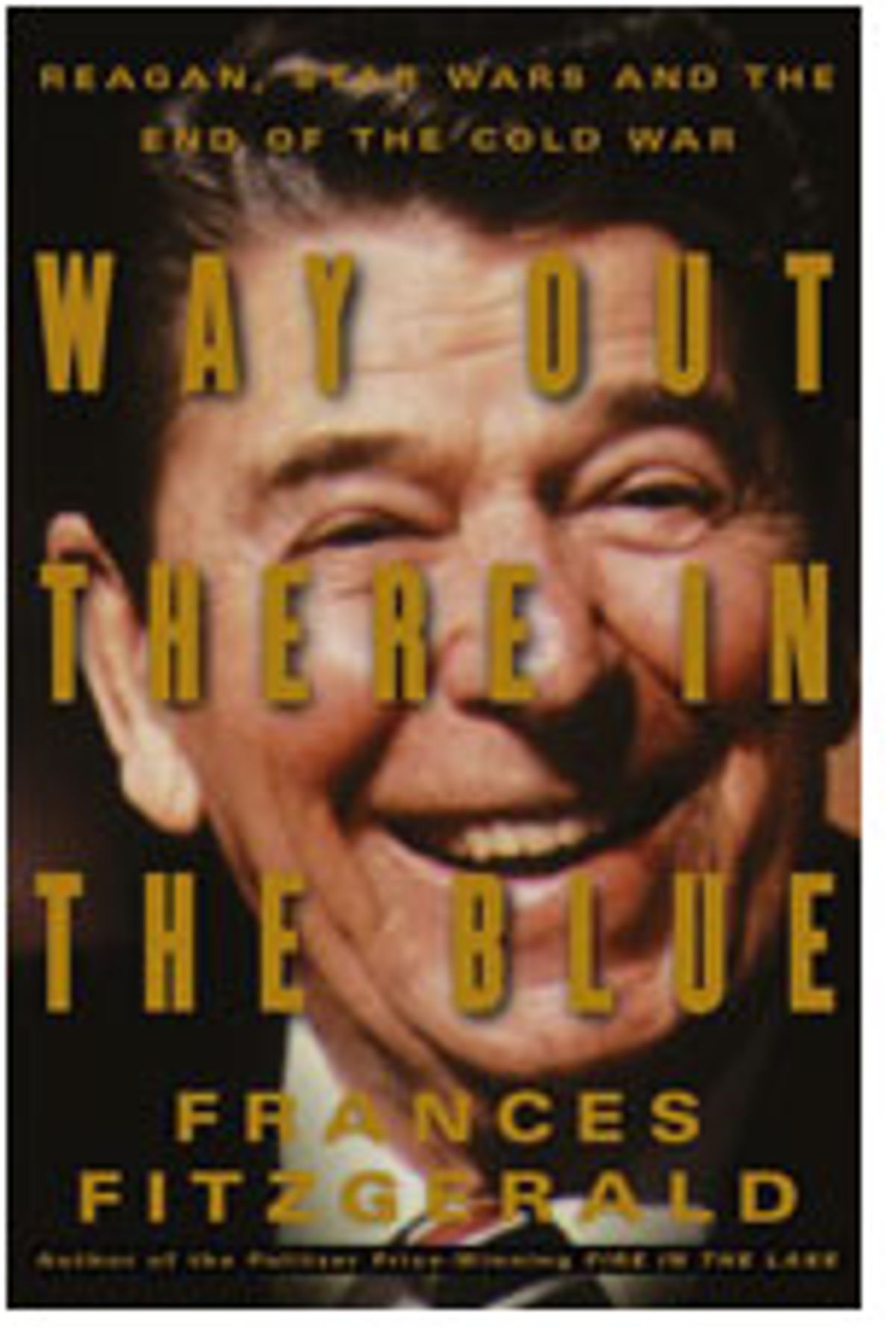 Once upon a time, according to science-fiction legend, a group of writers in Manhattan had an imaginative jam session about designing a new religion according to sci-fi principles; the result was Scientology. Something similar also occurred when, according to conservative sci-fi author Larry Niven, "The scheme that drove the Soviet Union bankrupt was first drafted at my house in Tarzana, [Calif.] by about 50 good people invited and led by Jerry Pournelle."

Also assembled were authors Robert A. Heinlein and Poul Anderson, retired Gen. Daniel O. Graham, astronaut Buzz Aldrin and aerospace industry luminaries in the Citizens' Advisory Council on National Space Policy, a group that apparently wrote parts of President Reagan's 1983 Star Wars speech. "We were gathered to build a space program, with costs and schedules, to submit to Ronald Reagan via his science advisor. We generated the Space Defense Initiative (or 'Star Wars' if you didn't like it.)"

Star Wars is still alive and still costing taxpayers billions of dollars a year: $60 billion has already been spent, and $6 billion more is earmarked for the Strategic Defense Initiative and its various sequels. In fact, after 20 years and a steady hemorrhaging of dollars -- mostly to the aerospace companies represented at the original Tarzana huddle -- SDI technology has advanced to the point where, if a fish is very large, brightly dyed and nailed to the bottom of a barrel, sharpshooters may occasionally hit it -- assuming there are no other fish around to distract them.

As Frances FitzGerald reports in "Way Out There in the Blue," the only unequivocally successful test of the technology, back in 1984, was achieved by turning the target on its side so it appeared bigger and heating it up so that it was brighter to make it easier for the intercepting missile to hit. Sadly, real missiles come in swarms, surrounded by decoys and debris, and are somewhat more coy about showing their best side to would-be anti-missile defenses. FitzGerald also reports that GAO scrutiny revealed that other tests involved targets containing charges with explosives that would be detonated if the interceptors got anywhere near them.

FitzGerald's starkly and voluminously documented book shows just how the American right's pervasive faith in SDI shaped foreign policy in the strangest ways. If it weren't that her account already weighs in at over 500 pages, I'd wish that she had editorialized a little more (and had mentioned the science-fiction angle). But she shows admirable restraint, leaving readers to conclude from the testimony of her voluble Washington sources that the country, for most of the 1980s, was run by people who were obsessive, gullible, mendacious and not a little paranoid.

Star Wars was very effective in one respect. The hard-liners in the Reagan administration used it to derail almost every opportunity for strategic disarmament that the Soviets offered. They continually insisted that any reduction in nuclear weapons was only possible if they were allowed to breach the existing Anti-Ballistic Missile Treaty by developing Star Wars systems.

Faced with the total failure of Star Wars to work in practice, its proponents now maintain that as a bluff it brought down the evil empire by forcing the Soviets to counterspend. As FitzGerald laconically puts it, "The evidence for this proposition is wanting ... Soviet spending on strategic weapons was a very small fraction of the overall Soviet military budget," she explains.

In fact, the very missile gap that Star Wars was supposed to combat was as imaginary as the "space lasers," "brilliant pebbles," "brilliant mirrors" and other cool stuff that its supporters kept talking about. While CIA chief Robert M. Gates sang of massively increased Soviet defense spending, FitzGerald points out that the lower-level agency analysts who actually looked at the data concluded that Moscow's weapons procurement programs were flat, while its spending on strategic missile systems had actually dropped by 40 percent from 1976 to 1983. Their reports were suppressed in favor of more threatening estimates.

The undoubted winners are the defense contractors. According to Boeing's Web page, Star Wars II, the National Missile Defense, may "after its first three years of development, integration and testing ... be deployed and operational within five more years." Apart from the petty detail that the program would require abrogating the ABM treaty, and that similarly optimistic completion periods have been cited now for two decades, why not?

Ironically, perhaps the one success of the Reagan era spending on Star Wars and the military was the way it defied all the economic principles of the Reagan Revolution. John Maynard Keynes once suggested that governments could spend their way out of a recession by putting money in bottles, burying them in pits and paying people to dig them up. There is no pit so bottomless as space, and the spending on Star Wars may have creatively helped expand the economy as the government paid contractors a fortune to blast a load of bullshit into orbit.