A 13-year-old girl falls in love with a glamorous fictional prostitute in this elegiac coming-of-age story. 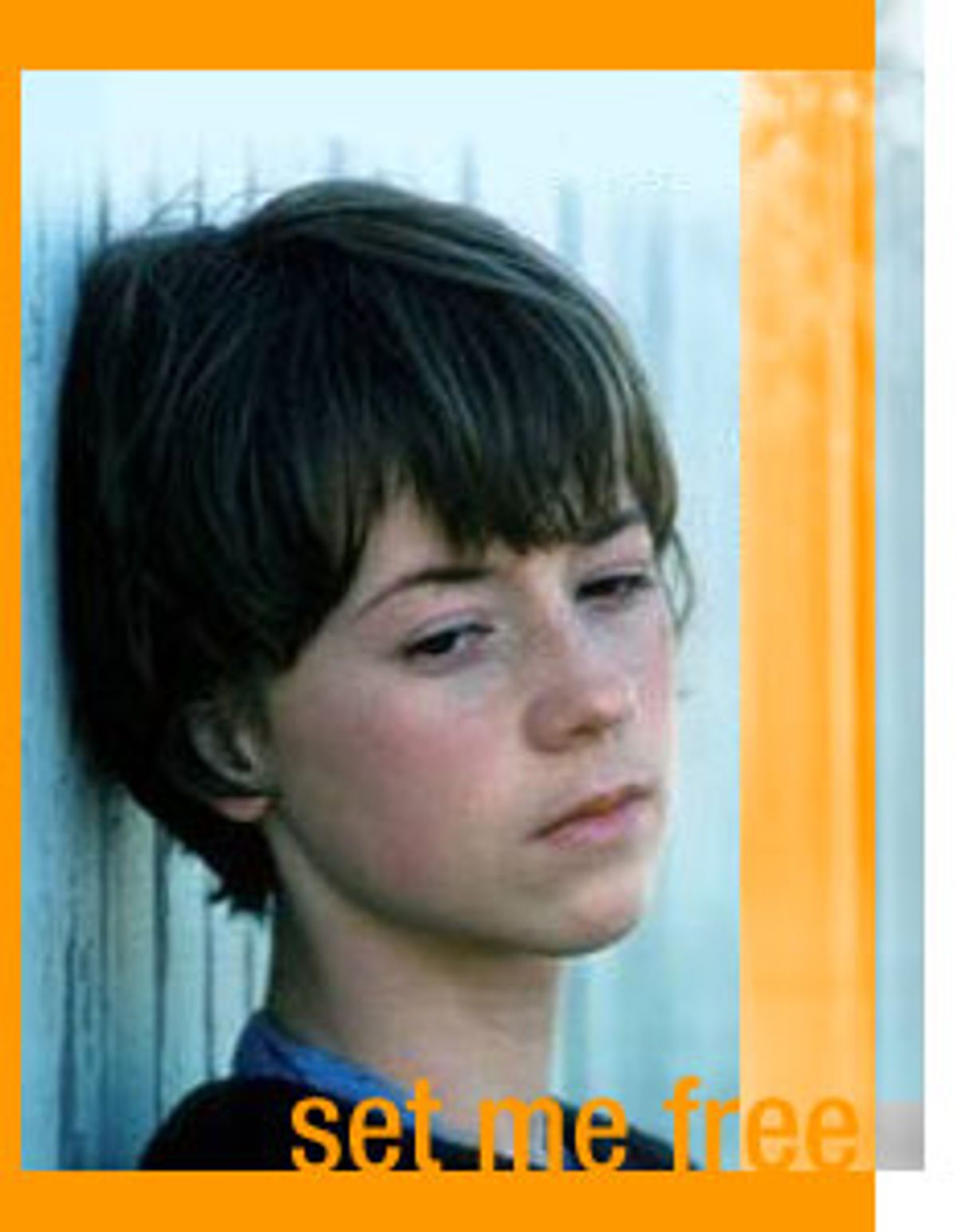 The problem with coming-of-age stories is that they're so often an excuse for sentimentality to run amok. There's something about looking back at the time our tender adult selves were just coming into being that makes us want to protect them all over again.

French Canadian director Lia Pool gets the balance just right in her tenacious but elegiac "Set Me Free" (its French title is "Emporte-moi"). Set in Montreal in 1963, the picture tells the story of 13-year-old Hanna, who becomes entranced with Anna Karina's character, prostitute Nana, in Jean-Luc Godard's "Vivre Sa Vie" ("My Life to Live") and tentatively sets out to build her own adult life, suddenly having an idea of the kind of woman she wants to be.

What makes "Set Me Free" so wonderful is that there's no preciousness, no condescension, attached to the fact that a 13-year-old might fixate on a fictional prostitute (especially one who dies tragically) as a role model. Hanna, played with an astonishing amount of delicacy and perception by Karine Vanasse, is of course attracted to Nana's glamour and beauty, but the magnetism of the character runs deeper than that. When Hanna, charming with her girlish freckles and pixie haircut, drags on her cigarette in direct imitation of Nana, it's like a small love letter not just to the resonance of certain movie images but to a certain kind of womanly sophistication, an angle of feminine mystery and beauty that Hanna's reaching toward without really knowing why.

The movie opens with a simple but indelible image: Hanna, visiting her grandparents at the shore, emerges from a swim, and as she makes her way across a few rocks, we see small drops of blood falling between her footsteps. The event isn't presented as traumatic, nor is it laden with "Today you are a woman" symbolism. But it does represent Hanna's first steps into a new world of possibilities. The complexities of adult love, and the thrill of it, are suddenly open to her.

Hanna's web of relationships is still fairly simple, in the way that childhood relationships often are, but you can see those connections getting more and more complicated with each scene. She adores her older brother, Paul (Alexandre Mirineau), and the two of them form a united front against their difficult, chronically unemployed father, played by the superb Miki Manojlovic, who, with his wild dark hair and liquid, tormented eyes, looks like a cross between Harpo Marx and Elliott Gould.

Hanna's father, a failed poet, is Jewish. Her fragile mother (Pascale Bussihres, in a finely shaded performance) is Catholic. She's devoted to him, although his chronic anger and frustration wear her down so much emotionally that they also erode her health. Hanna adores her mother and feels incredibly protective of her. Her father's inability to show love and affection to his family doesn't seem to puzzle her much; she simply accepts it as his way. It becomes harder for her to deal with as she sees the toll it's taking on her mother, and as she inches closer to adulthood herself.

"Set Me Free" moves along gracefully (Pool also wrote the screenplay) simply by mapping Hanna's changing view of herself and the world through her relationships with the people around her. Pool is exceptionally sensitive without being too sappy or soft on the subject of adolescent love. Hanna tests out all kinds of love. She develops a crush on a sympathetic teacher (Nancy Huston), who bears a resemblance to Karina. She forges a friendship and a romance -- the two are merged so delicately they're almost indistinguishable -- with the boyish Laura (Charlotte Christeler). The sight of the two of them dancing with a bunch of other teenagers at a basement party is one of the movie's most blissful pleasures.

And in one gorgeous and surprising scene, Hanna shares a deeply passionate underwater kiss with Paul. They've been swimming playfully, like the kids they still are. The kiss happens spontaneously, the result of an obvious jumble of confusion, curiosity and misguided longing, and the fact that it takes place beneath the surface reinforces its intimacy and otherworldliness -- it's an action that poses the question, Does a kiss count if it takes place in an alternate universe? The two pull apart quickly, and Paul swims to the surface. Hanna lets herself sink to the bottom and folds there, fooling him into thinking she's drowning. After he has dragged her to the surface -- his panic and fear that she really may have drowned are written all over his face -- she breaks her death's mask facade and laughs. The aftermath of the kiss is almost as touching as its occurrence: Hanna, realizing how potentially confusing the kiss is for both of them, takes the responsibility of shattering its spell with a practical joke.

All of Pool's characters are subtly drawn, particularly Hanna's parents. (And in coming-of-age stories, it's almost always the parents, the "aliens," who are handled most roughly.) Pool shows the desperation of Hanna's mother in small ways: We see her taking a break from her dismal sewing job, cracking open a chocolate bar and eating it desperately and furtively, as if it were the only pleasure in life left to her. Hanna's father, in a moment of reconciliation after he's had a horrible argument with Hanna (and after she's faced a sexual experience that might have been devastatingly damaging to her), tells her he's going to make her some osso buco for dinner: "It has everything your body needs. Three carrots, an onion, grade A meat ... tomatoes, celery ..." The simplicity of the gesture -- not to mention his unawareness of its limitations -- is heartbreaking, but it also offers us a kind of relief. Hanna's teacher, recognizing the difficulties she's having with her father, has assured her, "He loves you. Badly, perhaps, but I'm sure he loves you." And when he offers her that osso buco, we see that it's true.

Aside from the effectiveness of "Set Me Free" as a coming-of-age story, it's also one of the most poetic avowals of love for movies that I've seen in years. As Hanna watches Karina's Nana on-screen, drinking in the sight of her playful flapper bob and her sooty, seductive eyes, we see more than just delight and fascination on her face. Hanna loves Karina's Nana just as Godard intended us to, and just as he loved her himself.

Why shouldn't Hanna want to become Nana, to drink in that vision of feminine beauty and freedom (albeit freedom with responsibility attached) until it becomes inseparable from who she is? Watching Nana in the semidarkness of the movie theater, Hanna becomes suddenly radiant, as if a transformation were taking place, gradually but rapidly, between the flicker of frames. Pool reminds us that growing up happens just that fast, and just that slowly. Blink and you'd miss it -- if only it didn't hurt so much.