If the government can assert the health benefits of fermented grapes, why can't viticulturists tout them? 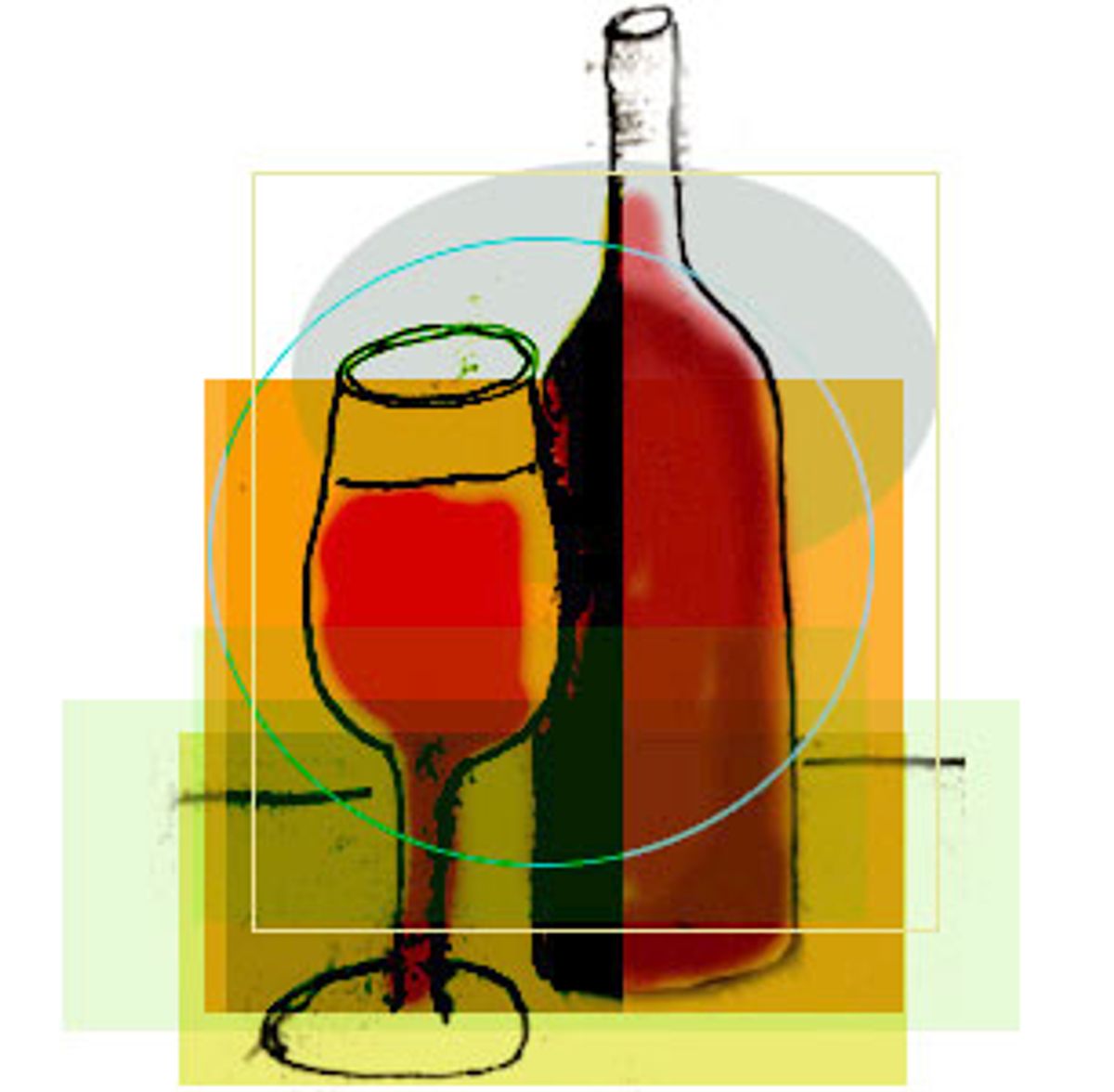 You can't blame the wine industry for wanting to gloat.

You could almost hear the glasses clinking in Napa Valley in the mid-1990s when the U.S. government -- after spending years chronicling the deleterious effects of alcohol -- acknowledged some of the potential health benefits of wine drinking. But the wine industry's ongoing crusade to trumpet those findings in the form of a government-approved informational label on wine bottles has drawn heated criticism from politicians and public health officials, who blasted the controversial labels at a pair of hearings this week.

Leading the charge against the wine industry labeling initiative is Sen. Strom Thurmond, R-S.C., who testified before the Bureau of Alcohol, Tobacco and Firearms Wednesday that the labels "may be seen as the government's endorsement of drinking."

The senator's concerns were echoed this week by Surgeon General David Satcher and a bevy of public health officials, who fretted that the ostensibly pro-alcohol labels on wine bottles might even spur an increase in alcohol consumption.

At the heart of the rancorous debate are the typically uncontroversial "Dietary Guidelines for Americans," which are revised and published every five years by a pair of federal agencies. The labeling battle began in earnest in 1996, when in addition to the standard admonitions about the dangers of alcohol abuse, the dietary guidelines included language alluding to the potential "cardiovascular benefits of consuming moderate amounts of alcohol," says Wine Institute president John De Luca.

Soon after those findings were released, the wine industry -- led by the not-for-profit Wine Institute -- set about looking for subtle (and not-so-subtle) ways to make people aware of the guidelines. One of the proposals it came up with was a federally sanctioned "informational label" on wine bottles that would say something to the effect of "to learn the health effects of wine consumption, send for the Dietary Guidelines for Americans."

A separate label would advise wine buyers to consult their family doctors to learn more about wine and health.

Never did the wine industry propose labels including any kind of specific health claims, De Luca says. Rather, winemakers were simply seeking government permission to publicize a government-generated document. "We thought the dietary guidelines were fair and did provide good consumer information," De Luca says.

Apparently accepting that logic, the ATF accepted the industry's labeling proposal and in 1999 approved individual labels for 17 winemakers.

That's when Thurmond -- the man dubbed "our worst enemy" by Wine Spectator magazine -- stepped in.

Thurmond was the lead sponsor of the 1988 law that required warning labels on wine, beer and liquor containers, and railed against new labels that he feared "might be misconstrued as promoting alcohol," Thurmond staffer Genevieve Erny says.

Although the wine industry labels purport to simply point consumers in the direction of government information, the implication of the labels is clearly that wine is healthy, Erny says. That implication runs contrary to extensive documentation surrounding the health dangers associated with alcohol, she adds.

In response to proposed legislation and other pressure from Thurmond, the ATF agreed to stop doling out the labels and hold public hearings to determine whether the labeling program should be eliminated or continued.

So just how strong is the evidence that a tall glass of rosi at the end of the day will keep you in the pink?

Depends on whom you ask. De Luca points to several studies that tie moderate wine consumption to reduced rates of stroke, heart problems, osteoporosis and other ailments. But even De Luca concedes that there is widespread dispute over whether moderate wine drinking is directly responsible for those health benefits or is simply a hobby enjoyed by already healthy people.

Also in dispute is whether it is the alcohol in wine, the antioxidants in red grape skins or a combination of the two that confers the purported health benefits.

Although there has been extensive research into wine's health impact over the past 10 years, Thurmond and others in the anti-labeling camp tend to discount the conclusiveness of those studies. Observers say the wine label drama probably won't be resolved until after the new administration takes power in 2001. In the meantime, wine lovers will have to dig deeper to find arguments for the health benefits of their favorite vice.