If only women would trust men's genuine desire to give oral sex, instead of presuming it's all about intercourse. 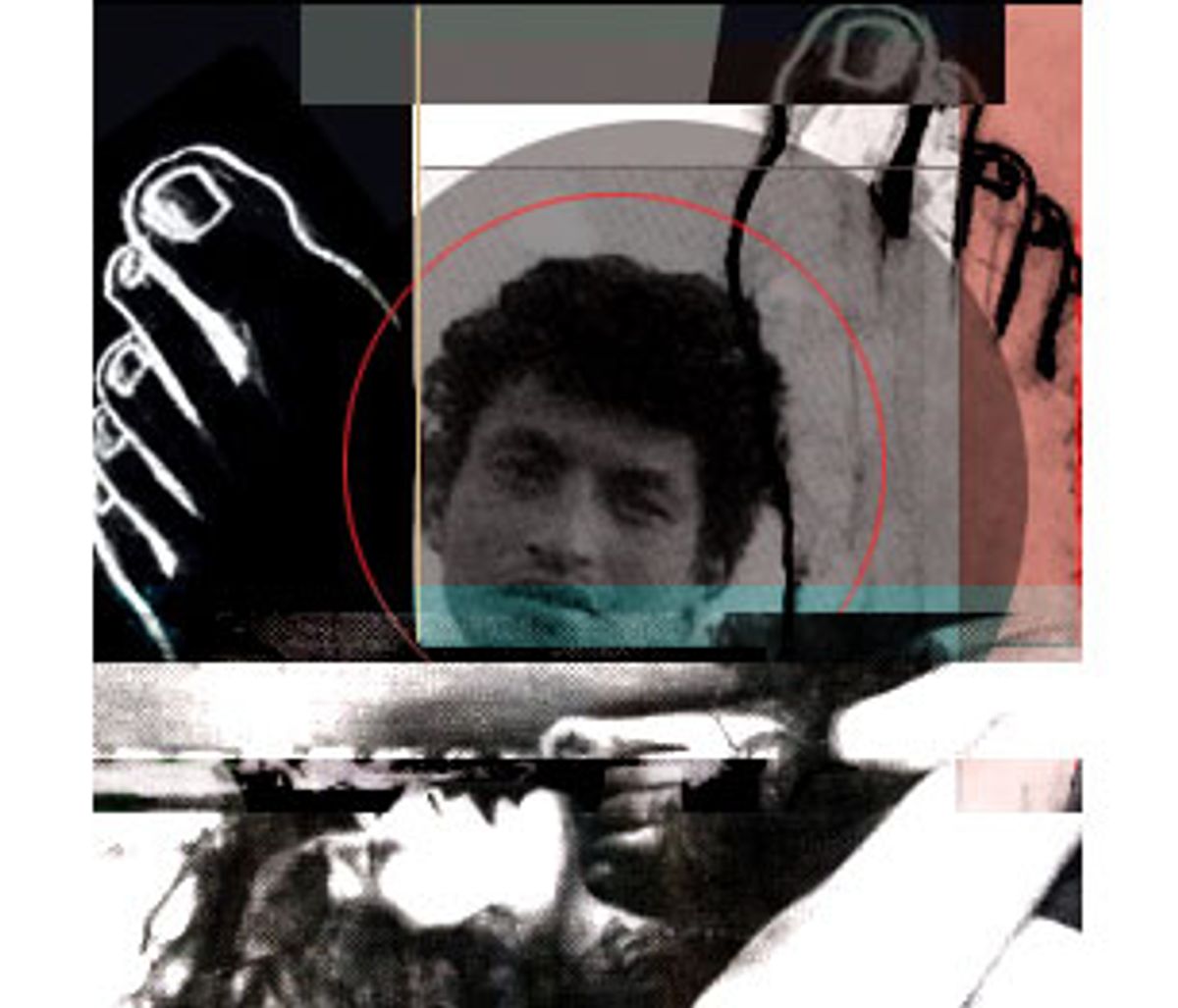 Instinctively, I hedged. "It depends," I said.

I wanted to say that I loved it, found it completely fascinating, a trip to unknown territory that turned out to be paradise. But I also wanted to fit in. Dave and I both came from working-class towns and employed locker-room lexicons rich with romantic terms such as "chowing box" and "eating pussy." In that world, sex was considered an achievement, but facing the action was "unmanly, if not unsanitary," to borrow from Gay Talese's protagonist in "Thy Neighbor's Wife."

Still, after some prodding, I came clean. Dave did the same. In whispered tones typically reserved for drug deals and the PGA Tour, we shared our passion for diving in. Weeks later, half a dozen of us again discussed "snacking," a term we took from the back of a Triscuits box that read, "Let's Talk Snacking!" I suppose we thought the term more complimentary: Snackers do not "chow down" like ravenous wolves; they nibble delicately, savoring the cuisine. Plus, the term let us talk covertly at parties.

These days, however, few of us care to talk undercover. Most of us have become unabashed evangelists. And I'd like to think that we have persuaded several men to give it a shot. But much to my surprise, the toughest people to convert have been women, both friends and former bedmates. Some say they don't want to have to return the favor. Others claim that the act is too intimate, that it fosters an expectation of sexual intercourse. And most shocking of all, many women consider it gross.

I'm not sure which is more frustrating: those who refuse because they figure I'm not actually interested, or those who say no because they can't overcome outdated ideas of their own bodies.

Of course, men and male-dominated culture deserve some of the blame for both of these lame excuses. Predatory men have been around since David raped Bathsheba, and America's anti-cunnilingus attitude is as old as the country itself. From the Mayflower's ministers to the followers of 19th century scribe Krafft-Ebing, who termed the act abnormal and for perverts, the vagina has been portrayed as a cesspool, the act of snacking declared taboo. Today's culture hasn't done much better. "Chasing Amy," "Seinfeld" and "The Sopranos," among other productions, have all shown scenes highlighting the dangers of going down. And as women can attest, the oft-repeated message has kept a lot of men away. According to Sandor Gardos, a clinical sexologist who answers questions for several online medical sites, women are constantly coming forward to complain about vagina-phobic partners.

But at least as many men ask Gardos why their wives or girlfriends continually refuse a good licking. Gardos posits that many women have a poor sexual image, one that arises from a lack of education.

"It's surprising how many women have never looked at their genitals," he says. "It's sort of based on physiology: Men see their genitals every day -- they can't get away from looking at them. But for women, there is only so much that they can see. So there's this mysteriousness. And because of this, all kinds of negative stories evolve."

I think, however, that the root of the problem lies with gender miscommunication, with women thinking too much like -- and assuming too much about -- the men they're with. Most women, as I discovered while living in several coed houses, seem to take their genitals for granted at least as much as men do. Yet they also fear the opinions of their lovers. "It's gross," even when falling from female lips, is often simply a paraphrase for what women think their brothers or boyfriends would say.

Other forms of ventriloquism also exist. "You want to have sex, but I'm not ready," a woman once told me as I kissed her stomach. "I know," I said. We had already discussed the issue, and I actually hadn't decided whether I was ready or not. She was an educated, experienced woman, and yet she couldn't see cunnilingus as anything but an on-ramp, a means to an end she assumed I wanted. She had known me for years, but once we entered the bedroom, the reset button had been pushed. In her mind, I had become another David, despite much, if not all, evidence to the contrary.

Yet the rewards run deeper. Men don't always dive for the gold of a woman's orgasm. We find our own subtle treasures, and most of them are psychological. Going down on a woman lets us skirt the weight of assumed sexual selfishness, lets us prove that we're not one of those bastards you might have met in a bar. It also minimizes our own performance phobia. Women can't see what we're doing, our tongues will never need Viagra and we've all got a similarly sized piece of equipment. Snacking also slows things down, increasing intimacy by allowing some blood to flow back into our brains.

But most of all, snacking is a five-sense experience that places us up close and personal in a way that no other act can. Most vaginas smell and taste pleasantly mild; and perhaps all those glimpses of porn magazines with camera close-ups of the inner sanctum have something to do with the attraction. But for the vast majority of men -- those who mentally salivate for more feminine knowledge -- there's nothing better than becoming the camera, and more. To see, taste, touch, hear and smell the essence of a woman is to become a successful explorer, a modern Jacques Cousteau, a teacher and an A-plus student, all at the same time.

Sometimes we forget this, making a beeline for intercourse, masking our deeper desires and lazily accepting the time-honored role of Tarzan -- the "me man, me want sex" type of guy. But few women seem capable of thinking we're anything more. The yuck factor remains all too common, and the widespread miscalculations about men appear to be syndicated, like the God-awful episodes of "Married ... With Children."

It doesn't have to be this way. Despite being a bunch of blue-collar Massachusetts meatheads and washed-up jocks who (occasionally) play drinking games, my friends and I got over the cultural stereotypes -- though we had to make up a stupid name to do it. Women stand only to gain. The tongue, after all, is an amazingly strong and versatile muscle. For their own sake, women should learn to accept both their bodies and men's genuine desire to pleasure them. Since women mature so much faster than men, I don't imagine it will be too hard.

Dylan Edwards is a pseudonym.