Brussels is great, but Antwerp has its own giant-killing hero. 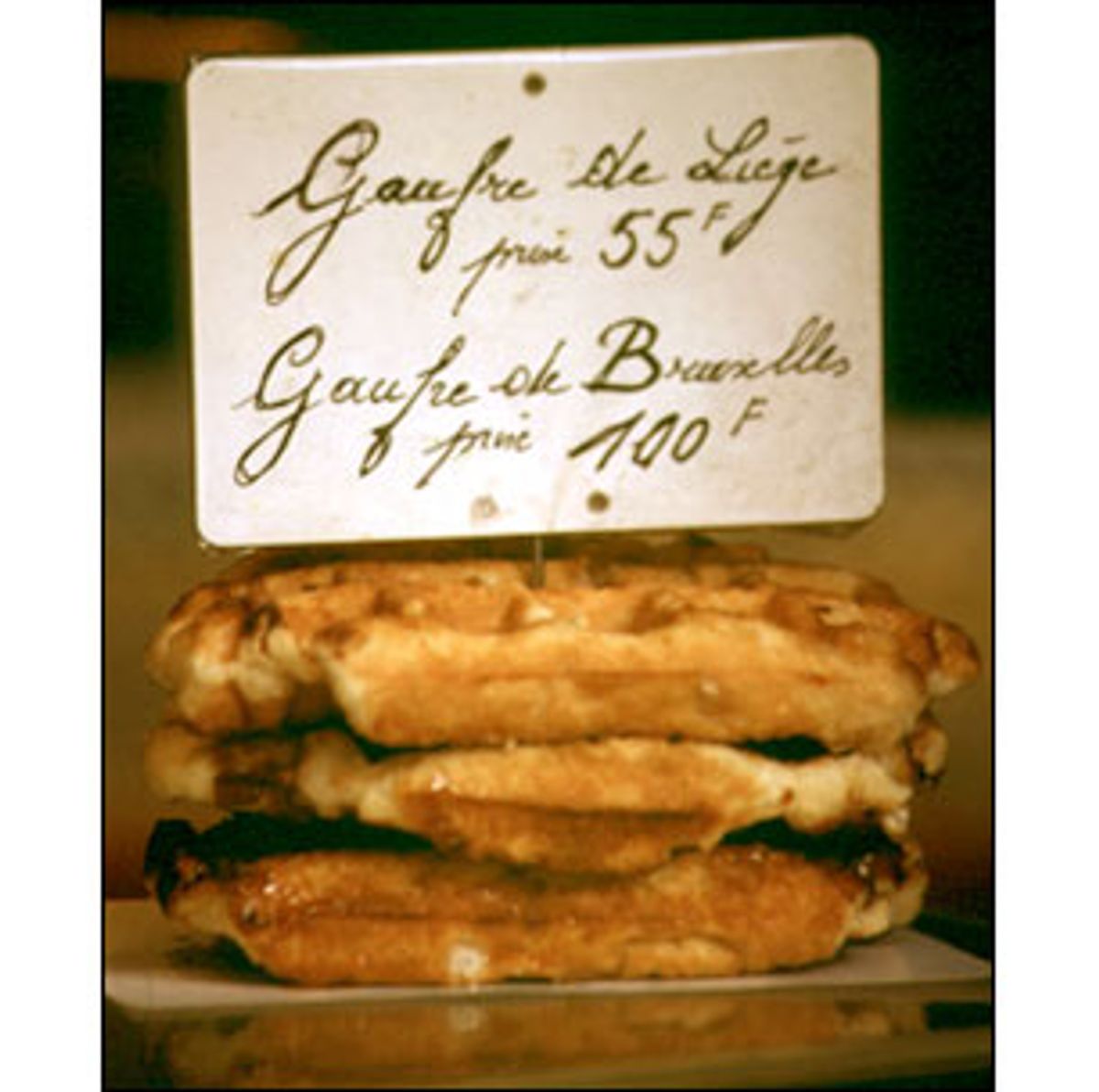 Most visitors to Belgium end up spending all of their time in Brussels, which is OK. But the distances between Belgian cities are extremely short and a train ride of less than an hour will bring you so much more perspective on the country.

Take Antwerp, just 45 minutes from Brussels: Built on the Scheldt River, Antwerp has been a major port for more than 2,000 years. And as the statue of Silvius Brabo in the middle of the central marketplace will remind you, life in the city wasn't always as calm as it is now.

Legend has it that a giant lived on the Scheldt. He would charge an excessive toll to any ship that passed by his castle, lopping off the hands of anyone who failed to pay. The giant had Antwerp in an economic stranglehold. It was the Roman soldier Brabo who had the courage to kill the giant. Brabo, of course, chopped off the giant's hand and threw it in the river.

Free from the giant's control, the city prospered. The textile industry made many people rich and they showed their thanks by building one of the largest cathedrals in the world. Antwerp became a center for book publishing and diamond cutting. Great artists worked there. And good food became an interest to many who could afford it.

Antwerp was the hometown of Peter Paul Rubens, the great 17th century painter, and his former home and studios are open to visitors. If you enjoy the art of the 16th, 17th and 18th centuries, stop by the Royal Museum of Fine Arts. It houses over 1,000 works by the old masters.

In the center of town is the Cathedral of Our Lady, the largest and most beautiful Gothic church in Belgium. A number of Rubens masterpieces hang on the walls. And when you come out of the cathedral you can pop across the street to a pub filled with religious statues. The pub goes by the name the Eleventh Commandment, which the owners claim is "Thou shalt enjoy thyself."

It's easy to fall in love with Antwerp, and if you happen to fall in love with a person while in the city, well, it's the perfect place to commemorate that love in a most traditional way. Antwerp is the world center for diamonds. The business came here in the 1200s. Today the city has 2,000 diamond companies, staffed by more than 30,000 employees. More than 70 percent of the world's diamond business passes through Antwerp, a trade worth over $13 billion. There's even a diamond museum that will teach you everything there is to know about these glittering stones.

Diamonds appear to have been mined first in India, and until the 1700s that was their only source. The criteria for evaluation have been the same for thousands of years. The quality of a diamond is measured by the "four C's": cut, color, clarity and carat.

The carat is a measurement of weight with a food reference, but probably not the food that comes to mind. The word "carat" comes from ancient Greek and refers to the bean of the carob plant. Carob beans have a tendency toward uniform weight at two-tenths of a gram, and in ancient times they were used to measure the weight of pearls, precious stones and diamonds.

As you walk around town you may notice that above the streetlights are statues of the Virgin Mary. But the reason behind this is less pious than you might expect. The owners of the buildings on which the streetlights hang were, at one time, taxed. If a statue of the Virgin Mary was placed above the light, however, the tax was suspended. I couldn't find a single lamp without a statue.

About 12 miles to the south of Brussels is Waterloo, often thought of as the battlefield where Napoleon's army was defeated by the British army led by the duke of Wellington.

Actually, Waterloo wasn't the battlefield; it was just the town from which Wellington sent the dispatch announcing his victory. Nevertheless, if you are a history buff you will enjoy a visit to the area. And if you've been working out on your StairMaster, you can try the 226 steps to the top of the Butte du Lion for a sweeping view.

I should mention, however, that from a gastronomic viewpoint the outcome of the battle was completely different. The duke's dish, beef Wellington, which is basically a loin of beef wrapped in pastry and baked, has virtually disappeared from contemporary cooking, while the emperor's fluffy-light napoleon is still found in pastry shops throughout the world.

The end of the Napoleonic era returned power to the old royal families of Europe; the lifestyle of the 1700s made a comeback. Just a short drive from Waterloo is a chateau that symbolizes that lifestyle. It is called the Chateau De Seneffe, and it was built by an Austrian count in 1763. These days it's owned by the Belgian government and run as a museum open to the public. It has a number of interesting elements: The inlaid parquet floors are some of the finest in Europe and the ceilings are decorated with gilded stucco. The entire structure is an extraordinary example of period craftsmanship.

The chateau also contains an amazing collection of silver objects, over 800 pieces -- one of the great silver collections of the world. Around the chateau is a splendid park and a series of picturesque outbuildings. It is a close look at a time when being a count really counted.

The diversity of the Belgian population produces a constant desire to maintain ancient traditions specific to each village. One result is an almost endless round of festivals. And one of the most picturesque is the carnival in Binche.

The participants in the carnival are called the Gilles, which means "joker" or "clown." Only honored members of the community are allowed to be Gilles. On the day of the parade the Gilles get up early in the morning and spend a few hours drinking champagne. About midday, a drummer and a trumpeter come by the house, pick up the Gilles and bring them to the center of town. The Gilles gather together and form a circle. The rhythms become more intense. The Gilles begin throwing oranges to the crowd and everyone dances into the night -- an acquired skill, for both the participants and the audience.

Some authorities say the carnival dates back to 1549, when it was presented to Charles V, then the ruler of Spain and deeply involved in the conquest of South America. The costumes of the Gilles were designed to look like Incas in honor of Charles' success.

Other authorities have told me that the story of the Inca influence on the Gilles is totally undocumented. But personally, I like the story. Presenting history can be like horse racing: You pay your money and you take your pick.