Behind the bombings in Kosovo, two journalists find Western self-interest and self-deception about the physical sacrifice war requires. 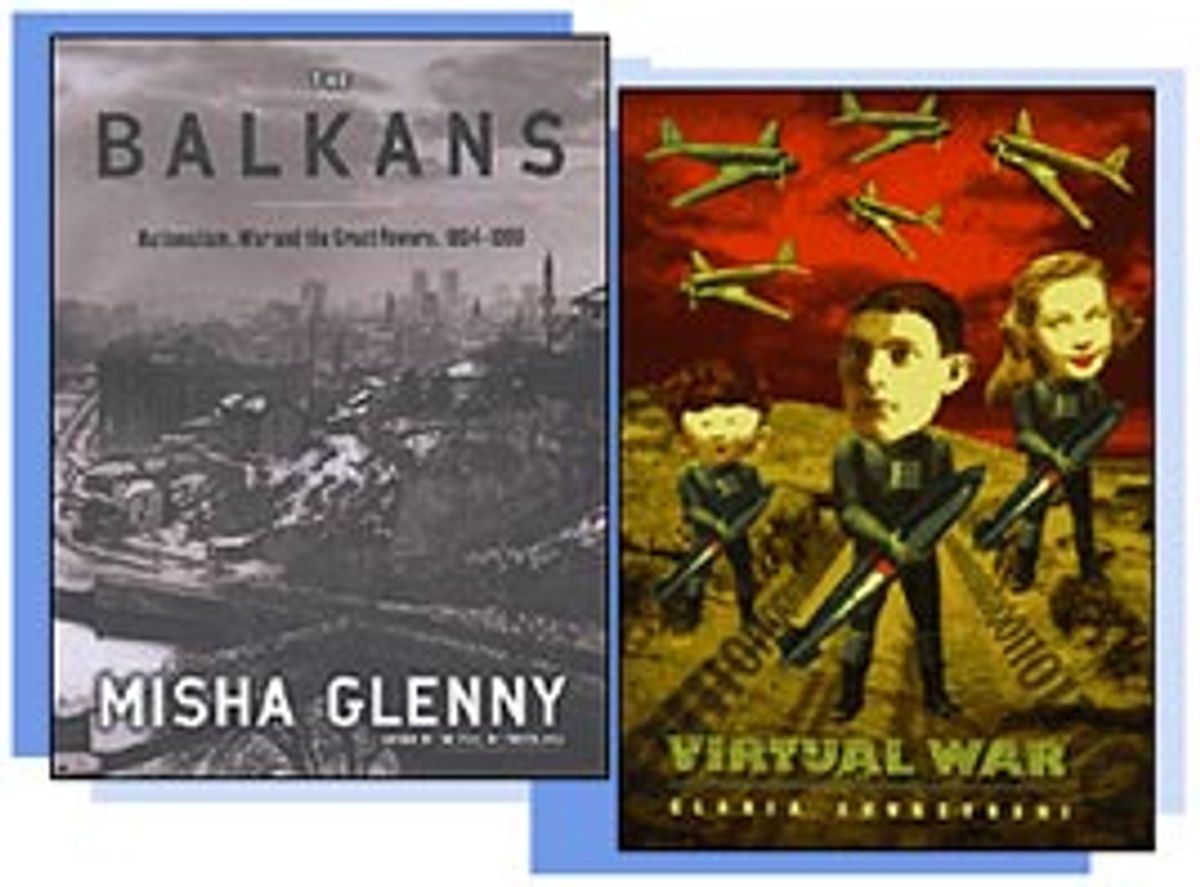 Journalists may get the first shot at writing history, but most often that means packaging the day's events in a 1,500-word article rather than a sustained consideration of the history and context of current situations. Two important new books on the Balkans, Misha Glenny's "The Balkans" and Michael Ignatieff's "Virtual War," are the products of a fruitful dissatisfaction with these journalistic limits. Both Glenny and Ignatieff have already written books on the struggles in the Balkans and ethnic nationalism in the post-Cold War era. Their latest efforts share a desire to dispel the myth that the Balkans are destined to continue an endless cycle of revenge -- something that traditional journalistic accounts did much to further, with their repetition of Serbian propaganda, misinformation and the easily digestible conclusion that the conflict was motivated by intractable ethnic hatreds.

Glenny's book is a scholarly history. He's no longer telling the story of the day, but digging into all the stories that built a place, and to his credit it's no simple teleology. Ignatieff charts a far different course by examining the recent NATO bombing of Kosovo through his own experiences there. In the process, he investigates the status of foreign intervention and the post-Cold War order.

Glenny, who covered the Balkans from the beginning of the conflict as a correspondent for the BBC, wrote in 1991 that Yugoslavia's leaders "were stirring a cauldron of blood that would soon boil over." As he recounts in "The Balkans," "My superiors reprimanded me for the piece on the grounds that it was 'alarmist.' This was the end of the 20th century, not the beginning, they told me, and there would be no war in the Balkans. When it came, news editors unfamiliar with the Balkans were surprised by the return of the Bosnian Question ... politicians were completely unprepared."

Yet "The Balkans" is an intentional move away from reading history as foreshadowing. "It has been my firm intention," Glenny writes in his introduction, "to avoid reading or refracting Balkan history through the prism of the 1990s." In the Balkans' history he sees foreign powers struggling among themselves, blindly using the region's ethnicities and borders as pawns in a titanic struggle for influence: "Consistently and conspicuously absent from Western reflections on the Balkans since the latter half of the 19th century has been any consideration of the impact of the West itself on the region."

Glenny positions the past 200 years of Balkan history as a fundamentally modern struggle over the collapse of the great empires and the birth of nation-states. Referring to a 19th century conflict between Slavs on the Hungarian border, he insists that it was not, in the now clichid phrase, "an explosion of ancient tribal hatreds": "This was a modern conflict, triggered by imperial collapse and the nationalist rivalry." Glenny may not want his book read through the spectacles of the 1990s, but it's an inevitable consideration -- partly because it seems clear he was motivated by the events of the 1990s to write this book in the first place, but also because the secession of Slovenia, Croatia and Bosnia from Yugoslavia in 1991 represented a culmination of everything that he describes in the rest of the book.

Ignatieff mines the recent Kosovo conflict for insights into the future of Western foreign policy and wars, especially those motivated by humanitarian impulses. He's a gifted reporter whose strength is putting readers in the middle of the action, giving them a great sense of the immediacy and complexity of history in motion. Ignatieff accompanied U.S. diplomat Richard Holbrooke as he shuttled around the Balkans before the war, then picked through the war's aftermath in interviews with former NATO commander Gen. Wesley Clark and Louise Arbour, at the time the chief prosecutor for the U.N. International Criminal Tribunal for the former Yugoslavia.

Ignatieff quotes American diplomat Chris Hill as saying, "Can you believe that we are still trying to liquidate the Ottoman Empire?" But Ignatieff sees the bombing and subsequent occupation of Kosovo by international peacekeepers as much more: the first major test in the post-Cold War era of the West's developing consensus that humanitarian intervention is a legitimate and desirable aim of foreign policy. He describes a dramatic failure characterized by the distance of combatants from their targets and their humanitarian goals, a situation he characterizes as a "virtual war."

While he thinks that intervention should occur in cases like Kosovo, Ignatieff is most worried that we'll see war as "a surgical scalpel" and wrap ourselves in "fables of self-righteous invulnerability," rather than face up to the fact that acting for ideals requires hard physical sacrifice. Ignatieff questions the justness of such a war: "War ceases to be just when it becomes a turkey shoot." To an uncomfortable degree, he feels, "America and its NATO allies fought a virtual war because they were neither ready nor willing to fight a real one."

The international community's ambivalence toward the Balkans, of course, mirrors what has happened in other recent conflicts, such as those in Rwanda, Somalia and the Democratic Republic of the Congo. Ignatieff uses Kosovo as a test case for the possibility of resolving moral and political issues within a new global framework. Looking at how the changing nature of war and international diplomacy responds to new philosophical and moral crises, he finds a general motivation to help others in need but seldom a clear sense of what that might entail. While he describes Holbrooke's motivation as "a simple gut conviction: that the Americans are the only people capable of replacing the Ottomans and Austro-Hungarians -- the only people with the character required for an imperial vocation," Ignatieff also shows that a commitment to support those ambitions with financial and human resources is clearly lacking.

Glenny's book is sweeping and grand, and it's a needed resource for understanding the Balkans, but 662 pages of solid history isn't for everyone. Ignatieff's book is more approachable -- it's much shorter and written in a personable style. But both succeed on the terms they've set for themselves, providing excellent examples of why journalists need to write books that clothe their daily reporting in the context of the past and the larger issues that inform the present.