My Japanese cooking teacher drills "the way" into my head. But on the night of a "chef battle," I surrender it to some pathetic pickles. 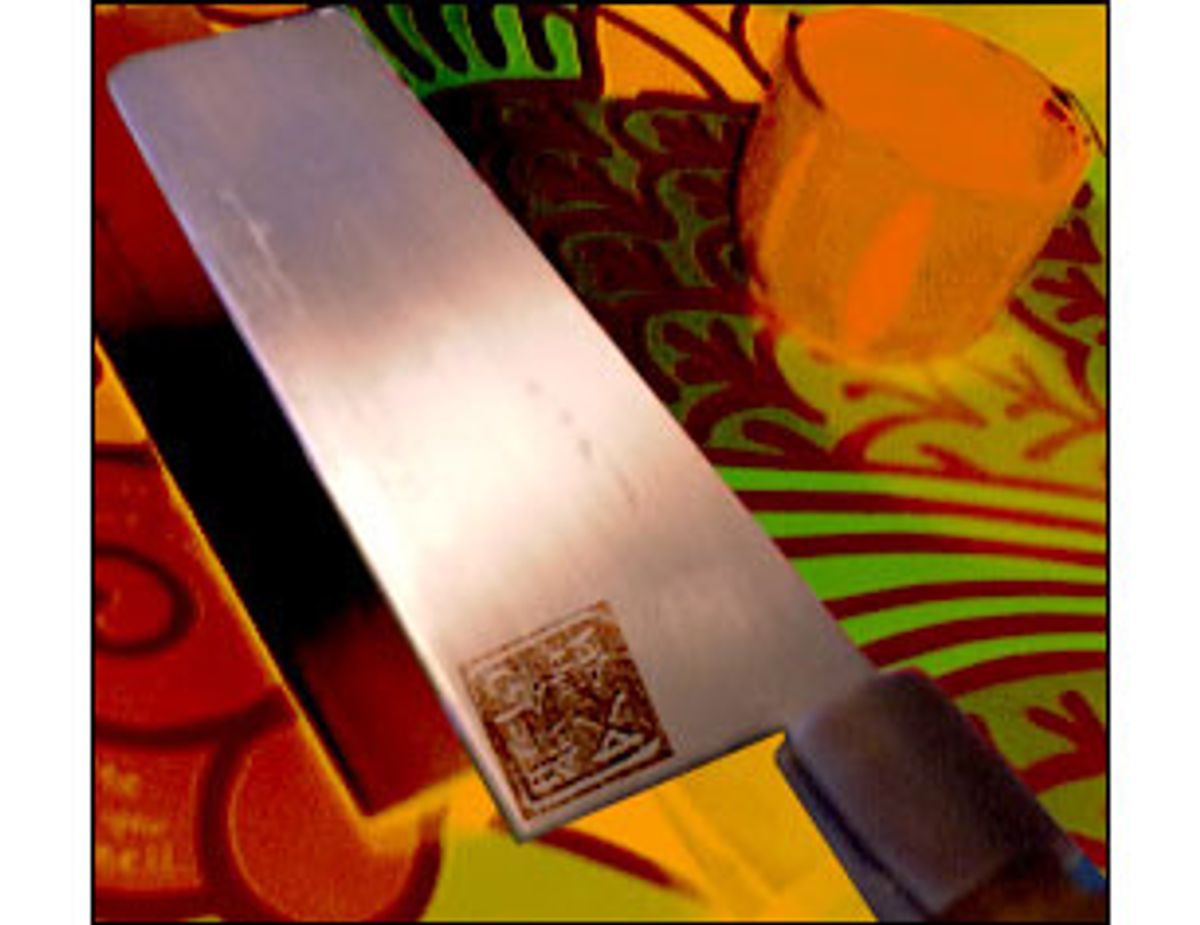 The Japanese speak of life as "the way." "The way" is how you do something, and things properly done always lead to perfection. I have always loved cuisine, and on my recent long stay in Japan, I wanted to flex the Japanese "way" in the kitchen. So I was very excited to make the acquaintance of Fujimura-san, a 65-year-old woman who agreed to mentor me in traditional Japanese cooking.

At our first class, I boasted about the miso soup I had made on my own. She explained that miso broth with potatoes, carrots, mushrooms and tomatoes was American soup. Miso soup was miso soup.

Simple enough. Miso soup could be garnished with green onions and wheat crackers, kelp and tofu, or countless other combinations depending on the type of miso and the meal, but one could not throw just anything in the pot and call it miso soup. Dogma would direct me on my "way."

I met Fujimura-san on lazy Friday afternoons, but the culinary intensity was always high-octane. First she taught me that the secret of soup lies in the broth. It was essential that my tongue and fingers grasp the effect of proportion on the entire meal. She drilled me, querying my taste buds over the addition of each ingredient. Even after the meal, when we would stretch out and gaze into the television, she would periodically dash to the refrigerator and pull out tiny snacks, still quizzing me on the composition of mystery sweets.

After I had studied eight months with Fujimura-san she endorsed my palate, and I threw smashing dinner parties. I was hot. I couldn't speak Japanese, but in a sushi bar I could order the most obscure fish ovaries and crab brains. I knew the mythological lore behind countless modern Japanese culinary treats. But I didn't remember to beware of knowledge.

The way is "doing," not "knowing." In Japan, Buddhism isn't a religion; it is "the way of Buddha." Calligraphy isn't an art; it is "the way of the brush." The final work is only a result of following the brush, so the "Zen" moment of execution is all-important.

One night my friends decided to have a "chef battle." I shared the kitchen with Hide, a rare Japanese "house husband." His wife was an editor for a major publishing company while he remained at home, preparing meals for his family. I respected his cooking and wanted to prove myself worthy of the same table.

Hide clearly required less effort to produce his food. He had years of practice. While I hurried to check my notes, Hide silently hummed and glided through his food. Bamboo rice, burdock omelets, radish pickles, miso soup with clams -- he effortlessly churned out dish after dish.

My main dish was inari zushi (sweetened tofu filled with rice), which would make any occasion festive. However, my recipe was far from perfect and I made a mistake early in the sweetening process. I knew they were dry and would lack flavor, so my heart dropped and my head began to race. Panic!

I was improvising a tofu-stuffed pepper dish, but sought to prove my finesse and unnecessarily dressed the peppers with nira (Japanese chives) and negi (Japanese scallions). I then found some extra cucumbers in the refrigerator and made a quick pickle dish. The marinade was a sweet and spicy sesame flavor, quite strong. The pickles alone would have been a welcome complement to any meal, but I grated ginger as a superfluous topping, again intent on demonstrating my flavorful prowess.

My instinct wilted and my technique was deteriorating. I wanted to make a visual impression, so I added green mitsuba leaves to the green cucumbers -- further muddying the taste and presentation.

In the end, everyone politely complimented all of the food, but I was crushed. I hadn't lost to Hide, I had beaten myself. After the guests left, my cucumber pickles sat in a pathetic hump on the table, a few stuffed peppers wobbled on their tray, and my inari zushi had begun to weigh down the garbage bag. Hide's plates, on the other hand, had been licked clean. Hide presented simple and perfectly executed dishes, while I got tangled in my skills and lost touch with the food. I skipped the "doing" and obsessively raced to the final result: death in the kitchen.

During the party one Japanese woman took me aside and told me the Americans might eat my inari zushi, but she knew better and couldn't touch them. Nothing remained but to make my "way" to a tear-soaked box of tissues.

Rahsaan Maxwell works for an educational non-profit in New York City. He currently has an article in NewTraveler.com."