In a novel by turns shabby, sexy and visionary, the Russian virtuoso captures post-perestroika Moscow in all its weirdness. 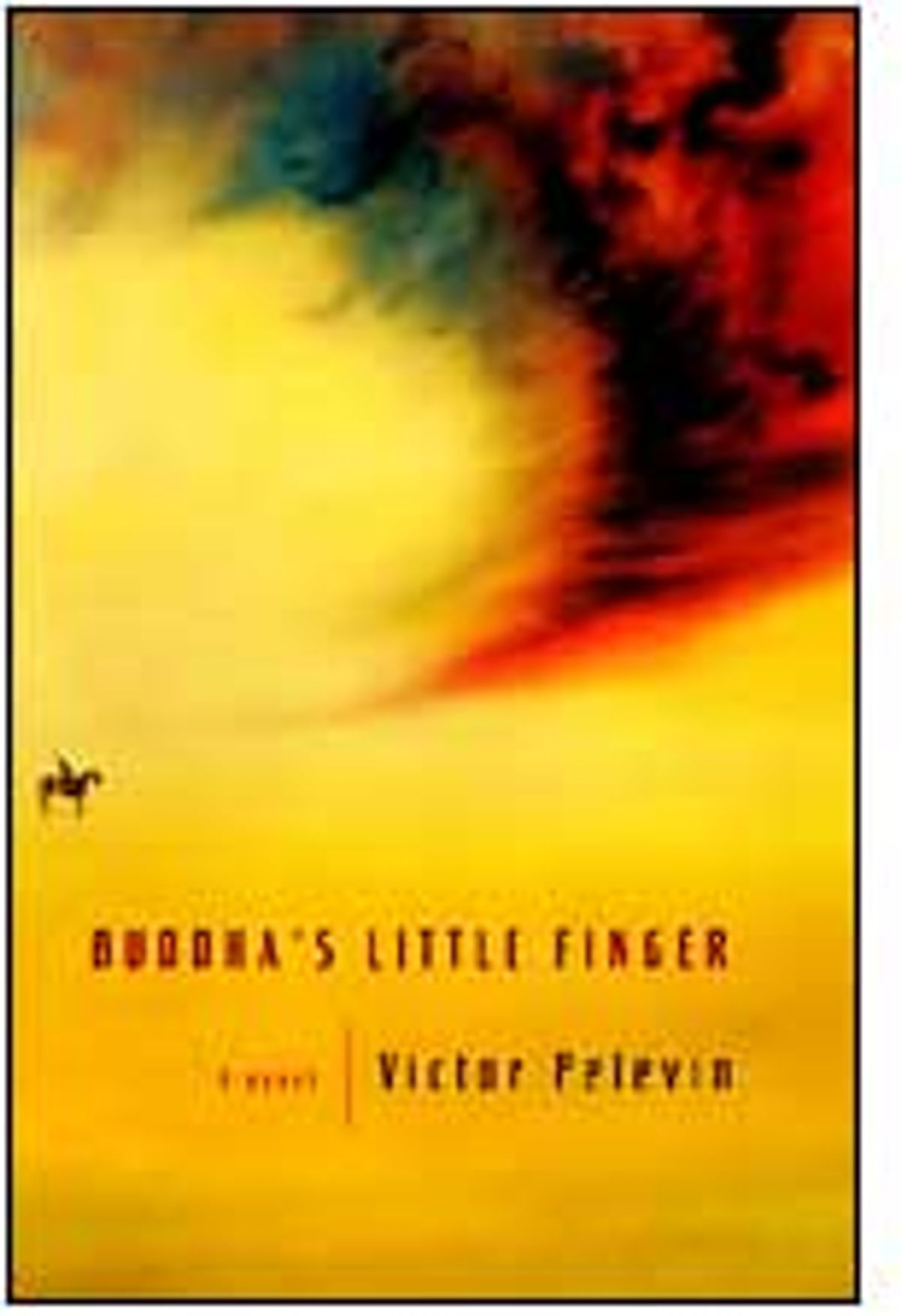 As astounding as it is frustrating, "Buddha's Little Finger" is Victor Pelevin's shabby, messy but often visionary take on his native Russia. A surreal collection of the drugged-out dreams of three patients in a Moscow mental ward in the early 1990s, the novel relies less on narrative thrust than it does on satirical vignettes that are alternately biting and toothless.

"Buddha's Little Finger" mostly follows the (imagined) adventures of 26-year-old Pyotr Voyd, who thinks that he is suffering flashbacks from the Russian civil war. In Voyd's mind, he is a Mauser-carrying poet and revolutionary who wields a mighty pen and argues about the philosophy of death with his commander, the real-life Red Army hero Vasily Ivanovich Chapaev. "Is it my inflamed consciousness that creates the nightmare," Voyd asks, "or is my consciousness itself a creation of the nightmare?"

That question gives some idea of Pelevin's method -- he slips in and out of reality with little warning. As in his 1997 collection, "The Blue Lantern and Other Stories," Pelevin plays with the line between dream and reality both in content and in form. But while he writes in an absurd, fantastic style inherited from Nikolai Vasilievich Gogol and Mikhail Bulgakov, he sometimes overreaches and winds up with sophomoric parody. In the novel's weakest satirical vision, a male patient named Maria imagines himself as a woman hanging off the wing of an airplane piloted by Arnold Schwarzenegger. ("He nodded and gave a broad smile," Maria recalls, "and the sun glinted on his teeth.")

But another patient's vision (a set piece excerpted in the "Russia" issue of Granta last year) strikes a perfect balance between Pelevin's Zen Buddhist preoccupations and his incisive observation of post-perestroika Moscow in all its absurd bleakness. A patient named Serdyuk imagines that he has endured an all-night interview with Kawabata, a Japanese businessman with a penchant for Buddhism, sake and coarse prostitutes. "All these crazy rituals they have," Serdyuk thinks. "Where do they find the time to make all those televisions?" During the meeting, Serdyuk is appointed "assistant manager for the Northern Barbarians"; toward the close, the two men discover that a rival company has bought theirs out. They become despondent, and Kawabata suggests that ritual suicide may be their only honorable response to this indignity. Serdyuk doesn't really see any reason to go on with his Moscow life:

The world that the Japanese was preparing to quit -- if by "world" we mean everything a man can feel and experience in his life -- was certainly far more attractive than the stinking streets of Moscow that closed in on Serdyuk every morning to the accompaniment of the songs of Filipp Kirkirov.

And so he commits seppuku.

Translator Andrew Bromfeld is astonishingly sensitive to Pelevin's shifting tones, which vary from the high formality of Socratic dialogue to the coarse colloquialism of Moscow gangster talk. Despite Pelevin's obvious talent for speech, though, his most persuasive weapons are description and metaphor. When Voyd tries to seduce a Bolshevik machine-gunner, for example, he laments the limits of passion: "I knew that it would be as pointless to reach out to her with lustful hands as it would be to attempt to scoop up the sunset in a kitchen bucket."

Voyd reaches a similar (if less artful) conclusion when he observes that "the approach to the goal is superior to the goal itself." Passages like that may appeal mainly to the crystal-bead set, but when it's not so Siddhartha-like, "Buddha's Little Finger" is definitely pointing in the right direction.