It's not easy being a struggling artist when your dad toured with Bob Dylan. 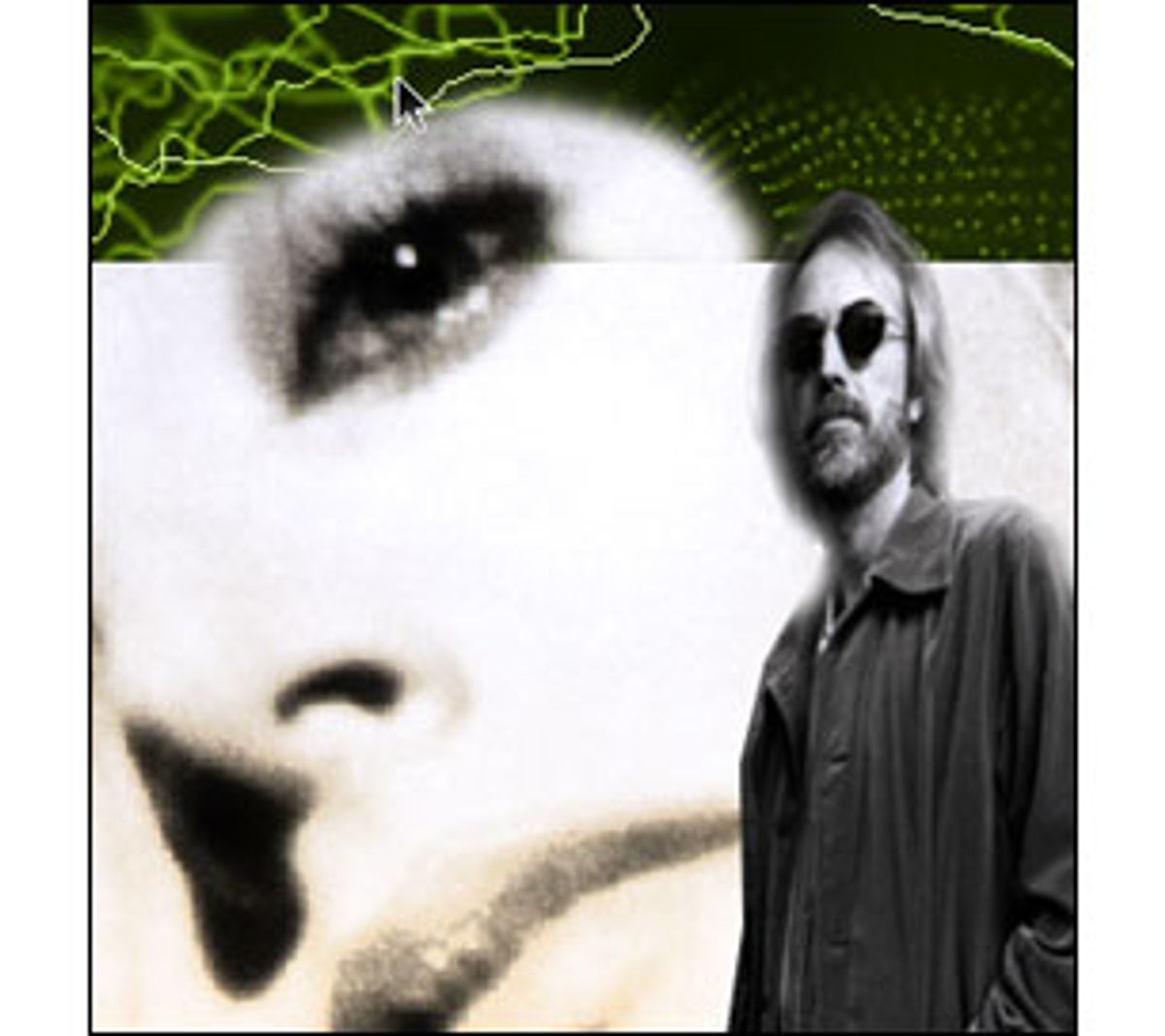 It's a rainy and cold Friday morning in February. Adria Petty is packing furiously for a trip to Los Angeles to raise money for and interest in her newest short film, "Issa." Her bed is a crazy mess of cats (three), Indian prints, press packets, suitcases, shoes and clothes strewn every which way. Aimee Mann croons from the stereo.

Petty's plane leaves in an hour and she's ordering in from Tea and Sympathy, the Anglophile eatery in downtown Manhattan. She throws hundreds of shirts onto her bed, searching for something that says, "Give money to a young, hip filmmaker." ("When in doubt," she says, sounding like a pull quote from a celebrity profile, "Agnès B.") You get the feeling this isn't the first time Petty has made a mad dash for a flight or, for that matter, put together a public presentation of herself. Anna Gabriel, Petty's partner on numerous projects, shows up, ready to go, packed neatly into a rolling bag.

In case you hadn't guessed, Adria Petty, filmmaker, is also Adria Petty, daughter of Tom -- a fact that Petty, 25, would like very much not to be the center of attention. Better yet, let's not discuss him at all.

Her work, she points out again and again, is her own. She doesn't want a "poor little rich girl" profile or one about "how Tom opens doors for his daughter." She's not an idiot, she points out; she knows how far her name and her background have taken her, but that "only gets your foot in the door," because without talent, she'd be ushered "right back through it." In fact, the whole line of questioning is more than a little uncomfortable.

It's impossible to be with her, as a reporter, and not constantly be struck by the paradox. The child of a rock star (read: irreverent icon), she was raised on money, celebrity, drugs, music and anti-establishment values. Now, thanks to her lineage, she has access to money, power and the media. And she wants to take that and turn it into an opportunity to be seen as an artist (read: irreverent icon) in her own right. Because while rock star may mean edgy, child of rock star means trust fund. And a trust fund kind of messes with your starving-artist image. Add to that the whole weird world of the music industry and what it must have been like to grow up in it ("I love your hand of God," Petty said, looking at the large silver hamsa around my neck. When I told her it was purchased in Israel, she said, "Oh, I loved Israel -- I was there when I was 13 and my dad toured with Bob Dylan") and you have one peculiar little package.

Petty (as well as Gabriel, Peter's daughter) has joined the ever-swelling ranks of celebrity children forging their way in the world while trying to navigate the fine line between exposure and exploitation. As Carrie Fisher once told the Los Angeles Times, she grew up as a "famous child just wanting to be normal." But she never was, nor really tried to be. And Petty is still a celebrity kid looking to stay famous, which makes it all the more ridiculous to hear her lament. She doesn't want to be written about because she's a celebrity child. How can she possibly escape it?

Petty's identity crisis began early, growing up as she did in the heartland of celebrity progeny. She was "way too eccentric for L.A.," she says without irony, noting how much she hated her private school ("I was voted most likely to forget where she went to high school"), filled with the children of people in the "biz." Hate it though she did, she acknowledges these contacts helped her later, grabbing her a lowly, yet prestigious -- as only these jobs can be -- $4-an-hour position in director Jonathan Demme's ("Beloved") office, where she "worked her ass off" as an intern. "No one wants to do things for sniveling rich kids who don't work," says Petty. In 1992, Petty moved east to attend the famously quirky Sarah Lawrence College, where Anna Gabriel was a dorm mate.

Until recently, Petty's Greenwich Village house (a peculiar little building, at once tiny in scale and huge in square footage, tucked in an alley) was filled with friends who helped her raise her much younger sister. We spend very little time explicitly discussing her father, but his presence is never absent.

Scattered and fun, with streaky platinum blond and purple hair, matte red lips, clear blue eyes and a bright pink '50s coat, Petty is kooky in the best possible way. She's also unnervingly candid. At the same time she's guarded and distant, in the manner of someone born to a life filled with prying eyes like mine.

For her trip to Los Angeles, Petty has put together a 12-minute promotional video that runs through six of her films, ranging from work she did as an undergraduate at Sarah Lawrence to her projects as a New York University film student and some independent work. Petty is interested in everything from documentaries (she's playing with a project about Cosmopolitan magazine) and full-length feature films to commercials. She has an eye for character and detail and seems to be heavily influenced by music videos.

Her latest film, "Issa," is an investigation of "internal and external privacy" and "not wanting to have the truth dictated to you," Petty says, between sips of a latte at her corner Starbucks. Which means? She is interested, she says a bit wearily, in the ways we are all invaded -- from the merging of information sources to the prying eyes of people who are interested in someone because of, oh, say, who her father is. It's also about a "girl who doesn't want to conform, so she wears disguises." (Petty hid her father's identity from her schoolmates at NYU for the first year she was there.)

Petty and I met twice in February at her house. Our introduction took place on a subway going uptown -- to the Paper magazine tent set up for Fashion Week in Bryant Park. Petty, in pink tinted sunglasses, waded in among the hip and beautiful, pointing out people she knew. That day, clothing designer Claude Sabbah was showing his newest collection and using one of Petty's short films as a backdrop. Sabbah designed the costumes for "Issa," draping characters in luxuriant, heavy cloaks with eye slits that conjure up images of glamorous ninjas.

While it's clear that Sabbah respects Petty's work, how many NYU film students have access to couture costume designers? In the crush of young actor-director aspirants, everyone works hard and trolls for contacts, but in such celebrity-drunk circles, it becomes especially apparent just how much last names do matter.

While we sat on the uncomfortable risers at the show, a photographer took Petty's picture as she smiled and whispered, "That's paparazzi." But most people didn't notice us -- there were too many full-fledged celebrities in the crowd to trifle with the kids. And there was something a little awkward about the whole thing. For one, Petty's films weren't where they were supposed to be. (It turned out they were being projected in the main foyer while the fashion show took place inside.) Petty was a little embarrassed. Sabbah, of course, was mobbed after the show, so we spoke only to his assistant. Petty then introduced me to her producer, Gena Boyer, gushing that Boyer would "love" me, as she herself did. I was flush with the praise -- until I remembered we'd known each other for just an hour.

We grabbed a cab outside Bryant Park, Boyer and Petty furiously barking into cellphones as we headed back downtown. Petty dropped Boyer off and suggested we get drinks in the lobby of the Mercer Hotel. The Mercer is a funny place, not the sort of stomping grounds that upstart -- or unknown -- filmmakers linger in. You can't sit in the exclusive hotel's lobby unless you're a guest or unless the hotel "knows you." We fell into the latter category. A couple of hours, a handful of free drinks from the obsequious staff and an assortment of off-the-record stories later, I felt as if we'd bonded -- become friends even.

And then Petty, late for a production meeting, was off, hopping into a cab with a tart goodbye and nary a backward glance. I was left with a mild buzz and the peculiarly off-center feeling that I'd contributed to the pyramid scheme of celebrity culture -- meeting Petty before she'd even produced a full-length video, let alone a feature film. My notes were a mishmash, filled with phrases like "Dad has nothing at all to do with my life in the city" and "hard work" and "L.A. is always perfect, that can make you crazy too" and "surreal."

Sarah Wildman is a freelance writer living in Washington, D.C.