Part how-to manual, part cultural history -- what hair means and what the hell to do about yours. 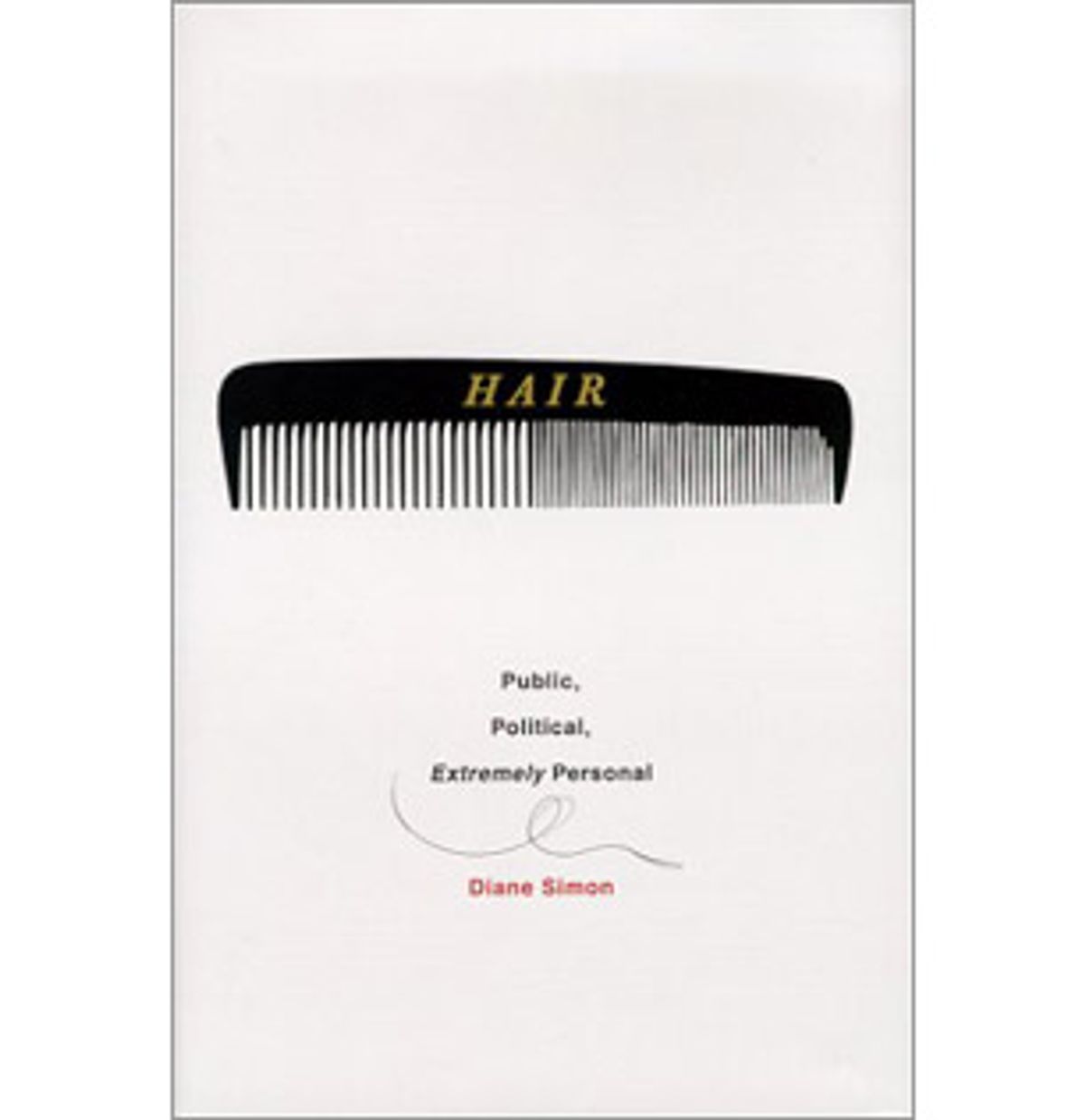 Obsessions can be fascinating or tiresome. Diane Simon's obsession with hair, which has engendered her prodigiously researched "Hair: Public, Political, Extremely Personal," is both. Unfortunately, Simon devotes more than 50 pages of that book to exploring electrolysis, waxing and other nifty hair removal tricks. The result: a cross between a Mademoiselle how-to article and a rambling American culture dissertation.

Simon does have lofty ambitions. She offers a sweeping examination of hair symbolism, culture and history dating back to the Romans. In his First Letter to the Corinthians, Paul wrote: "Does not nature itself teach you that for a man to wear long hair is degrading to him, but if a woman wears long hair it is her pride?" Since then hair has been an emblem of social order and a symbol of gender distinctions -- with occasional disruptions. In the 1920s, for instance, women traded their time-consuming tresses for the loose, androgynous bob. During one week in 1924, Simon reports, 3,500 women had their hair sheared at a New York salon; smelling salts were on hand for the many who fainted as their locks fell to the floor. Turns out others needed the salts, too: One hair guru warned that the haircuts would weaken women's scalp muscles and lead to baldness. And a Pennsylvania school board awarded $100 bonuses to teachers who left their hair intact.

Simon fast-forwards to contemporary hair issues with tours of African-American braiding salons in Harlem, N.Y., and of Orthodox Jewish wig stores in Brooklyn, N.Y. She travels to Florida to talk toupees (or "hair systems") with Sy Sperling, president of the Hair Club for Men. And she chats with an untold number of women as they shave, wax and pluck.

Simon introduces a cast of men and women saddled with every hair problem imaginable. They have too much or too little. They have the wrong kind or they have it in the wrong place. Some blame their mothers for inflicting hair shame; others blame society. And though a few characters are sympathetic (the bald men more so than the waxing women), after this endless parade, readers may forswear ever complaining about their hair again.

Among the hair gripers is one Leslie, whom we meet at a bridal shower and whose hair intimacies we're quickly privy to: She found her first armpit hair at age 12; she still hasn't forgiven her mother, who gossiped about the aberrant hair to her bridge group; and currently she sometimes shaves her legs but never plucks her chin. "Her mother, like many mothers, believed in 'neat,' 'clean,' and hairless," Simon writes. And as Leslie complains, "She gets extremely upset if one pubic hair is peeking out of the bathing suit ... I don't think it looks bad, and I don't think it's that important!"

It's unclear why readers would think this information is important either. After several chapters we get hungry for the big picture. Simon tries to offer it with extensive reporting, historical analysis and personal stories. But it's as if she'd tossed all these hair tidbits in the air, hoping they would fall into a sophisticated thesis. Instead, they just hang flat.