In lieu of a breakup, Microsoft proposes some minor behavior modifications to cure it of its monopolizing ways. 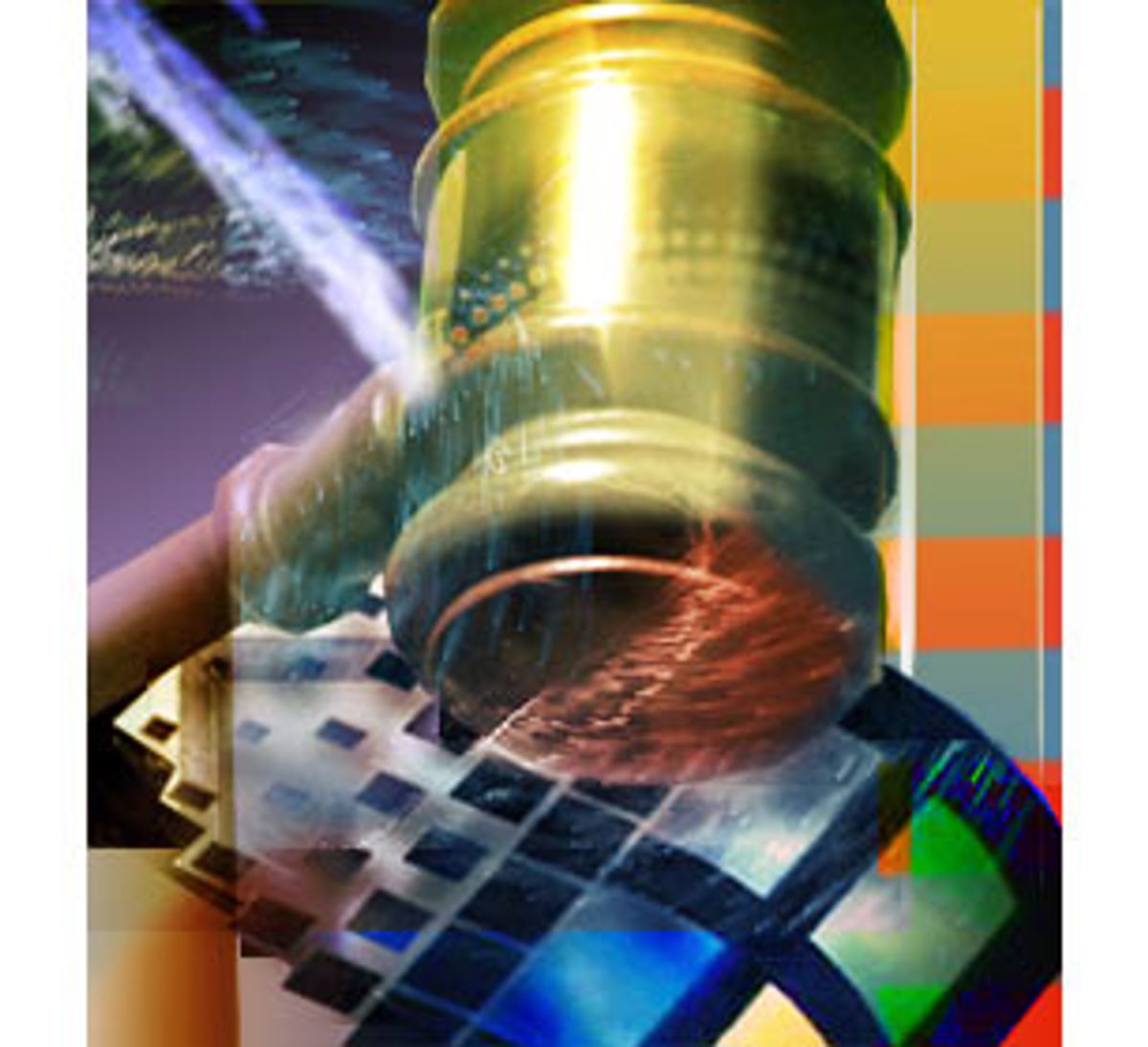 Though Microsoft has already been found guilty of violating antitrust laws, the company is adamant that it should not be forced to radically change its structure and apparently shocked that there should be any penalty associated with wrongdoing. In a strongly worded response to the Justice Department's proposal to break the software maker in two, Microsoft argued Wednesday that the government's remedy should be thrown out and a much milder set of conduct remedies should be implemented.

"Microsoft is asking the district court to dismiss the government's breakup proposal immediately," said Bill Neukom, Microsoft's executive vice president for law and corporate affairs. "Breaking up the company would be a punitive proposal that would fundamentally harm consumers, the industry and the American economy."

Such statements hardly come as a surprise, given Microsoft's vehement disagreement with both the Justice Department's case and the verdict of Judge Thomas Penfield Jackson. The company delivered a stack of documents to the court on Wednesday, including its argument against a breakup and a request for the judge to rule immediately on its proposals, so that it could put this nasty business behind it.

But for all its arguing that things should be otherwise, Microsoft still found itself in the awkward position of having to propose remedies for antitrust violations it maintains it never committed. Perhaps that explains why the "remedies" the company has proposed lack much punch.

Among the company's brave suggestions: Microsoft would let computer manufacturers ship Windows machines without an Internet Explorer icon; the PC makers could actually display icons for other software makers' products on the desktop and not have Windows taken away.

In a nod to Netscape, and the hard-hitting business tactics that set off the Justice Department's investigation of Microsoft, the software giant also suggests that it would allow PC makers to ship Windows machines that had been configured to make a non-Microsoft browser the default browser. Although, with Netscape now a minor division of America Online and its browser development sagging in comparison to Microsoft's, it's not at all clear which non-Microsoft browser PC makers would want to include. Microsoft's proposal would also enjoin the company to license Windows to PC makers without imposing limits on their ability to distribute Microsoft competitors' software.

The company's decision to propose some rather limited conduct remedies -- many of which relate to actions that the company has already denied that it engages in -- is a direct rebuff to the Justice Department, which has argued that it would be too time-consuming and expensive to police the software behemoth's day-to-day business practices.

"The remedy that they proposed is really a very minor conduct remedy," says Luke Froeb, an economist at the Owen Graduate School of Management at Vanderbilt University, who previously worked at the Justice Department's antitrust division. "They are just saying that they won't do anything that's already illegal."

Indeed, the proposed remedies suggest that the best course of action is to maintain the status quo. Take Microsoft's relationships with independent software developers. The company has long maintained that it reveals all the code that other software makers need to build programs that work with Windows. Yet, Microsoft's proposed remedies include a specific proposal to require the company to provide the same technical information about its products to all developers, regardless of whether they also support non-Microsoft platforms. Is Microsoft agreeing to change its behavior -- and therefore admitting it withheld key information in the past? Or is it suggesting that its punishment for breaking antitrust laws is no punishment at all, but just a continuation of its upstanding business as usual?

Both the court documents filed and the statements made by Microsoft executives point to one thing: Microsoft appears to be shocked that it might be punished at all, after having been ruled an unlawful monopoly just months ago.

"The government's proposals would take away Microsoft's property by forcing us to disclose the source code for our products, even though Microsoft spent hundreds of millions of dollars to develop these products," said an incredulous chairman Bill Gates. "The government also seeks to interfere with the design of Microsoft's products."

His thoughts were echoed by company executives who object to the idea that, under the terms of the government's proposal, "archrivals" would be allowed to have access to the company's "intellectual property." As Bill Neukom put it: "What that would mean in practical terms is that companies like IBM and Sun would receive billions of dollars worth of Microsoft's proprietary intellectual property and enjoy a competitive advantage against us. We would effectively be competing against ourselves, against our own intellectual property."

It's as if it never occurred to Microsoft that there should be a penalty to be paid once you're found guilty of breaking the law. And the company is determined to convince the judge that he should disregard the government's proposed remedies, or risk harming the entire computer-using population. "The government's proposals would regulate how Microsoft could design its products for consumers and restrict how Microsoft could work with other companies to develop new products or ensure that products work well together," said Microsoft CEO Steve Ballmer.

Of course, it's not surprising that Microsoft is offering a the-sky-is-falling prognosis if the government's remedy is implemented. "Every defendant says this," says William E. Kovacic, a law professor at George Washington University -- but the Chicken Little song won't necessarily do the company any good. "Because it's said so often with equal intensity, I think there's some measure of distrust."

Still, Kovacic adds, "Microsoft has some valid concerns. I would say that from the perspective of contemplating what it means to undertake the reorganization of the world's most significant commercial enterprise, they present good arguments about why Jackson might want to be careful with that."

How is Judge Jackson likely to react to Microsoft's remedies? Robert Litan, vice president and director of economic studies at the Brookings Institution, thinks that how Jackson views Microsoft's proposals will depend on how they compare to the confidential ones that the company offered during the settlement talks with the government, which ultimately broke down.

"He'll probably compare the two, and will probably not be happy if this list is shorter than the original ... The receptivity of Judge Jackson to these proposals depends on how severe he views the violation," says Litan, who formerly worked in the Justice Department's antitrust division. "If you read the words of the opinion, his opinion is very harsh. But I think it's hard to read his mind ..."

Of course, the plaintiffs in the case found Microsoft's proposals too lenient. Iowa Attorney General Tom Miller, the head of the Microsoft working group of 19 states and the District of Columbia, rejects Microsoft's remedies out of hand: "The remedies proposed are inadequate. The measures would not have prevented the serious violations of law found by Judge Jackson, and they are no adequate remedies to assure the law is not broken in the future."