Perfect for this world

Scarlett O'Hara taught my mother to make a velvet dress out of the living room curtains. And my mother, before she died, taught me that I must win at all costs. 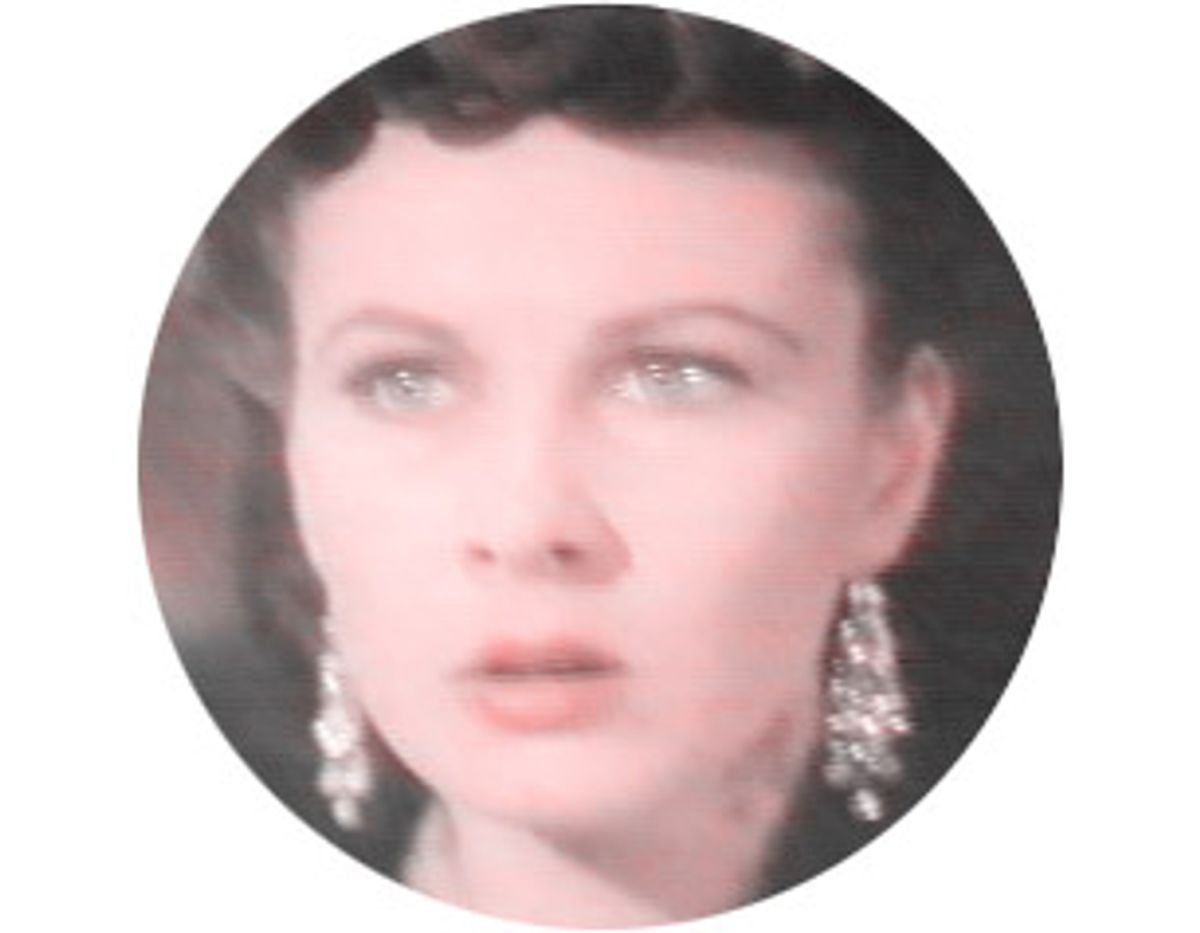 My mother watched "Gone With the Wind" about 15 times, but she only paid
for her first viewing.

Like me, all the kids used to go to the movies every Tuesday, accompanied by
their mothers. In Israel, where we lived during the '60s, there was a recess in the middle of each film. The kids usually stood in line to buy popcorn while the mothers went together to the ladies' room.

However, to my discreet sorrow, my mother acted differently.

On our first trip to "Gone With the Wind" she went into the film projector room during the recess, and returned only after the lights went back off. She was a beautiful woman, and we never had to pay for a movie ticket again. (And mind you, I watched the same movie three more times before I finally stopped accompanying her.)

My mother learned important lessons from the film. She took down the living room
curtains and sewed them into a pretty dress for herself and a nice suit for me. She mastered the sewing machine perfectly.

Evidently, Scarlett O'Hara had great success with her velvet curtain dress.
My case was different. The building where we lived consisted of small apartments arranged around an open patio, and the patio kids always stayed in each other's homes. That's how everyone knew that my suit had been made of curtains.

"Now that you have a suit, will your mom use your clothes as curtains?" Jacob asked.

Three times I arrived home marked with signs of fighting. I claimed it had
been a fight over a boy, because I knew my mother would admire that. She was
a romantic, after all. I experienced hard times, but she seemed so proud of
our new clothes, and I had no heart to refuse her gift. How could I? She said I
was the most wonderful princess she had ever dressed.

And business had never been better. My mother had developed a delicate
marketing strategy, after she realized how impressed the neighbors were by her
ability to create clothes. Soon, many living rooms lost their curtains, to be replaced with straw blinds, and the women brought the fabric to Mom. She invited "the ladies" (as she called them) for tea and involved them in light conversation. My mother was the only daughter of a professor of literature, as well as a dancer, and she had inherited the brilliance of both. As a result, she easily charmed anyone around her. When the women felt completely at ease, she told them the price of the clothes. At that point, nobody could have refused her anything.

To please my mother, the only thing I had to do was be good at whatever I did. When I decided, at the age of 6, that I wanted to join a circus, my mom made me train every day. I put mattresses on the patio, jumped, rolled, stood on my hands and on my head and tried to attract an audience. I escaped mockery because some of the other kids decided to join me. While Mom conducted the small business affairs that rendered us a minimum amount of comfort, I dedicated myself to my future profession.

After a month or so, we, the circus players, felt confident enough to put on a show. One sunny afternoon, our mothers and two or three unemployed fathers bought tickets for the big event. We said that the money would be used for charity. As most of our families lived off small pensions of all sorts, it was true enough.

The show started at exactly 4 p.m. We made a pyramid, performed spicy clown jokes, walked on our hands in a zigzag formation and manipulated marionettes. We performed with great skill and received yells and applause from our astonished crowd. When I looked up, I saw my mother smiling and clapping her delicate hands, as charming as ever.

After everyone had gone home for dinner, my mother sat at the wooden table and asked me to join her. I suspected that she had something serious to tell me.

"Darling," she said, "was the circus your idea?"

"Hadn't you started training long before the others joined you?"

"A week is a long time," she said. "Don't you agree that you're the best athlete and the funniest clown?"

Of course I didn't object. Instead, I agreed enthusiastically.

"So why," she finished dramatically, "why were you not the star? Why did I have to look for you among the others?"

She had caught me by surprise. I hadn't given it a single thought. I had enjoyed performing in the circus so much, I hadn't wished it differently.

"Fun!" she mimicked me. "Fun! How will you survive in this world?"

The words were familiar, and they didn't have the impact my mom had probably
wanted them to have. I knew she would always be there for me. She was so beautiful, so smart and strong. She would protect me. After all, I was only a plump little girl with problems in math.

Sometimes I would ask my mother: From whom had I inherited my looks, my difficulties in school, my awkwardness?

And she would answer: "Your father, too, had to struggle his way around, darling.
May angels guard his soul."

I understood that my dad had already gone to heaven because he had not been
suited for this world.

Now I edit cookbooks. I never use curtains as background in my photographs. They remind me of "Gone With the Wind."

I sometimes recall how my mom showed me the ways to win in this world. I remember that she said I shouldn't express emotion. It is very likely that she was right.

During the years that followed the big circus show, I tried to follow the paths of my mother's practical mind. I was not surprised when I grew taller and received good grades at school. I knew that I could go further than anyone else. Because I was fortunate enough to be her daughter, everything was possible.

That was why I was so shocked when my mother became sick. It was the year that I turned 14. She refused to go to the hospital because, she said, she knew better than the doctors what was best. My French aunt hired a nurse to help her. My mother was not pleased. It was more than we needed, as she put it.

It took my mother three months to die. For three months she repeated everything she had ever taught me and added some new ideas. She looked like a skeleton at that stage, and I was afraid. Nevertheless, she held on -- alive and talkative -- until she felt that I might survive without her.

Then she kissed my tears, said she trusted me to win and died. It was all done according to her precisely calculated timing.

She was perfect for this world.

Avital Gad Cykman, a native of Israel, has lived in Brazil for the last 10 years. She has published her fiction in numerous journals, and is currently completing a collection of short stories.