As we waft out into the world

Notes from a bar in Thailand: Potential binds us passengers together. Then, at the point of arrival, our camaraderie evaporates. 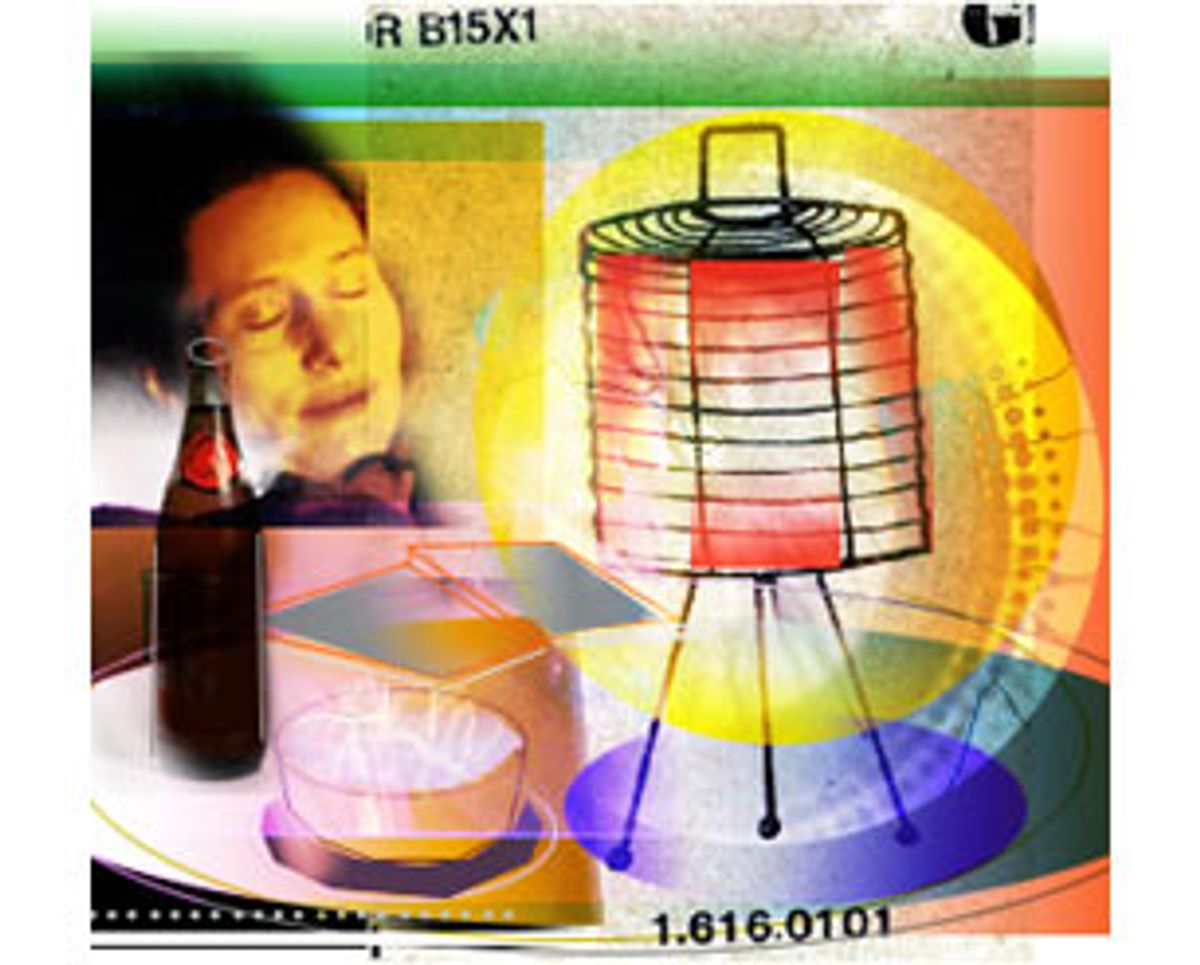 The man's face was delicate and fastidious, with a high forehead. He wore round glasses with tortoiseshell frames and his thinning hair was swept neatly behind his ears. Cradling his glass of beer with the tips of his long fingers, he talked constantly with his companion, a young woman with a muted, nondescript grace, a Caroline Kennedy appeal. Their words -- English? German? Swedish? -- were absorbed by the sounds of the humid night market and the sex shows all around.

I took my first bite of a long-awaited dinner, a bowl of noodles with squid. A slow-growing burn worked its way down my throat, an expanding mushroom cloud of peppery heat. The tourists scrutinizing the nearby stands loaded with T-shirts and sunglasses cast a few glances at my red, shiny face. Like me, they recently had walked -- brisk and purposeful -- past the open door to Pussy Galore.

The barmaid brought me a pile of napkins. I bent low over my journal, wiping my eyes. I was recording my day.

"I like to be going somewhere more than being anywhere."

That seemed a good beginning.

"I like tickets and timetables, even seat assignments. Being on the road means being in line. Queued up. Ready to board. I like to be among those who are departing."

I gulped beer in between sentences. I nibbled the fiery noodles, too, because I was hungry. Then I had to gulp some more beer, quickly, to drown the fire before it could spread. Scribble notes, nibble noodles, gulp beer.

"Hanging out on beaches is all right. For an hour or so."

I hastily signaled for another big bottle of Singha.

"But I'd rather be in transit than in paradise."

My tears were becoming the real tears of a person who was getting more than halfway drunk while alone and jet-lagged and filled with the standard engulfing emotions of longing and loss. I was filled with a prickly prescience as well, the kind that causes one to fixate on someone else's face. The man with the longish blond hair -- I felt an awe and mesmerism I hadn't known since college ...

"I didn't go to the island in order to get there."

"I went there so as to have somewhere to go."

He was, I decided, a critic, a poet, an experimental writer. No, he was a salesman, a dentist, a computer programmer. Thailand was a bargain right now. He's just like you, I told myself. (I scowled at a family of four eyeing my table.) Another tourist.

Maybe so, I replied, but being here had released him, obviously. Because he had an aura, I could see it. He was transformed from his ordinary life, his double had been unleashed. He was this mesmerizing self.

The man glanced at me (were my lips moving?) and I quickly returned to my writing.

"I crossed the strait on a toy-colored boat."

"Islanders were returning from market on the mainland, baskets of silver sea-somethings at their feet."

I couldn't resist the travelogue imagery. I glanced at the man and saw that he was laughing, his eyes crinkled closed. I began writing for him. I began writing to him. I would tell him about my day.

"On the island, a parade of lone backpackers was in constant motion. Each wore that pinched traveler's face, the one that focuses on the horizon and feigns distraction. This is just a chance happening, this slogging through warm, white sand next to a bright green sea. I am actually on my way to somewhere else -- Malaysia, post-graduate studies, the pier for the next ferry out."

The woman pushed back her chair. The man finished his beer. I wrote faster.

"On the island, I felt full of myself. But only myself. I felt aware of my singularity. Back on the boat, though, loneliness gave way to a close circumscription. There's an intimacy to being anonymous in a small, unstable space."

When the woman touched his arm, the man's contained look of pure pleasure spilled over into a small, crooked smile. I remembered now what it was I wanted to clarify about my day trip, about travel in general.

"Ferry boats sink all the time. Like trains and airplanes, they are repositories of imminent disaster."

(The boat that day had, in fact, been listing to one side and drawing water.)

"This potential, I feel, binds passengers together. Sadly, it is at the point of arrival that our tacit camaraderie evaporates, as we waft out into the world."

The man stood. I took a last, long drink of my beer and bowed my head over my notebook.

"I raised my face to the whipping late-afternoon light. The ferry chugged along. We were all adhering to each other now, through tension if nothing else, like droplets in the sea."

The barmaid brought my bill.

"Of course, when we hit the shore we scattered."

He was gone when I looked up.