Abortion at the movies 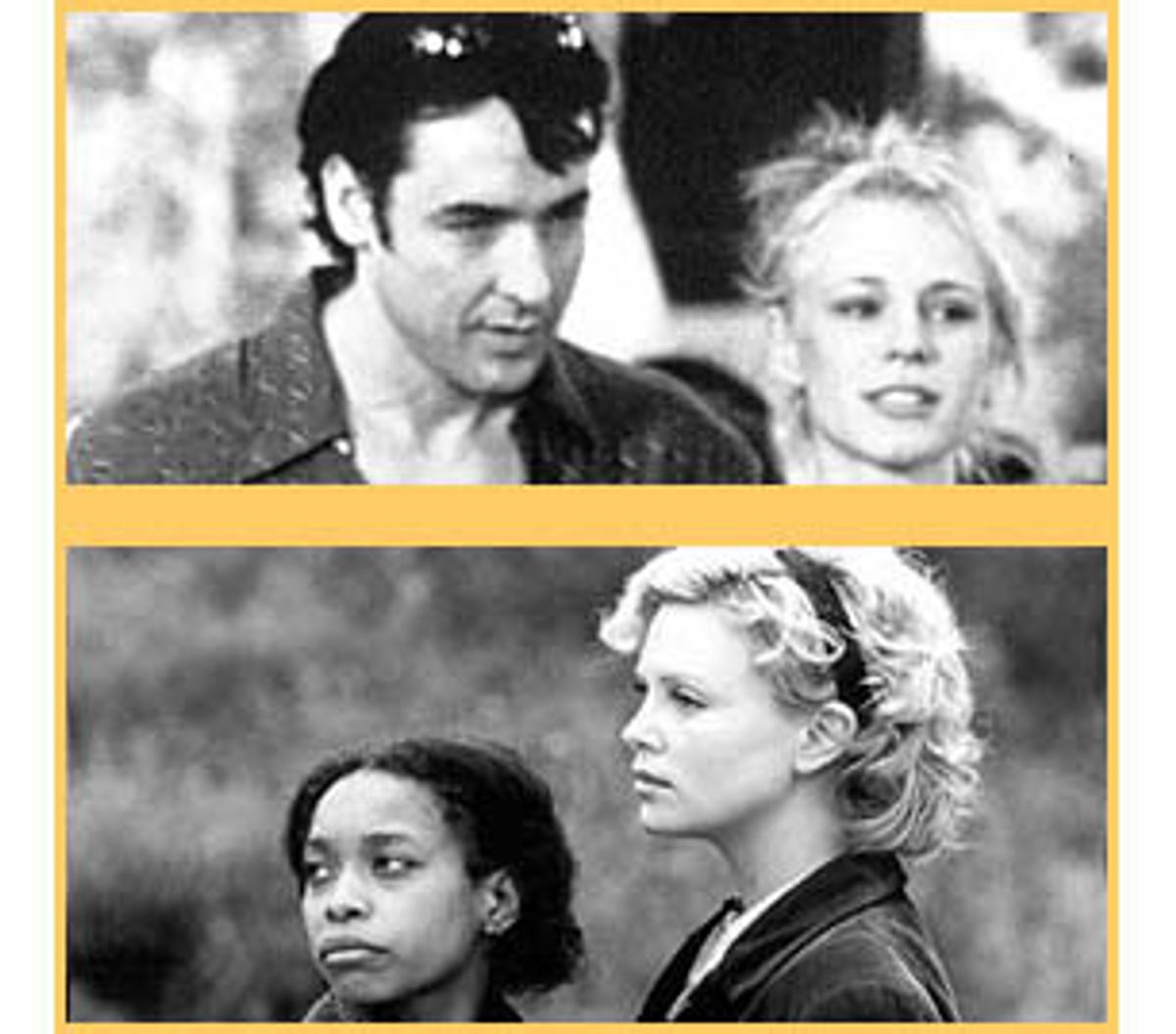 "The Cider House Rules,"
an earnest and strangely contrite morality movie about the horrors of illegal abortion, has received official designation as the pro-choice film of the year -- if not of all time. And that's OK, I guess. It certainly works hard to remind us about the agonies our society endured when abortion was a crime.

But it is not the courageous or radical film that critics and pro-choice advocates claim it to be. That particular distinction belongs to a movie that has been recognized as little more than a smart romantic comedy with an exceptionally great soundtrack. That movie, which conveys an almost revolutionary take on abortion, is "High Fidelity."

It is not surprising that "High Fidelity," directed by Stephen Frears and based on a 1995 British novel by Nick Hornby, has received almost no attention for its pro-choice politics. Its abortion plot line occupies about three minutes of film time.

Running down the list of things he did to cause his girlfriend to leave, Rob (the protagonist, played by John Cusack) tells us that, among other things, he slept with someone else while his girlfriend, Laura (Iben Hjejle), was pregnant. He quickly explains that he didn't know Laura was pregnant, but Laura knew about his infidelity and, as a result, had an abortion without telling Rob about the pregnancy in the first place.

Rob learns of the abortion during a conversation with Laura about having children. She breaks down and tells him about the abortion. Mortified and full of guilt, Rob responds by chastising Laura for having had an abortion without consulting him. And then he does an amazing thing. He tells the movie audience -- flatly and without melodrama -- that his response was both spineless and insincere. It was not a valid complaint, he admits sheepishly, but just more evidence of his selfish unwillingness to take responsibility for cheating on Laura. And then he starts talking about something else.

The abortion incident becomes part of Rob and Laura's history, another example of how they have hurt each other (mostly how he has hurt her). It is not an event that defines who they are or what shape their relationship will take. Laura is not a villain for having had an abortion. Rob is not a villain for using, in a moment of self-serving piousness, the anti-abortion language of "It's my baby too." They are just two people who experience the ups and downs of an intimate relationship, including the reproductive consequences of sex.

"High Fidelity," in a context free of dogma and high drama, represents Laura's abortion as a brief moment of crisis that does not doom her to eternal unhappiness. In fact, the film gives Laura and Rob a happy ending. That is radical. When has a movie ever suggested that a woman can have an abortion and move on with her life?

Certainly that is not the message of "The Cider House Rules," which is based on the 1985 novel by John Irving (who also wrote the screenplay). The first woman we see having an abortion in that movie dies. She is a young, nameless white woman who suffers through a gruesome illegal abortion only to die before she can be helped by the "good" abortionist, Dr. Larch (Michael Caine). Maybe this woman, as a symbol of all the women who endured the horrors of illegal abortion, had to die. But her death is more than just a poignant reference point in the movie; it sets the tone for the whole saga. All the women who have abortions in "The Cider House Rules" are punished in one way or another.

Candy (Charlize Theron), the film's heroine, undergoes an abortion that initially appears to have no significant consequences. She is reassured by Larch and the nurses that her abortion will not affect her ability to have beautiful children, and her recovery is swift and relatively painless. Her life goes on; her love life even thrives.

But when Candy's boyfriend returns from the war paralyzed from the waist down, the film exposes its contradictory politics. (Did you wonder why the boyfriend couldn't have been blinded or maimed?) His injury, contracted not honorably in battle but by contamination from disease-bearing mosquitoes, insures that Candy will have no children, beautiful or otherwise. Maybe now she and her boyfriend will experience the regret they never seemed to feel about the aborted fetus -- in hindsight, their one chance to have a child.

Then, of course, there is Rose Rose (Erykah Badu), the young African-American woman whose pregnancy is the result of incest with her father. It is Rose's pregnancy that finally convinces the film's young protagonist, Homer Wells (Tobey Maguire), that it's OK to perform abortions. (Watching the young white woman die as the result of an illegal abortion somehow wasn't convincing enough.)

Rose runs off after stabbing her father. We can only guess what will happen to her. Homer asserts that Rose will be OK, that she knows how to take care of herself, which would be convincing had the movie not turned on the fact that Rose could not take care of herself: She had been made pregnant by her father and would have been unable to secure an abortion had it not been for Homer's help.

After tormenting all the women who have abortions, "The Cider House Rules" finally kills off the doctor who performs abortions.

Dr. Larch dies as the result of an ambiguous overdose of ether. His addiction is elliptically referenced in the film as the byproduct of his dedication -- exhaustion has made it difficult for him to sleep. But the image of Larch's ongoing nighttime battle with ether conjures two anti-abortion taunts: The abortionist cannot sleep at night or the abortionist cannot live with himself. In either case, the film's treatment of Larch hardly works as an endorsement of his good works.

Young Homer does return to the orphanage to continue to perform abortions, but this move does not dispel the pall cast by this film. Abortion seems to make everyone in this movie miserable, except perhaps the quirky and happy orphans who exist, it would seem, to illustrate yet another tenet of the anti-abortion agenda: If it weren't for the difficulty of securing an illegal abortion, these orphanage kids wouldn't exist at all. "Don't abort us!" these kids seem to shriek out to the audience. "We're too cute to die!" Hence the orphan Homer's ambivalence about the morality of abortion.

Admittedly, it is odd to want to celebrate "High Fidelity" for its three-minute act of creative courage, especially when we are expected to praise the more sober and eminently rational "The Cider House Rules." But whatever else "The Cider House Rules" may do, it doesn't deviate from the basic script that says women who exercise the right to choose are inexorably stained and deserving of punishment.

"High Fidelity," with its brief depiction of Laura's abortion as distressing but surmountable, actually delivers the more radical message that abortion doesn't have to be the stuff of tragic melodrama. It can be, and often is, simply one compelling anecdote in the overall narrative of life.