In a terrific first novel, a restless 18-year-old feminist idles away a summer on an island of irascible Maine lobstermen. 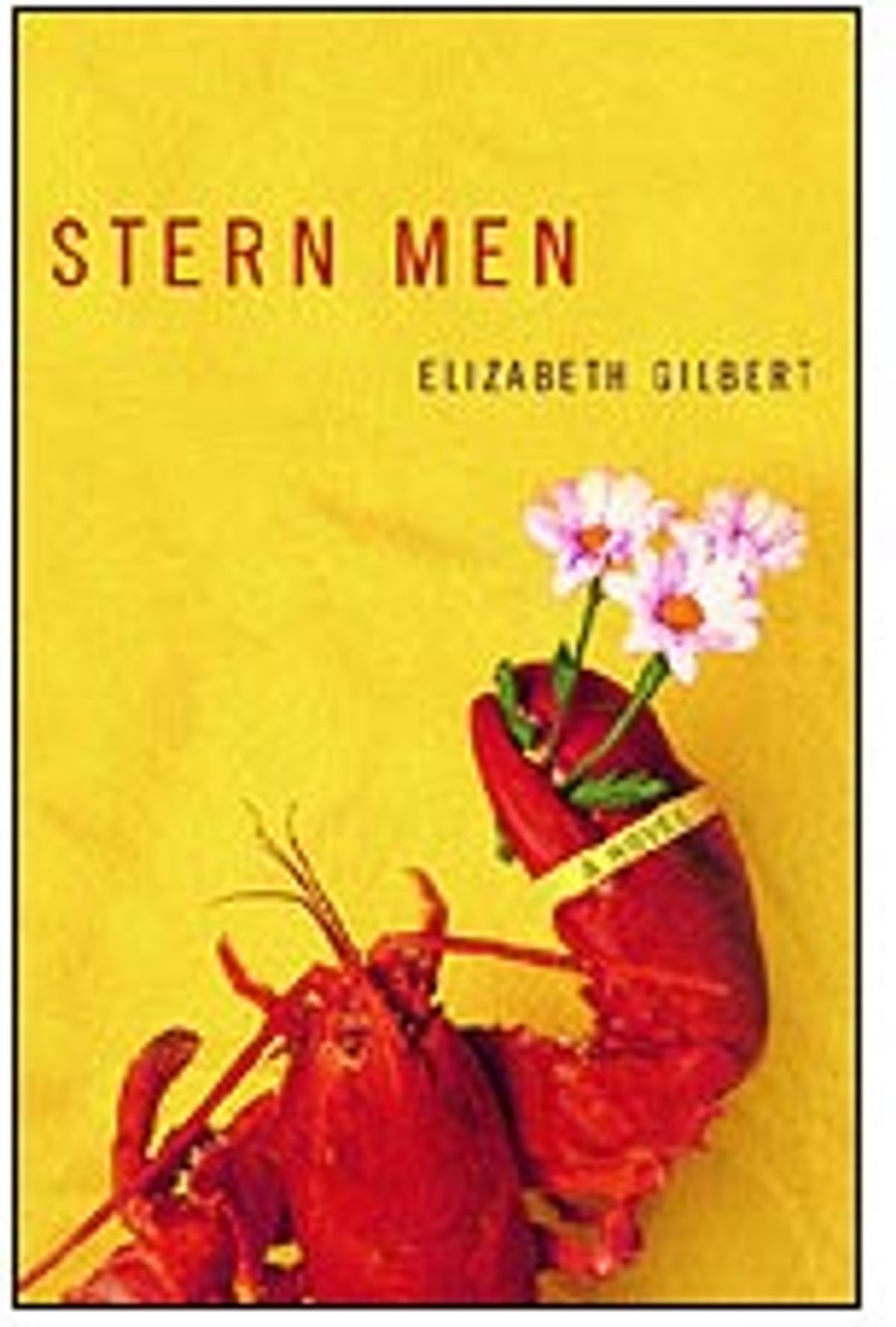 In this breezily appealing first novel, Elizabeth Gilbert presents us a heroine as smart, sly, plucky and altogether winning as her own prose; it's difficult, in fact, not to develop a knee-weakening crush on both. At the age of 18, Ruth Thomas has hair so black and thick "she could sew a button on a coat with it"; her face is roundish, with an "inoffensive nose," and though she's saddled with "a bigger rear end" than she'd prefer, she pays it little mind, for she's not, as Gilbert writes, "that kind of girl."

Instead, she's this kind of girl: independent, stubborn, wisecracking, laconic, self-consciously rugged -- a feminist with little interest in agendas but with scads of tomboy drive. In short, just what you might expect the daughter of untold generations of irascible Yankee lobstermen from a remote Maine island to be, and then some.

Having returned home to the fictional island of Fort Niles after four years in boarding school, Ruth idles through her 19th summer hoping halfheartedly to land a sternman's spot on one of the island's myriad lobster boats. That the idling outweighs the hoping proves a boon to Gilbert's readers, for Ruth passes her days volleying, like a slow-moving pinball, from character to character, most of whom dazzle and whir as much as any flashing pinball bumper. There's Simon Addams, a haplessly situated hydrophobe nicknamed Senator for his patchy if authoritative breadth of knowledge, who's the founding curator of the still-to-be-founded Fort Niles Museum of Natural History; Rhonda Pommeroy, an amateur beautician and fisherman's widow whose kitchen is painted the same garish lime green as her late husband's lobster-pot buoys; Ruth's father, Stan Thomas, a taciturn lobsterman known on the Fort Niles docks as Greedy Number Two; and Angus Addams, her father's best pal, an even crustier lobsterman bearing the handle of Greedy Number One. This anthropic carnival, with its muted sweetness and its feistily democratic flavor, carries the faintest imprint of Charles Dickens, and a deeper one of his self-styled heir John Irving; and, as can happen in their novels, the oddballish walk-ons often threaten to walk right off with the book.

They also threaten, at times, to walk off with Ruth's future. To begin with, there's the Ellis family, who made their early fortune mining granite from the island and who still loom over Fort Niles, despite the collapsed market for granite and their sniffy part-time residency. Ruth's mother is an Ellis, though not in the Ellises' minds; the daughter of an orphan adopted as a plaything for a bratty Ellis girl, Ruth's mother is nothing short of an indentured servant, having years before left Ruth's father to remain with the Ellises in Concord. Her handmaid status in the Ellis household may not be clear to her, but it's quite clear to Ruth, and it isn't a legacy she's willing to inherit. Gilbert here extends the antipathy she displayed for the upper crust in her superlative 1997 collection of stories, "Pilgrims," though not always as convincingly -- her depictions of the high and mighty, like Dickens', sometimes teeter on the cusp of caricature.

Another of Ruth's quandaries comes via Owney Wishnell, a quiet, meaty Swede from Courne Haven, Fort Niles' "rocky and potato-shaped" twin, which lies just a mile across a fast gut of seawater, the two islands facing each other like "two old bastards in a staring contest." The analogy extends to their crabby denizens, gazing out across the lobster waters at the neighbors they wish weren't there, except that people can do what islands cannot -- fight. So fight they do, as they always have, and as they think they must. Over the years, it seems, the lobstermen have taken on the behavioral trappings of their prey. Clawing and snapping, they resort to any means, even a kind of metaphorical cannibalism, to guard every last cubic yard of their wet territory. Thus, poor Ruth Thomas finds herself stymied at nearly every turn during that fateful summer: in love with the enemy, at war with her family and wholly unable, moreover, to procure a sternman's gig. What's a girl to do?

The answer: whatever the hell she wants -- and Ruth is determined not to settle for anything less (or more) than precisely that. "Watch me!" she exclaims at one juncture. "Watch me, world! Look out, baby!" And if Elizabeth Gilbert ever says the same thing, take her up on that challenge -- look out, baby, indeed.