Turtle meat, pirates and 10 sunken ships: The grand island has something for everyone. 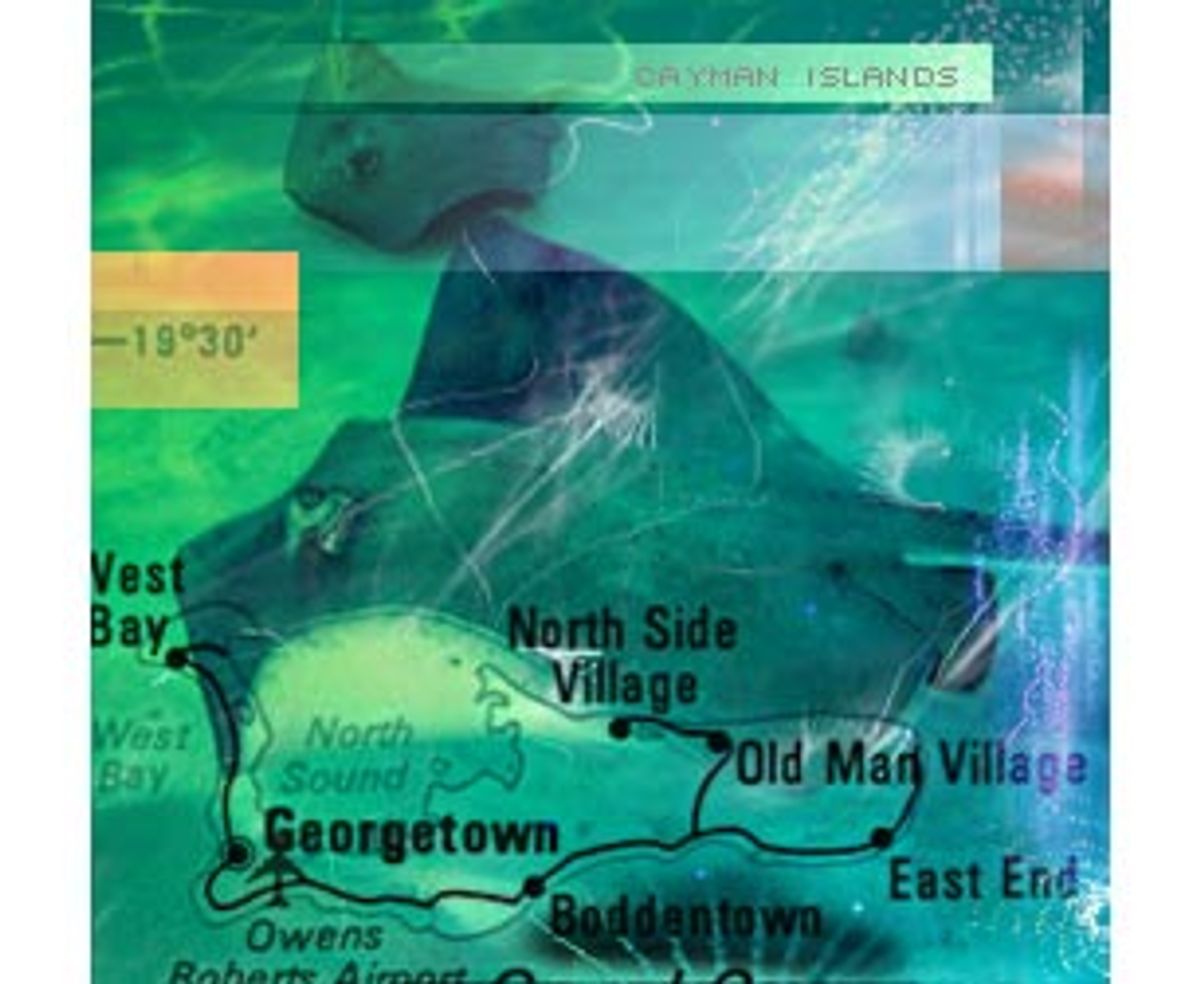 The motto on the national emblem of the
Cayman Islands reads: "He Hath Founded
It Upon the Seas." On the seas indeed:
No point on any of the three islands --
Grand Cayman, Cayman Brac and Little
Cayman -- that compose this British
crown colony is more than a few minutes'
drive from the ocean.

Christopher Columbus is credited with
the discovery of the Caymans in 1503. In
subsequent years, sailors descended
on the islands for fresh water and
turtle meat, of which there was plenty.
Fishermen and shipbuilders soon
followed, and pirates -- Sir Henry
Morgan and Blackbeard, among others --
are said to have made camp there. But it
wasn't long before the spot was luring
tourists, and in the early 18th century,
visitors began sticking around to build
homes.

The most popular of the islands, Grand
Cayman, is divided into five districts.
George Town, on the sheltered western
side of the island, is the smallest and
has the best port. Once the site of an
enormous pigpen, the town was first
called Hog Stys -- not exactly an
inspiring name for a vacation spot. At
some point during the early 18th
century, the name was changed in honor
of King George III. The pigs moved out
and the people moved in. Today it is the
seat of the government, the center of
the nation's banking and business
interests and the most populated area.
And, of course, one finds the duty-free
shops in this district, too.

George Town is also the site of a house
worth seeing. In 1935, Carroll Henderson
started buying conch shells. When his
collection exceeded 4,000, he began work
on his dream house: conch shells
anchored in 12-inch-thick concrete
walls. He could set only 30 shells a
day, so it took more than two years to
build the place. But when it was
finished, it had been made so well that,
during the Second World War, the U.S.
Navy used the house as a bomb-storage
depot. Today, the builder's son lives
there and apparently doesn't mind
sightseers taking a peek.

For a more traditional example of Cayman
architecture, hop over to nearby West
Bay, on the northwest part of the
island. In the central district of Grand
Cayman, called Bodden Town, you'll find
Pedro's Castle, one of the oldest homes
on the island. Built in 1780, it has
rock walls 3 feet thick, a nice view and
underground dungeons. What more could
you ask for?

In one of those bursts of creativity
that overcome early settlers, the
eastern end of Grand Cayman was named
East End. It's one of the least
populated parts of the island, still
home to a very rural lifestyle. Tourists
go to the district to see the action at
the blowholes, which are openings in the
top of underground coastal caves. Great
plumes of sea spray are created each
time a wave dives into a cave and
explodes through the hole.

From the nearby beach, you can see
what's left of a group of British ships
that foundered on the reef in 1794. The
event became known as the "Wreck of the
10 Sails." The story goes that the ship
in charge of navigating sent back a
signal to the rest of the fleet reading,
"Stay clear." The sailor who interpreted
the signal understood it to say, "All
clear." Ten ships were lost in the
translation.

The fifth district on the island is
North Side. It was the last part of
Grand Cayman to be settled and it has
the smallest population. North Side also
has the most fertile land and the
island's best farms. For years, the lack
of roads kept it isolated. These days
access is easier, bringing the district
more traffic. Plus, there's a public
ferry from Seven Mile Beach, the busiest
part of the island, to the tip of North
Side. The ferry runs throughout the day
and will deposit you on Rum Point, which
is considered by many to be the most
beautiful beach on the island.

Rum Point got its name from a ship that
wrecked on the reefs in front of it. The
ship's cargo -- barrels filled with rum
-- floated ashore. When residents
discovered the barrels, they also got
wrecked. A number of bars and
restaurants on Rum Point can help you
re-create the experience.

About 200 yards to the west of Rum Point
is one of the most interesting
underwater attractions in the world:
Stingray City. It offers snorkelers and
scuba divers an opportunity to hang out
with a couple of hundred friendly
stingrays. Despite their name, stingrays
rarely sting; it's only when you step on
them, when they are nestled on the sandy
floor, that they pose a threat. Needless
to say, it's wise to tread lightly in Stingray City.

Finally, Grand Cayman offers tourists an
entirely one-of-a-kind experience: A
visit to Hell. Sharp, rough pinnacles,
known as ironshore, cover this part of
the island. When one of the early
British commissioners was shown this
area, he said, "This must be what hell
looks like." The name stuck and now the
town is officially known as Hell. One of
its main attractions is a post office
that will stamp your cards with a
postmark from Hell. So when you return
home, you can tell everyone you've been
to Hell and back.