At peace with Prozac

The drug was my salvation. Does that make me a spiritual sloth? 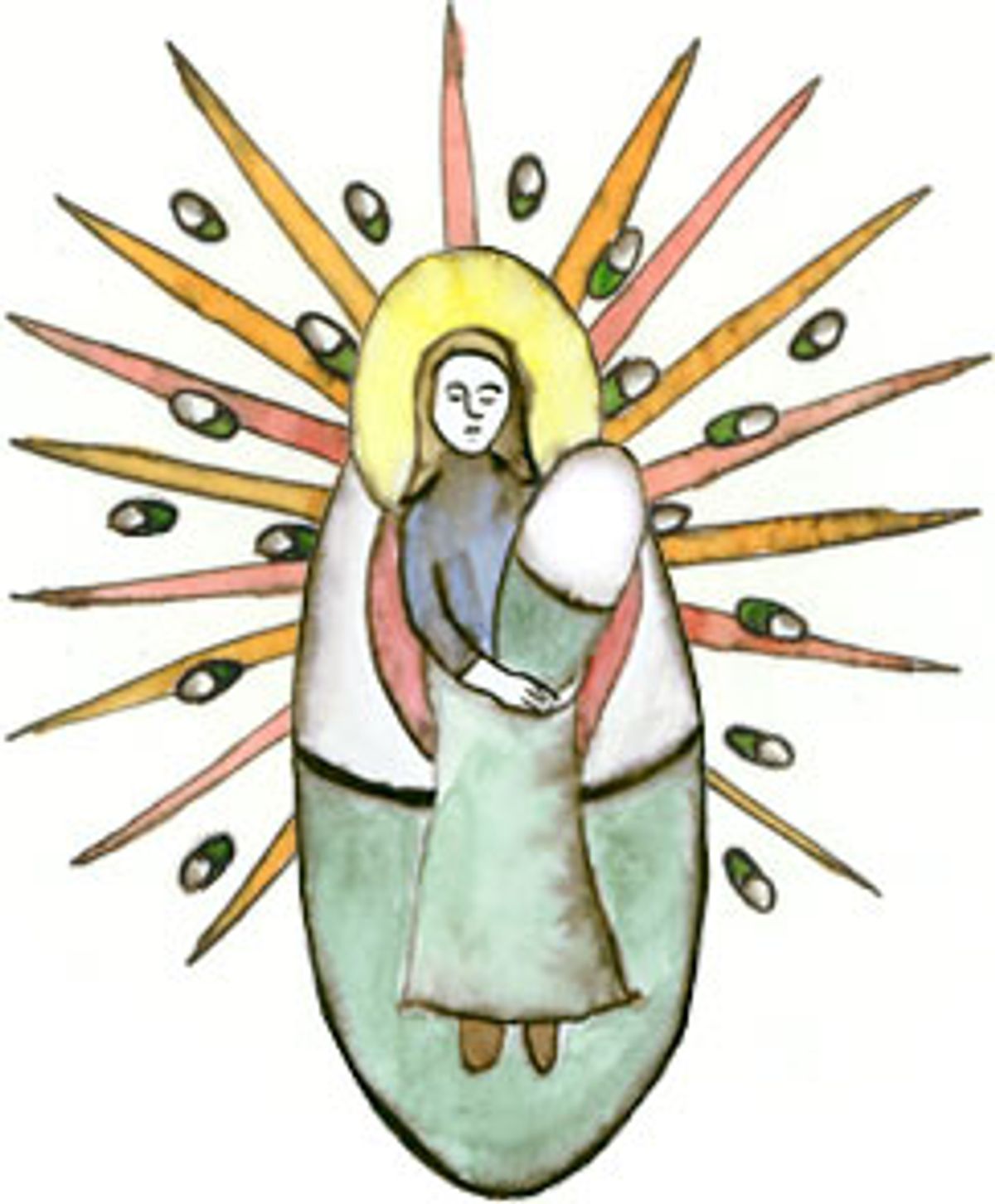 According to Joseph Glenmullen, M.D.,
author of the newly published "Prozac
Backlash," pharmacists write about 60
million prescriptions a year for Prozac
and its antidepressant cousins. Count
my vial among them. Prozac and I have
been a daily team for 13 years now,
making me one of its oldest and most
faithful friends.

It's been tough all these years,
watching my green-and-white pal get
slammed by the media, talk-show hosts
and, of course, good doctors such as
Glenmullen. Although each critic has a
different theory on why Prozac is poison
-- be it medical, social or emotional --
I'm certain that the drug stirs deeper
fears. Psychopharmaceuticals threaten
our moral belief in earned contentment.
They challenge the deeply held
assumption that exercise, prayer,
long-term therapy and, best of all,
suffering, are the righteous path to
salvation. To the horror of Prozac's
naysayers, happiness can indeed come in
a pill.

Several books have embraced that pill.
Peter Kramer's "Listening to Prozac,"
envisioned a nation of happy-go-lucky
folks. Lauren Slater's "Prozac Diary,"
examined a life as crazy and miserable
(before Prozac), and life as productive
and content (after Prozac), taking
almost 200 pages trying to decide which
was better. But Slater and Kramer's
optimistic voices have been drowned out
by the critics.

There was Peter Breggin's "Talking Back
to Prozac," a point-by-point dismissal
of Kramer's book, and Ann Tracy's
"Prozac: Panacea or Pandora?" (Answer:
Pandora). "Prozac Backlash" takes up
where Breggin left off, attributing even
more deleterious side effects to
antidepressants. Besides the
well-known loss of libido, Glenmullen
claims these drugs can also rot the
liver and trigger something known as
"tardive dyskinesia;" involuntary tics
that include grimacing, sucking and
darting one's tongue in and out. Not
only does this make you look like a frog
catching insects, it also appears to be a
symptom of brain damage.

While Glenmullen is busy scaring the
bejesus out of us Prozac-prone folks, the
media has taken
up the moral stakes. Television
yap-fests trot out experts to bemoan the
overmedication of America, the
overdiagnosis of the Average Joe. The
complaint is that we have pathologized
everything from grief to shyness (now
called "social phobia") and have an
appropriate pill to take off the edge.

As a society, we are committing the most
grievous of spiritual sins -- "We just
don't feel like we used to." That is, we
no longer feel the spectrum of our
emotions.
Could someone give me one good reason
why we should?

Although the human-potential movement
began in the '60s, it took
about 20 years for guilt, anger, shame
and grief to be elevated to sacred
status. Before the age of Esalen, most
civilized folks learned to keep the
darker shades of the palette hidden. Or,
at least, they had the decency to
pretend they walked on the sunny side
of the street.

But with the self-help explosion of the
'80s, we not only put every unhappy
nuance under the microscope; we also
cherished, even revered, them. We fueled
the flickering hope that unhappiness was
the key to -- who knows -- fulfillment?
Freedom? Whatever it was, it somehow
followed the twisted logic that the
worse one felt, the better one would
eventually be.

Maybe a religious awakening can be
achieved by living life like a bleeding
wound, feeling as if someone turned your
skin inside out, and desperately
wishing a slow death for everyone who
shares your planet. If there is,
however, I missed the thunderbolt.

In retrospect, I was not a worst-case
scenario before Prozac came on the
scene. But life pretty much sucked on a
daily basis. Only my pre-Prozac vices
-- alcohol, cocaine and bulimia -- made
it bearable. Therapists, 12-step
programs and a slew of well-wishers
insisted that life would be better once
I gave up my bad habits and began really
"feeling."

If I was manic-depressive instead of
just depressed, at least I would have
had the occasional bouts of euphoria. If
I was manic-depressive and
extraordinarily talented, I would have
had the euphoria and a published book
before I stuck my head in an oven like
Sylvia Plath. But being a garden
variety sad sack, I was stuck with a
half-empty glass (non-alcoholic, to
boot) and a world teeming with morons,
losers and crapheads.

I could have held out for spiritual
rebirth or a good Amana oven, I suppose.
Fortunately, Eli Lilly delivered before
God or suicide.

People are once again allowed to share
the Earth with me. I'm a little less
inclined to swear, sob or scream
uncontrollably because I got off on the
wrong freeway exit. One or two Prozac a
day is the chemical equivalent of my
beloved chenille throw and a hot cup of
soup on a rainy day. It is the sense of
comfort replacing almost a lifetime of
dread. And glory be, my brain works
again. I can now read a menu without
bursting into tears over the pressure of
having to make a decision.

Over the past 13 years, I've been
subjected to numerous "success" stories
from self-help junkies. The screed runs
roughly like this: A wisely spiritual
person is experiencing a profoundly
dark night of the soul. In desperation,
the person reaches out to a health care
professional, who foolishly or
cavalierly diagnoses the problem as
depression and prescribes Prozac. The
person takes it, then feels awful for
feeling better because of a chemical. He
or she quits the drug, ends up feeling
like shit, but revels in the triumphant
decision to "face it down."

Perhaps, in the absence of dragons to
slay and fierce carnivores to hunt,
facing down a chemical imbalance is as
close as this generation will get
to doing battle with frightening
creatures -- seen or unseen. Well, call
me a
spiritual fraidy-cat, but I'll choose
the chenille throw over the demons, not
to mention the black hole of
hopelessness.

While I'd prefer to avoid looking like
Kermit the Frog snagging houseflies,
I'll take brain damage or a shriveled
liver over life without Prozac. Feeling
bad is neither spiritual nor character
building. It's just bad. It's certainly
worse than feeling good or even feeling
nothing at all.

Kelly Luker lives in Soquel, Calif., and writes for metroactive.com.