Knowing what's up down there

Life is one long vagina monologue for this precocious teen, the daughter of a sex educator. 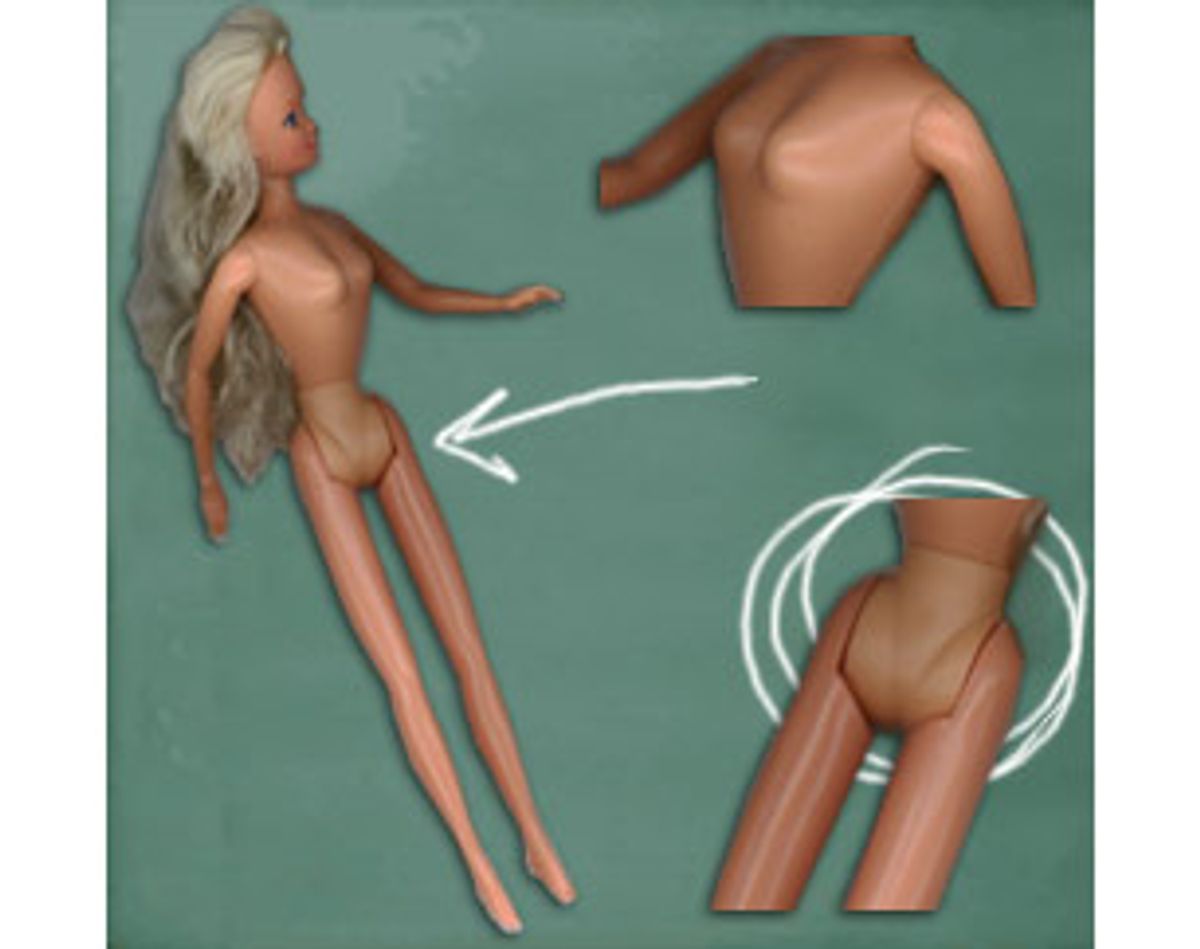 I wish that I had known that a play about vaginas could become a blockbuster hit on Broadway. If I had, I would have come up with my own version of "The Vagina Monologues" years ago. As far as I'm concerned, my entire family life thus far has been one long vagina monologue.

My mother is a women's health educator. Growing up in my house was not always easy, but it was certainly educational. On the shelf where most households keep the phone book, my family keeps a copy of "Our Bodies, Ourselves." In some families, it's unthinkable not to know the Pledge of Allegiance; in my family, it's unthinkable not to know all the methods of birth control. If I hit my sister, my parents never respond with something simple, like "Stop hitting." Instead, they say, "That's Johanna's body. You have your own body."

When my friends started playing with Barbie, I explained to them the physiology of her missing anatomy. My audience responded with gaping mouths and unblinking eyes, and I became the most popular girl in my class -- for a week. (But the very idea that my mother might casually utter the word "vagina" around my friends was beyond mortifying.)

In our family, vagina monologues are not restricted to those who actually own vaginas. My brother, in preschool, brought a poster to show-and-tell time that he had carried the previous day at a pro-choice march. His classmates were as bewildered as his teacher was horrified when he flatly explained the meaning behind the image of the coat hanger with the caption "Never Again," and he was nearly expelled.

By fourth grade, my parents decided it was time for me to know the phases of the menstrual cycle. And in fifth grade, when the most developed girl in my class got her period and wept for days out of humiliation, my mother was quick to respond. She hosted an open meeting for all of the mothers and daughters in the class -- a time for us all to share experiences and bond, baby, bond.

In seventh grade, I had my first official sex-ed class. (Of course, by that time, I could have taught the class myself.) Every evening, my mother would ask, "What did you talk about in sex ed today?" And I would inform her that one of the teachers had put down the pro-choice kids, and that the other failed to mention the female condom as a form of birth control.

"Why didn't you say something?!" my mother would ask. "Mom," I would groan, every time. Luckily, one of my sex-ed teachers, who knew of my mother's expertise, actually asked for her help. She was only too glad to volunteer.

Many times, I have found myself unable to rise above my own insecurities to confront injustice in the way that my mother would under the same circumstances. When I hear someone use the word "faggot," or say something degrading about women, I often say nothing, out of fear of being labeled a "feminazi."

When I do speak out, boys often make fun of me. They claim it is all in good fun. They laugh and say, "Can't you take a joke, Carmen?"

But when I do just let it go, I feel that I have failed my mother and her mission. Perhaps one day "vagina" will not be considered a slimy word (highly doubtful). And perhaps one day boys will demonstrate the same level of maturity as girls their age (even more doubtful). Until that day arrives, it is women like my mother who must carry on the vagina monologues.

I am proud to call myself her understudy.

Carmen Winant is 16 years old. She is a junior at Germantown Friends School in Philadelphia.