The dream and the coming disaster

AIDS threatens to ravage the hopes of South Africa's young democracy. Don't expect leaders to get excited because a few companies cut the cost of HIV drugs. 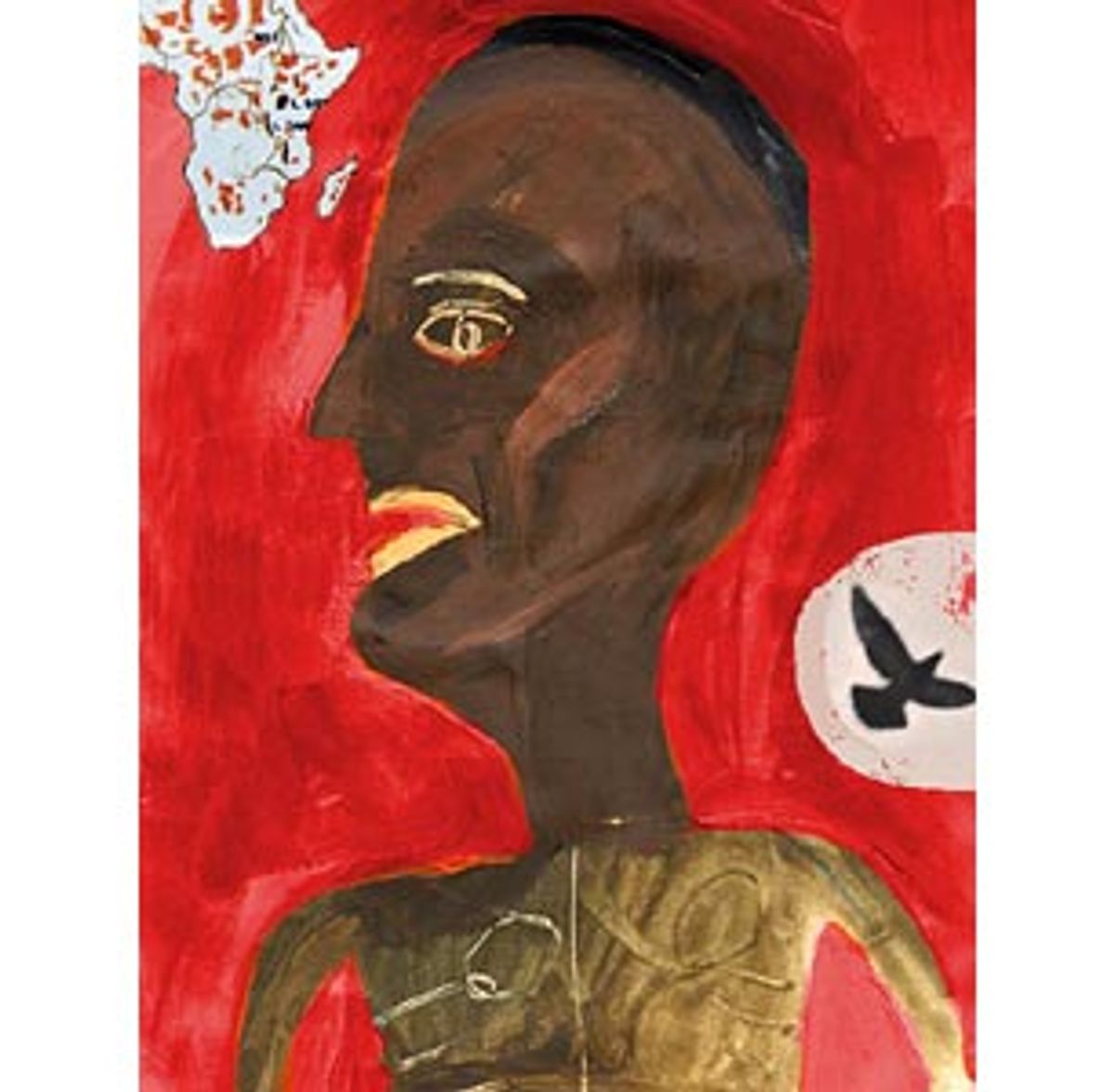 In S ward of Hlabisa Hospital, in the heart of Zulu country, women lie two and three to a bed, head to foot. In the men's medical ward, a skeletal black man, big eyes staring vacantly, shivers in a fetal position. The hospital has 296 beds. One recent day it had 630 patients.

There are few places in South Africa where the looming AIDS catastrophe is more apparent, or more frightening, than in this hamlet built around an old Catholic medical mission. The HIV infection rate among women who come to prenatal clinics here is 30 percent. Tuberculosis is soaring -- there were 2,000 cases last year -- and 70 percent of TB patients are also HIV positive.

"The people in the upper echelons don't appreciate the size of the tidal wave that is coming," said Dr. Sean Drysdale, who recently stepped down as the hospital's superintendent, and seems burned out by the experience. Asked what was broken that he could not afford to fix, he muttered: "Everything."

Last week, in response to the growing AIDS crisis throughout southern Africa, five leading pharmaceutical firms offered to slash the price of HIV drugs in developing countries, in some cases by as much as 85 percent to 90 percent off U.S. prices. AIDS activists around the globe were jubilant. But in South Africa the reaction is far more complicated. The government has had a sluggish, strange and downright scary response to the AIDS disaster about to wash over the country. And that's not likely to change because of long-overdue price concessions from the West.

Ten years ago, AIDS barely existed here. Now, more than 4 million people, roughly 10 percent of the population, are infected. Treating those people -- in particular, making available the lifesaving anti-retroviral drugs that have dramatically changed AIDS care in the West -- is simply not a government priority. For one, leaders will not readily accept a program that brings drugs to South Africans with AIDS, but not to those with malaria or TB or other rampant, devastating illnesses. On a deeper level, leaders fear that high-priced AIDS treatment will derail precious economic development in a country finally emerging from oppression. Faced with a choice of AIDS drugs or new water systems, AIDS drugs or housing, AIDS drugs or health clinics, schools and highways, the drugs fall short.

"People with AIDS expect you to drop everything for AIDS," Dr. Manto Tshabalala-Msimang, South Africa's health minister, recently told reporters. "As my daughter said to me, 'You are the minister of health, not the minister of AIDS.'''

It is a rational, yet cold-blooded calculation. And it helps explain some of the baffling actions taken by leaders in recent months.

Just as the eyes of the world began turning to South Africa, which will host the 13th International AIDS Conference in July, President Thabo Mbeki created a spectacle of disregard for nearly two decades of science. He revived old complaints about the toxicity of the frontline anti-retrovirals, such as AZT. And he convened an international panel to air the views of dissident scientists, including Peter Duesberg of Berkeley, Calif., who cling to the discredited view that HIV is not the cause of AIDS.

Mbeki's stance was all the more puzzling because his country had appeared to be leading the international crusade to bring down the price of AIDS drugs in the developing world. American AIDS activists, energized by the success of the anti-retroviral drug cocktails, thought they were joining that campaign. Last year, they badgered the Clinton administration into reversing a little-known policy to impose trade sanctions on any nation that sidestepped patent protections on AIDS drugs.

As it turns out, all this official questioning of basic AIDS science, and all this talk of toxic drugs, is just dissembling for domestic consumption. The real issue with anti-retroviral drugs is that leaders honestly believe South Africa can't afford them, even at a discount. The government also doesn't want to craft a health policy that favors some people over others, let alone a policy that allows multinational drug manufacturers to call the shots.

That attitude has angered AIDS doctors, researchers and activists who believe that millions of people in South Africa could benefit from anti-retroviral drugs. "South Africa is becoming paralyzed by the issue of equity,'' said Dr. James McIntyre, director of the HIV Research Unit at Chris Hani Baragwanath Hospital, the sprawling public medical center in Soweto.

As the international furor over Mbeki's public slap at AIDS researchers carried on this month, his ministers were slowly owning up to the real issue. Forget about the questions about the cause of AIDS, and the toxicity of AZT. Mbeki is grappling with a horrible choice: pay for the drugs or pay to bring running water to remote villages in KwaZulu-Natal. "We just can't afford AZT,'' Tshabalala-Msimang said.

The preference of the South African government, a 6-year-old democracy built from the wreckage of apartheid, is to fight AIDS with a lower-cost, lower-tech approach. Instead of anti-retrovirals for the infected, the Mbeki administration wants education-oriented AIDS prevention programs. The government is demanding deeper discounts on lower-cost antibacterial and antifungal drugs to treat the opportunistic infections that occur when -- yes -- HIV wears down the body's natural defenses.

Stripped of the "HIV may not cause AIDS" arguments, the strategy makes more sense. It acknowledges that trade-offs may be necessary. The government, moreover, uses arguments against anti-retrovirals that the pharmaceutical industry itself has made. Until South Africa has the clocks, running water and refrigerators needed to maintain 24-hour combination drug therapies, the industry lobby has said, it makes little sense to sink resources into such medications.

"Drugs are not going to help because we won't be able to use them properly,'' said Sean Drysdale, the Hlabisa doctor. "While they are feeling well, we'd be asking them to take a concoction that would make them feel terrible.''

South Africa's government was not a party to the negotiations that led to the anti-retroviral price cuts announced last week. That deal was struck among manufacturers, the World Health Organization and UNAIDS, bargaining on behalf of all Africans. The combination of drugs needed to fight the virus costs about $1,000 a month in the United States. It would cost about $150 a month in poor countries.

But it will take more than steep discounts on a few AIDS drugs to bring the Mbeki administration aboard the anti-retroviral bandwagon. Only a full regime of anti-retroviral drugs, including nucleoside analogs such as AZT and protease inhibitors such as Saquinavir, will pull off the miracle seen in gay white American men. Even with drugs at a fraction of U.S. prices, it is difficult to imagine miracles for Hlabisa.

Tshabalala-Msimang spent much of May negotiating another astonishing, if less publicized, price concession: Pfizer Inc.'s pledge to provide the antifungal drug fluconazole free to South African clinics capable of prescribing and dispensing it to patients suffering from cryptococcal meningitis, a common and devastating opportunistic infection.

It turns out that the South African government's lengthy battle with international drugmakers over the right to make cheap knockoffs -- which Americans perceived as an effort to make anti-retrovirals affordable -- may be targeted at the less glamorous medications. South Africa needs these drugs to treat not only AIDS-related infections, but also malaria, tuberculosis and diarrhea, which are prevalent among the impoverished majority.

At the government sees it, to follow wealthy Western nations down the anti-retroviral path would sink South Africa in a money pit, and destroy the deferred dreams of economic development. Affluent gay men may give the epidemic its public face; AIDS is, arguably, a disease of poverty. Alleviate poverty, the reasoning goes, and AIDS will decline. Meanwhile, the overall health of the population will improve.

"We need to remind ourselves that we are within a country with one of the greatest development agendas of any country in the world,'' said Malcolm Steinberg, chief executive of the consulting firm Abt Associates in South Africa.

Yet critics point out that without a dramatic push to deal with AIDS, the young nation stands at another precipice. According to a forthcoming report by the University of Pretoria, statisticians have lowered the average life expectancy in South Africa from 65.4 years to 55.7 years. In the province of KwaZulu-Natal, the HIV-positive rate for pregnant women is estimated at more than 32 percent. University of Natal demographer Karen Michels reports that "deaths now outstrip births,'' and that by 2005, "only 13 percent of the population could live to celebrate their 40th birthday.''

South Africa is taking a big gamble by placing AIDS lower on its list of priorities. No doubt, money diverted from development to treat AIDS could harm efforts to stem poverty. But effective AIDS drugs have the potential to lower the cost of treating infection, and, theoretically, to make patients less infectious. Research has already shown that the drugs can reduce the transmission from mother to child at birth.

AIDS, which spared South Africa during its first decade ravaging sub-Saharan Africa, is now crashing down on this nation. If the demographers are correct, the Hope of Africa may slip into a chasm -- where civil society breaks down for want of workers. Where death presides over a land of orphans. Overwhelmed by AIDS, South Africa would not be able to grow itself out of the epidemic. Economic development, and the aspirations of her people, would be just another casualty of AIDS.

Sabin Russell is a San Francisco health care reporter traveling in South Africa on a grant from the Kaiser Family Foundation.