Ameritrade is the first major online brokerage to offer "no commission" trading, but the low-ball experiment seems destined to tank. 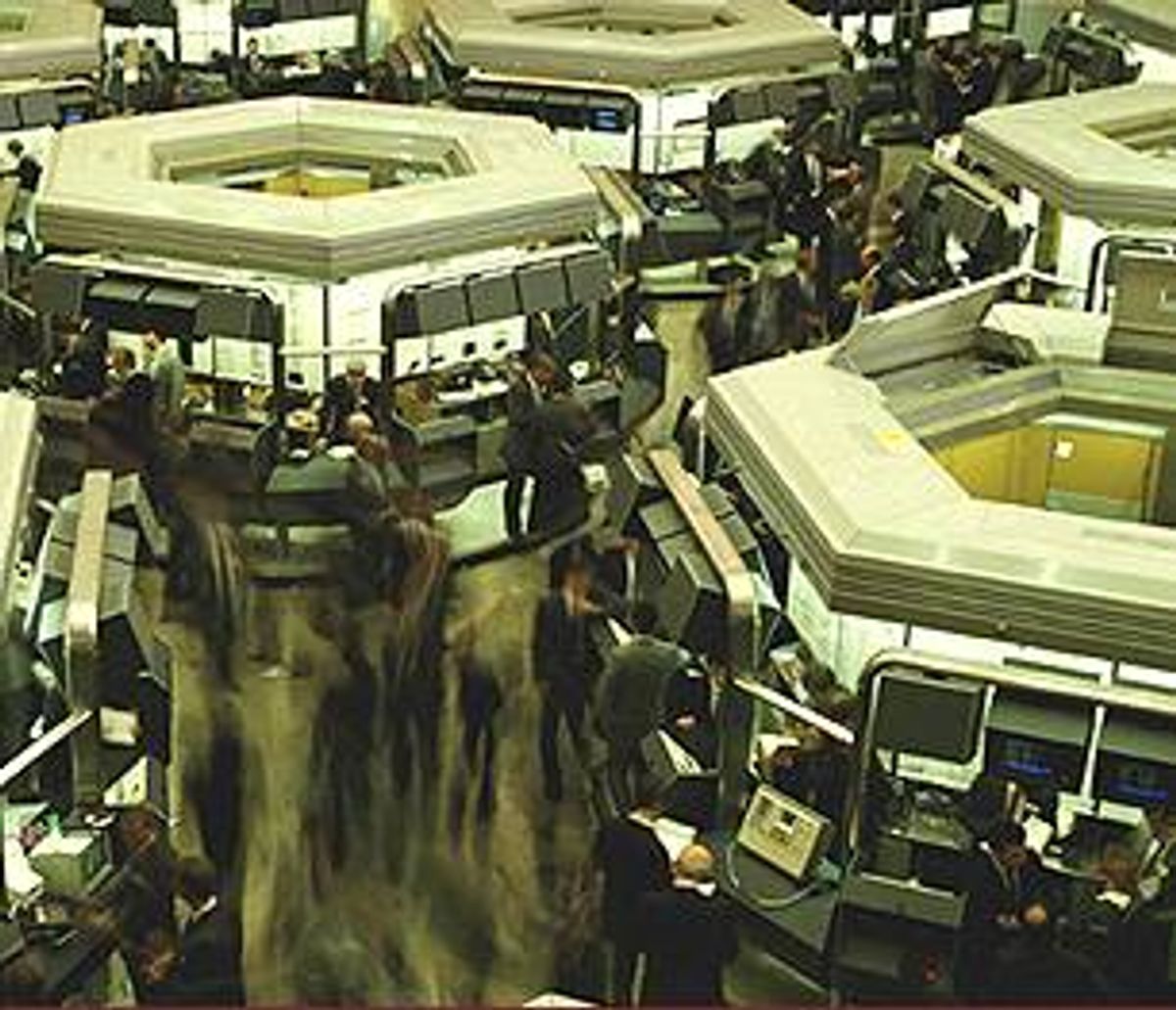 Given the Web's fondness for freeness, it's remarkable that a major online brokerage didn't dangle free trading before the masses a long time ago.

So when Ameritrade launched Freetrade.com last month, allowing customers to buy and sell stocks at market prices without commission charges, you might have expected them to trumpet the move.

Instead, there's been a concerted absence of fanfare. Ameritrade has no marketing budget for its low-profile experiment, and few expectations.

Naturally, the industry is keeping an eye on Freetrade. If its give-it-away model takes off, it will force competitors into a price war, eroding revenues and many an e-brokerage's chance of survival. But there are good reasons that won't happen.

It comes down to getting what you pay for. At Freetrade, your zero dollars gets you simple buy or sell market orders, period. This is strictly no-frills trading, 100 percent virtual, with no phone support, no research, no fancy quote feeds, nada -- the People's Express of stock brokers.

It's not a bad deal, but it's not what investors look for. "The trend is actually in the other direction, toward richer features and better service," says Dan Burke, an e-brokerage analyst at Gomez Advisors. Today's biggest e-brokers -- Charles Schwab and E-Trade, which offer a ton of customer support, research, education and the like -- are by no means the cheapest.

In fact, Burke says, commission rates have remained stubbornly unchanged for the past 18 months. (Until last month, the only exception was American Express, which waives commissions for clients who keep over $100,000 in their brokerage accounts.)

So exactly whom does Freetrade intend to attract? It's a bit of a mystery. (Not least because the company won't talk to the press about it.)

At first, you'd expect the site's core customers to be frenzied day traders. They conduct more transactions, pay more in commissions and have the most to gain from freebies. But active traders tend to use limit orders, which protect them against violent price swings. Limit orders cost $5 at Freetrade -- cheap, but only slightly less than the competition. And if you're trading so much that a few bucks an order would make a big difference to your bottom line, you've probably got a lot of money at stake almost every day. You're going to want some insurance against network failures or other technical hazards -- insurance like phone support.

That would suggest that the natural-born Freetrade customers might be buy-and-hold investors. Since they commit to a stock for months or years, they don't need to sweat the fractions of a point that market orders often cost. But these sensible people who get no kick from gambling are exactly the folks who are going to want to do their homework before plunking down their money. They'll want to see lots of data and research material. Freetrade has none.

The most likely Freetrade customers will fall into two groups. One group will be pennywise novices attracted by the prospect of no-cost stock buys. But for fear of bad P.R. or legal backlash ("You people seduced me into margining my sick mother's house!"), Freetrade screens out absolute beginners by asking account applicants which discount broker they've been using, and for how long. I applied for a dummy account, claiming four months' Web experience, and sure enough, they rejected me. The site seems to recognize that it's walking a fine ethical line, offering something that could "Vegas-ize" the market even more.

The same concern may explain the following blurb, which appears in fine print on its home page: "Freetrade.com is not meant to increase customer trading activity ... Obviously, if we do not charge a commission, we are not motivated to increase a customer's trading activity."

This is nonsense. Freetrade's revenue will come from several sources: ads, margin interest and from selling your order flow to third-party brokers, a common industry practice. (Brokers often flip your market order for a bit more or less than the price they give you, so they're willing to pay a few cents a share for the privilege of handling your trade.) More trading activity means more page views to sell against, more order flow to pimp and the possibility of more margin buying. There's nothing inherently wrong with making money in any of those ways, which taken together constitute Freetrade's entire business model. What's interesting is that the company feels the need to implicitly disavow them, as though free trades were, potentially, the online-investing equivalent of crack.

The second customer group I'll call the "schnorrers." Some traders already maintain more than one online brokerage account, keeping enough money with a high-end firm like Schwab or DLJ Direct to reap its benefits and then doing their day-to-day trading at cheaper sites like Ameritrade. Freetrade could appeal here -- but is it that big a market?

Consider instead what parent company Ameritrade admits is an entirely possible outcome: Freetrade's low-ball experiment tanks. If no one is willing to give up better service to save on commissions, it would expose the fact that the thing most online brokerages charge for is not the thing for which customers are paying. In a field as competitive as e-brokerage, that revelation would surely shake up some business models. Freetrade's failure is as likely to change the industry as its success.

Steve Bodow is a writer in New York who has contributed to New York magazine, Wired and Feed.