Not in my family

In her new novel, "A Member of the Family," Susan Scarf Merrell gives us more reasons to be afraid of orphans from the former Soviet Union. This adoptive mother of a Russian child is not amused. 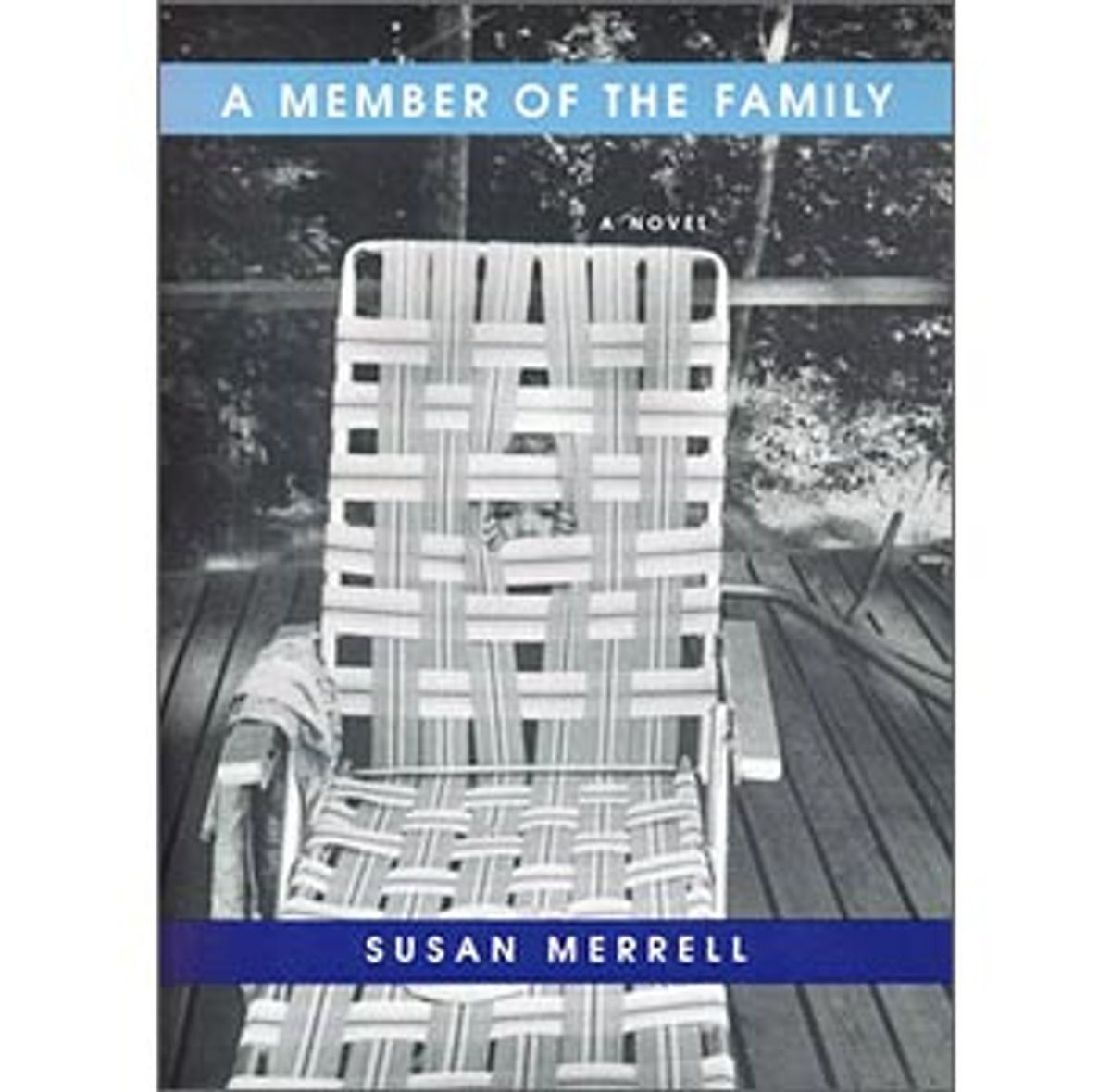 Three years ago, at a dinner party, Susan Scarf Merrell, the author of a book on sibling relationships, heard about a Romanian boy who was so destructive he had to be given up by his adoptive parents. Intrigued by the story, she decided to write a fictional version. The result is the recently published "A Member of the Family," a first novel about a Romanian child who hits his sister with a rock, spreads feces over himself and the cabin of his godparents' boat, tells his kindergarten class that he wants to cut off his mother's head and is finally given away by his adoptive parents.

Merrell doesn't have an adopted child. But I do. My son, Alex, was adopted from a Russian orphanage at 16 months -- nearly the same age as Michael Latham, the Romanian boy in Merrell's book. Like Michael, my son is now 5 years old. Unlike Michael, he has never hit another child with a rock or spread feces over anything. He has, on occasion, offered to kill me with his Qui-Gon Jinn lightsaber, but I suspect that has less to do with his months in the orphanage than with his being a normal 5-year-old boy.

Michael, on the other hand, is not considered normal. In "A Member of the Family," he's described as "poison," "the devil incarnate" and a "load of human trash." His adoptive mother thinks of him as a virus that's killing the family. In fact, Michael seems almost preternaturally bad -- throughout the novel, a foul smell rises from below the Lathams' porch, only vanishing when Michael is sent away.

"I know his kind," says Alice Dunn, a character in the book. "Des was like him."

Des Dunn is the novel's other adopted character. Alice and Martin, his adoptive parents, believe he is responsible for the car accident that killed their biological son, Jack. Des' uncle says of him, "He was a bad little boy, and a bad teenager, and I'm sure he turned into a bad man."

In contrast, Alice and Martin spend most of the novel mourning the loss of their biological son. "He was a good boy," Alice says. And Deborah Latham -- the same mother who considers her adopted child a virus -- says of her biological daughter, "By her very existence, Caroline Latham made the world not only beautiful, but right."

Merrell's message in "A Member of the Family" is clear: Biological children are better than adopted children -- even (or especially) to their parents.

These days, no one would dream of writing a book in which every African-American character sold drugs or every gay character was promiscuous. Yet Merrell has written a novel in which all of the adopted characters are inherently evil. And it's unlikely that anyone will protest. Not when adoptive parents are routinely asked, "Is that your real child?" and even young children know they can tease a sibling by accusing him or her of being adopted.

I was lucky. I didn't adopt a child like Michael. If I had, I believe it's possible I might have eventually run out of patience, skill and love. I might have decided to send him away. I don't think any mother knows where her breaking point lies, and it's a subject worth exploring. But how much better, and more interesting, this book would have been had Merrell looked beyond the stereotypes, perhaps making both of Deborah Latham's children adopted -- the one she chooses to send away as well as the one she chooses to protect.

It's this inability to move beyond stereotype, this failure to give the reader more than generic situations and emotions, that keeps "A Member of the Family" from being a good book. And at a time when so many well-written first novels don't get published, I suspect this one was accepted because someone believed the story of a mother who gives up her adopted Romanian son would sell.

American families adopt more children from the former Soviet Union than they do from any other country: 12,000 since 1992, 4,348 in 1999 alone. Many of these children have lived through the violence of war. Most of them, like my son, have spent their first years in institutions.

Since these adoptions began, television programs like "20/20," "48 Hours" and "PrimeTime Live" have featured stories about children from Eastern European orphanages. They have chosen to focus on children who must take medication before they can be allowed out to play, who cannot stand to be hugged or kissed by their adoptive parents, who have threatened to kill their brothers and sisters when they're sleeping. Not long ago, the New York Times Magazine published a piece about Eastern European adoptees, printing the words "Disturbed, Detached, Unreachable" over the distorted image of a screaming child.

It's obvious that these "bad" adopted children make good copy. So good that now Merrell has found it necessary to give us a fictional version, as if the number of stories about real damaged children were not sufficient.

When I read yet another story about Russian adoptees who bang their heads against the floor until they're bloodied or see another program about Romanian orphans who become violent for no reason, it's impossible for me not to be angry. These are the stories that are being told to my son -- stories about who he is and where he came from. And each new one makes me wonder how many bright, shiny adoption books I'll have to read to him to compensate. How many histories of Russian writers and composers I'll need to put on his shelves. How many good stories it will take to keep him from believing that, like Michael Latham, there is something in him that is so bad, I could give him away.