Annie Auguste talks to author Thierry Leguay and finds out that humans may be the only animals that give blow jobs. 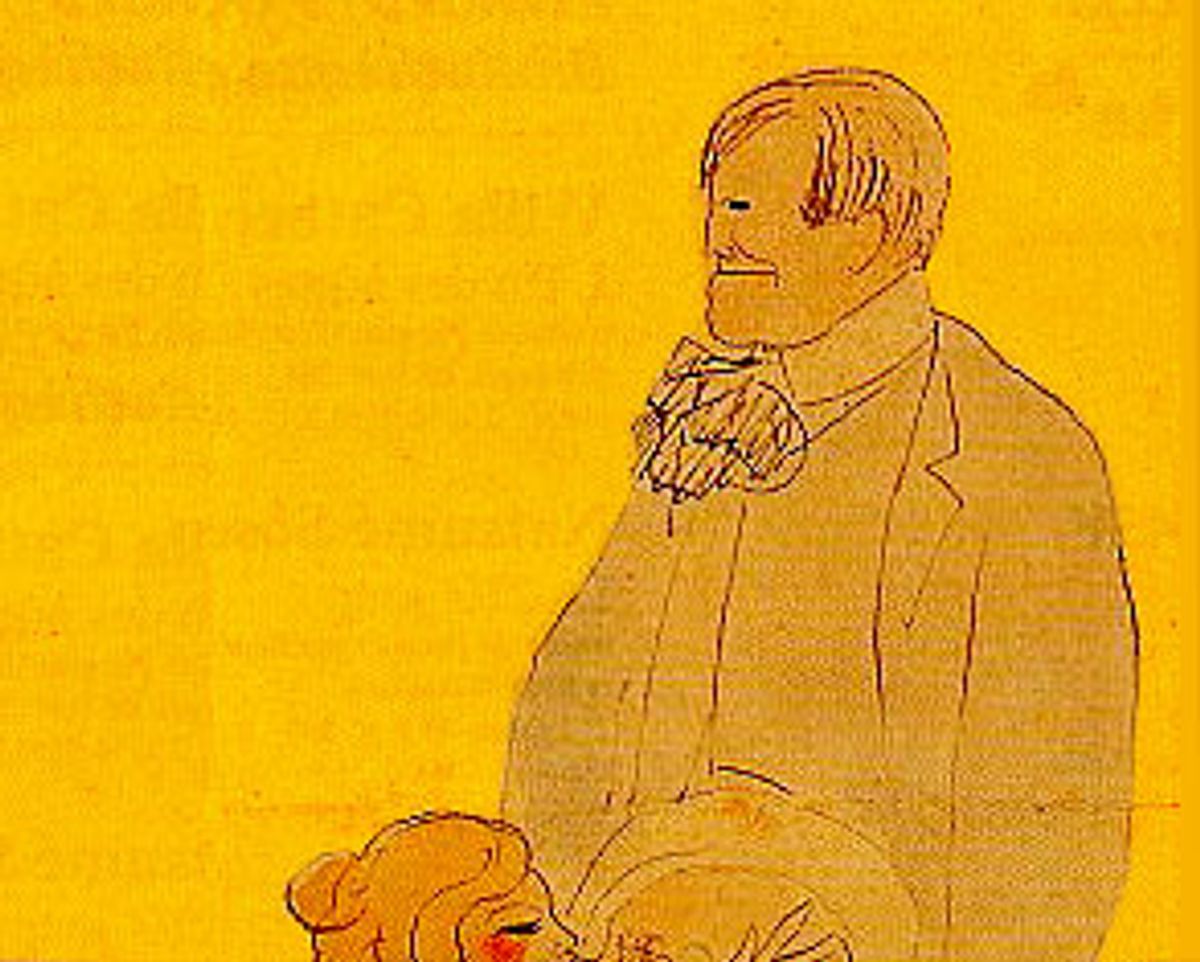 According to recent press reports, Americans are having oral sex at alarmingly younger ages -- and with increasing nonchalance. (Note: Oral sex here refers exclusively to fellatio.) Oral sex precedes and often replaces sexual intercourse because it's perceived to be noncommittal, quick and safe. For some kids it's a cool thing to do; for others it's a cheap thrill. Raised in a culture in which speed is valued, kids, not surprisingly, seek instant gratification through oral sex (the girl by instantly pleasing the boy, the boy by sitting back and enjoying the ride). A seemingly facile command over the sexual landscape of one's partner is achieved without the encumbrances of clothes, coitus and the rest of the messy business. The blow job is, in essence, the new joystick of teen sexuality.

The first blow job I ever gave (after methodically groping my way past all the bases) was an act of faith. After finally figuring out how to manually manage my boyfriend's strange vestigial organ -- how to brandish, manipulate and handle his distended, tumescent pink love shaft -- I now had the daunting task of having to figure out how to manage it orally. Lick? Suck? Use your hands? If only the how-to books that exist today existed back then.

"Put both hands into the L position around the base of the shaft," says "Sex Tips for Straight Women From a Gay Man." "Lick the whole tip and then use your tongue to lick up and down the sides. Covering your teeth with your lips, and keeping your mouth taut, glide the head inside and lick the sensitive spot underneath with both the tip and flat part of your tongue ... proceed down the shaft as far as you can go in one fell swoop." And on it goes. It includes tips on curiosities like dick whipping, hummers and tinglers, plus advice on how to breathe. (Men may fear the cavernous tunnel that leads to the primordial soup of the womb, but women risk death by gagging.)

A well-known French paleontologist by the name of Yves Coppens suggested that the famous Lucy (the first prehistoric woman) practiced a sort of "paleo-fellatio." But the first clear real traces of fellatio are from ancient Egypt. Many of the more stellar examples are in the British Museum, where we find the famous myth of Osiris and Iris: Osiris was killed by his brother and cut into pieces. His sister Iris put the pieces together but, by chance, the penis was missing. An artificial penis was made out of clay, and Iris "blew" life back into Osiris by sucking it. There are explicit images of this myth.

As an aside, Egyptian women were particularly well known for their sexual prowess. Egyptian women are also purported to be the first women to use makeup.

What about other ancient cultures like China, or India, where you have the Kama Sutra?

You also cover a lot of Roman ground in your book.

What about countries where women have few -- or less -- social liberties than contemporary Western women do? Islamic countries, for example.

You suggest in your book that this is why the Islamic veil covers the mouth.

It's unlikely that Lewinsky was thinking about the historical or financial ramifications of fellating the president when she was doing it.

Maybe not, but she clearly profited from it later. If Lewinsky is a symbol of anything, she's a symbol of America's relationship to money and sex.

Yes, I think that's uncontestable. Women who have participated in certain social movements -- women's liberation, the right to abortion, the pill, etc. -- are the most inclined to explore their sexuality and hence have an impact on sexual practices on some level. And these women are usually more educated, are more aware, have a certain level of accomplishment in their lives. The idea of the lustful, country farm-girl-type bumpkin is really more a fantasy than a reality.

Annie Auguste is a pseudonym for a writer living in Los Angeles.