With the Olympics approaching, it's time we cleared up a few misconceptions about Australia's beloved town. 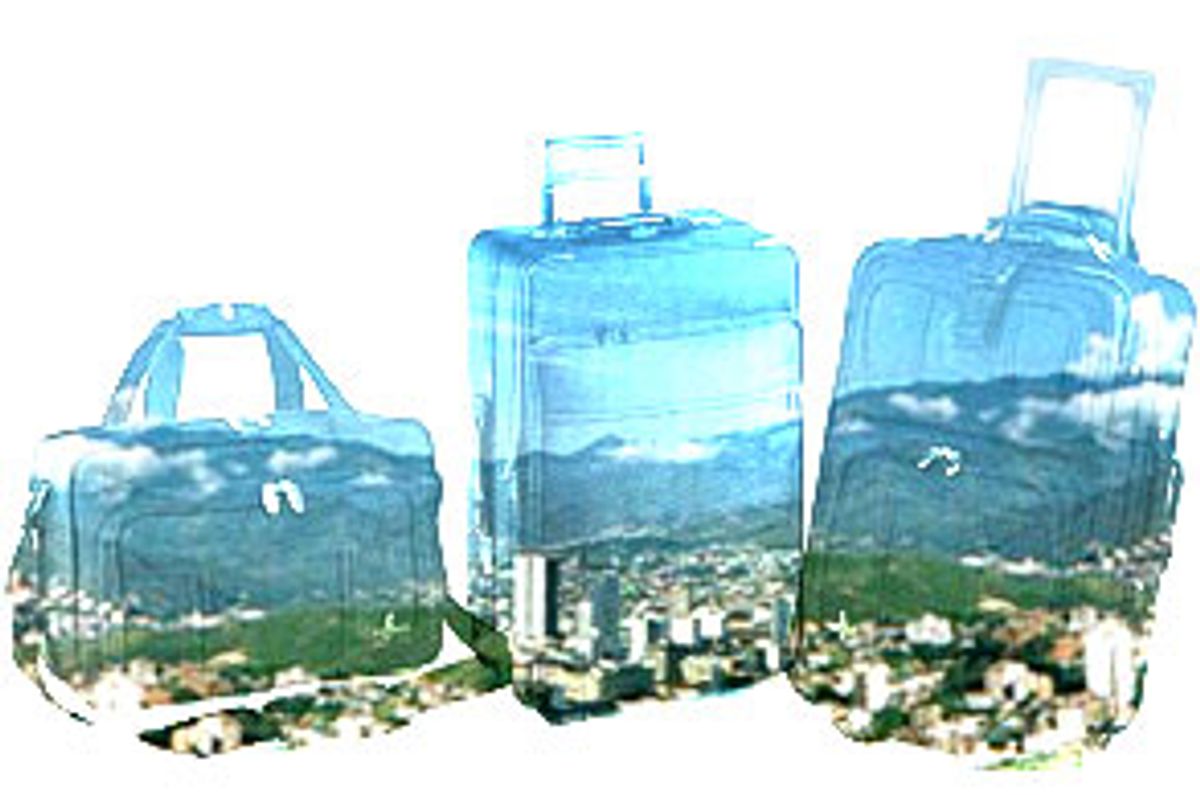 Sydney is the host of the Olympic Games this September. That's Syd-er-nee, as IOC boss Juan Samaranch announced a few years ago.
Yes, a few people still need updating on what lies Down Under. As a pre-Olympics gesture of goodwill, here are a few answers to the
FAQs about that big blob at the bottom of the globe.

Is Australia a safe place to visit?

We don't carry guns. Some of us carry knives, but we only use them on rival gang members. We wear seat belts and don't smoke in
public buildings, public transport or in most restaurants. We drive at 60 kilometers per hour and, yes, we are metric. We have clean
water, antibacterial sprays and little strips of paper across our toilet lids. The last time we lost an American, we eventually found him
in the desert and put him on TV. We floss.

Is Sydney cold in early spring?

Cold? Sydney doesn't get cold. We don't believe in it. Maybe there are a few days in August when we might wear a jumper, or pullover,
over our shorts and T-shirts, but that's about it.

Sydney also doesn't believe in rain. That's why it doesn't put awnings on its buildings and can never find the umbrella. You might also
note our cafes have sails strung across their outdoor areas. This is to protect you from the sun. Of which there is a lot. But there is no
rain, even if the statistician says Sydney gets twice as much rain as its sister city, Melbourne, otherwise known as Bleak City.

I've heard you have great Alps but I'm a bit concerned about some of your political leaders. I don't want to support a country that has
racist leaders.

That's A-u-s-t-r-i-a, not A-u-s-t-r-a-l-i-a. Come on, it's not that hard. One is a small European country with a cold climate that looks
shocking in shorts and the other, well, is not.

Australia is one of the most multicultural places in the world. In a population of almost 19 million, it accepts an average of 100,000
immigrants a year, 40 percent of whom end up living in Sydney. These days Paul Hogan is most often found in the Hollywood Hills. We do
still throw the occasional shrimp on the barbie, but it's likely to have a Thai sauce on it.

Coming from Iowa, where even the public pools have lifeguards, flotation devices and comprehensive insurance policies, we're not
sure about swimming in Australia. Are there really lots of sharks Down Under?

On average, sharks consume one Australian a year. Australians, however, consume 100,000 sharks a year. The odds are on your side,
even though sharks always get the bigger headlines.

Australia once had many more sharks, as old aboriginal carvings and the records of early settlers indicate. But during the past century,
fish populations have been depleted by modern fishing methods. Those sharks that remain are deterred from visiting popular beaches by
shark netting. Nevertheless, these are strategically placed nets rather than comprehensive, no-way-a-guppy-could-get-through nets,
so they wouldn't conform with American insurance policies.

Is it easy to get in and out of Sydney?

From its center, Sydney stretches 50 kilometers to the north, 50 to the south, 50 to the west and about 5 to the east, so it occupies a
large territory, even for a population of 4 million. During the Olympics when that population explodes by a few million, you will find
many Sydneysiders very eager to assist you in leaving the city -- telling you where to go and offering all sorts of hand signals. Don't be
startled. Remember, we don't carry guns.

No. The most popular pet in Australia is the guppy. There are 11.6 million pet fish, but we generally think of ourselves as either dog
owners (in 2.7 million households) or cat owners (in 1.8 million households). The most fashionable pet at the moment is the alpaca. This
large, sheep-like animal has affectionate habits, a fine fleece and, at $50,000 for a stud, the animal is too expensive to roast.

There appears to be a certain amount of rivalry between Sydney and Melbourne. What's the origin of this?

If you were to ask a Melbourne person, she would say it dates back to the late 19th century when the gold rush saw Melbourne's wealth
and status race ahead of Sydney's (Sydney, after all, was settled by convicts, while Melbourne was founded by free settlers). When the
leaders of the country had to choose a national capital in 1900, they picked a cow paddock called Canberra, which lies between Sydney
and Melbourne and remains a very pleasant place. For a paddock.

I've noticed Australians have a distinctive complexion, why is this?

Some call it "the ruddy face of Australia," kinder folk say "sun-kissed." Let's call it "Irish complexion goes to the beach." One-third of
Australians claim Irish ancestry, almost as many claim English ancestors and both of these groups have evolved complexions suitable
for dark, snowy winters, drizzly summers and Sunday afternoons in front of the box. When these skin types come to Australia, they
find an indecent amount of winter light, fierce summers and Sunday arvos -- afternoons -- at the beach. The result is the highest rate of
skin cancer in the world. Still, there are some benefits. The Australian smile is said to linger longer than the English one.

I am planning to drive around Australia. How long will it take if we stop at all the most interesting places?

If you're thinking of a driving holiday one might experience in, say, Ireland or Italy, let's remember a few statistics. The continent is
7.7 million square kilometers in area. That's 109 times bigger than the Republic of Ireland and 25 times the size of Italy. One of our
lakes, Lake Eyre, is half the size of Wales and it's empty most of the time. In much of Australia, a road trip requires spare petrol tanks,
several water storage units, tinned food provisions, four spare tires, a St. Christopher medal and, preferably, satellite navigation.

Best to take Australia in small pieces. Fly to the major cities and hire a car for brief trips into the hinterland. Remember there's no such
thing as a quick trip out of Darwin, and the only road that isn't crowded heading out of Sydney is the one that leads to Melbourne.

Deirdre Macken is a senior writer and columnist with The Australian Financial Review in Sydney.