Should shrinks probe the violent fantasies of patients?

They often don't. And that failure can be tragic. 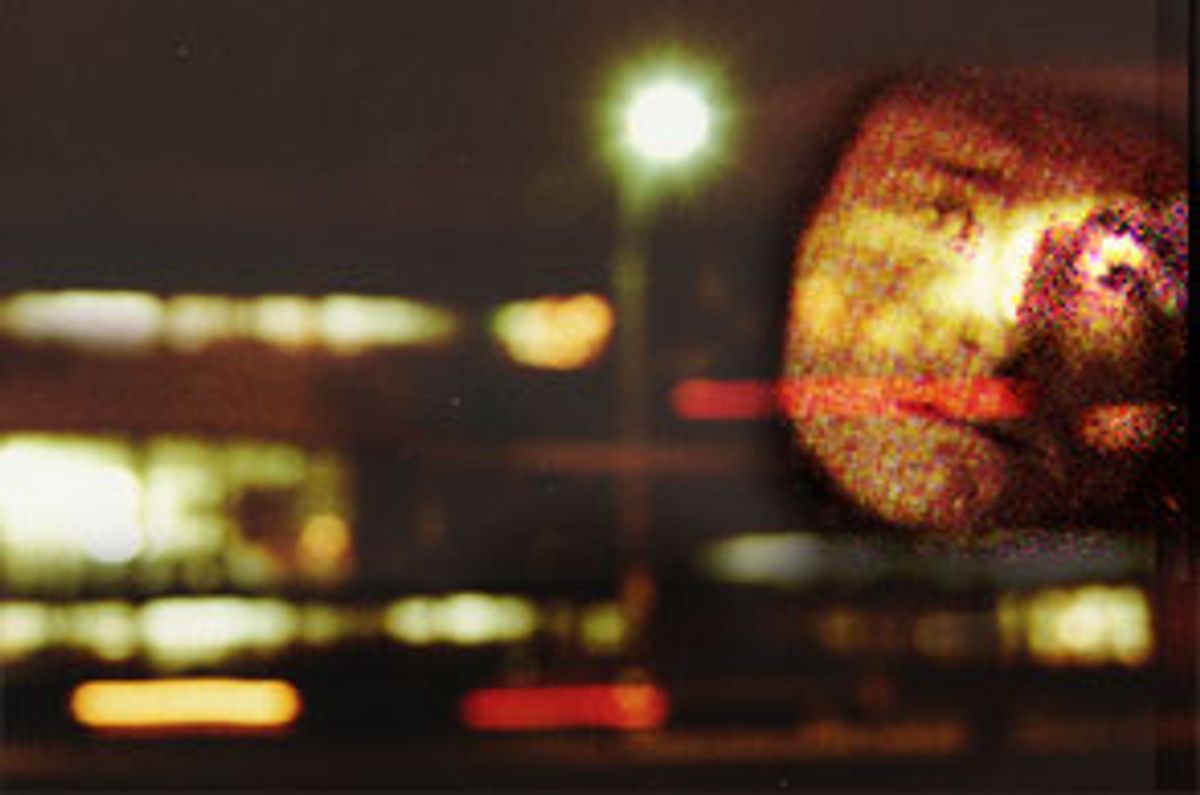 "There are people out there who are going to kill you and your family." Like a song played over and over, this warning looped in David's head for three days straight. Wherever he went, it followed. Each night, his mother and girlfriend begged the doctors at the local hospital to admit him. Each night, they were turned down. About 12 hours after the last attempt, his mother lay dead on her living room floor, a gunshot to her chest. His stepfather was wounded. David, at 28, was led away by police, to the same chorus of voices.

"I think if I would have gotten some type of help, I think my mom would have been alive today," says David, who asked that his real name not be used. "Even though I was insane, I knew to get help."

Over a cup of coffee on a recent morning at a Starbucks in a San Francisco suburb, David tells me the details of a story that is tragic at almost every turn. The mental health system failed him. His mother, always his greatest ally, became his greatest victim. Only after she was buried, and only after he went to jail, did her son finally receive the help she had desperately tried to get him.

In the final days of her life, while David was swinging through the hospital's revolving door, psychiatrists asked him many things: about his feelings, his hallucinations, his drug problems. They asked whether he was thinking of hurting himself. But no one asked the now-obvious question: "Do you have violent intentions toward others?"

It's impossible to know whether one question could change the outcome of any case. But many mental health professionals believe that at least some violent fantasies can be defused by simply asking patients about them. A new study found, however, that psychiatrists rarely explore this line of questioning.

"If you are not asking, you are not doing your job, you are not saving lives, you are a hack," says Dr. Carl Bell, CEO of the Chicago Community Mental Health Council and a professor of psychiatry and public health at the University of Illinois at Chicago.

Although the American Psychiatric Association says asking about violent thoughts is "standard practice" in this country, interviews with psychiatrists and stories like David's suggest otherwise.

Why would therapists ask patients if they are thinking about firing a bullet into their own head, but not someone else's? In part, it's because suicide prevention has been a cornerstone of the mental health field; discussions about violence have not. But many admit it's more than that. Therapists are trained to deal with suicidal people, not potential killers.

"Their comfort level is a lot higher with suicide. If the patient says this and this, they know what to do. But they have to clarify what to do in a parallel situation that involves violence toward others," says Dr. Drew Ross, a forensic psychiatrist and author of "Looking Into the Eyes of a Killer." "For a lot of psychologists and therapists, intervention is very different than what they were trained to do and why they went into this field."

High-profile crimes committed by kids who have been under psychiatric care have increased pressures on therapists to focus on the possibility of violence. But psychiatrists largely resist the idea that they can, or should, play a significant role in crime prevention. They are neither "lie detectors" nor "crystal balls," as one psychiatrist put it. Their offices should be havens for the distressed and emotionally vulnerable, not police department outposts.

"We have a lot of horrible things happen like at Columbine and at the National Zoo, and the idea that psychiatry should do something is perfectly understandable, but that idea that it can do something is a matter of science," says Dr. Alan Stone, a professor of psychiatry at Harvard. "In my opinion, psychiatrists have no reliable and valid way of predicting future violence. They do just a little better than flipping coins."

Contrary to public perception, Stone says, most psychiatric patients are not violent. And most violent crime is not committed by the mentally ill. Nor is a blanket policy practical in a field as highly personalized as psychotherapy. What about an elderly man who seeks treatment for depression after the death of his wife? Would it make sense to ask him if he's thinking about harming someone?

But some psychiatrists say it's irresponsible to take a "don't ask, don't tell" approach to the question of violence. "In most cases, there are no discernible signs unless a patient volunteers the information," says Dr. Paul Appelbaum, vice president of the American Psychiatric Association. That's why it's critical to ask. "The responses are sometimes surprising. Patients who you wouldn't expect to have violent impulses often talk about it directly. Many patients are waiting to be asked. They are reluctant to volunteer information about violence they may have committed or violent thoughts that they may be having because they are embarrassed about it."

David sincerely believes that had he been asked, he would have told someone more about his mental state. Then, he believes, he would have been committed -- and he would not have killed his mother. But it's easy to see why a psychiatrist wouldn't peg David as potentially violent. He had no history of mental illness. His only brush with the law was for drunken driving. He is short, with a mustache and light brown hair. He seems insecure, not aggressive.

"I never in my worst dreams thought that I would be capable of doing something like this, and then you wake up and you're in the mental health system," he says.

The judge called his case "tragic."

Under a 1976 California Supreme Court ruling known as the Tarasoff decision, a therapist who knows that a patient intends to hurt someone must take action. The therapist may commit the patient, warn the possible victim or call the police. But this "duty to warn," as it is known in mental health circles, does not translate into a duty to ask. Therapists are under no mandate to bring up violence if the patient doesn't, although at some facilities, such as Chicago's Community Mental Health Council, questions about violence are part of the psychiatrist's checklist.

Of course, there's a large difference between thinking about harming someone and doing it. It would be absurd for psychiatrists to report, or commit, every person who angrily utters that he wants to kill someone. But a forthcoming study of hospitalized psychiatric patients found that telling a clinician about violent thoughts was significantly related to carrying them out within 20 weeks of discharge. One-third of the 1,136 patients studied reported having violent thoughts, double the percentage in the general population.

"It is certainly not the case that most people with thoughts of harming another go the next step and actually harm, but violent fantasies do seem to be a risk factor for violence and any useful risk factor could be used to prevent violence," says John Monahan, a professor of psychology and legal medicine at the University of Virginia School of Law and a co-author of the study, to be published in July in the Journal of Consulting and Clinical Psychology.

It's been 11 years since David killed his mother. Ultimately, psychiatrists called it a "psychotic break," and he was found not guilty by reason of insanity. He spent five years locked up, in jail and a mental facility. Antipsychotic drugs silenced the voices.

He is in a program for violent offenders, living not far from where the tragedy happened. Sometimes, he runs into old friends from high school, who have no idea what happened. He wonders what to tell them.

"I wish that I could say that I think all the time that it's OK to carry on with my life," he says. "It's not easy to deal with; it's something I'll carry with me forever. But I know in my heart that I'm not that type of person."

He says his mother was one of the only people who believed in him when he was addicted to heroin. He wishes she could see him now, clean and sober. He says his brother once told him that she would be proud. "I don't know if he was just trying to be nice," David says, "but it's what gets me through each day."

David then whispers that he really loved his mom, as hard as that seems to comprehend.