Munich's got the best of Germany -- open plazas, a commitment to art and food so fatty you'll never want to leave. 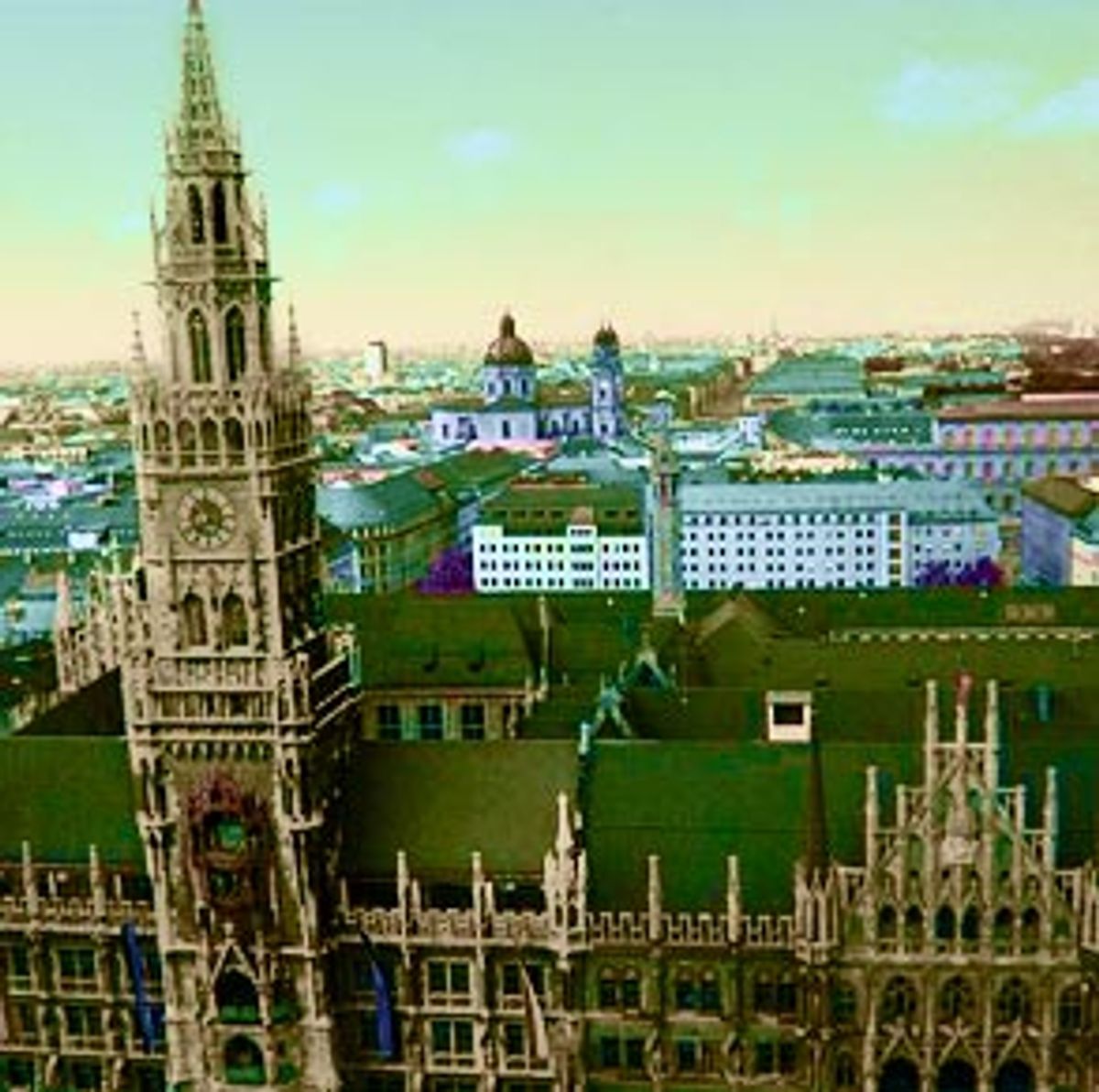 In Munich, donating a public fountain has become a local fashion. Take a stroll downtown and the fountains are the first thing you'll notice -- there are more than 1,000 of them. Like the public gardens throughout the city, the fountains enhance the light, offer a serene space and lend the city an open feeling. With most of its important sites reachable on foot, Munich makes a great destination for tourists.

The city was founded in 1158 as a mint and marketplace by Henry the Lion, Duke of Saxony. One of its most beautiful open spaces is the 900-acre English Garden, which sits in the center of town. Created during the late 1700s, the garden sprang from the mind of Benjamin Thompson, an American expatriate who'd befriended the Prince of Bavaria. When the garden was constructed as a park, open to everyone in the city, it gave Munich something unique: a place where people of different classes could come together in a relaxed and natural setting.

The rulers of Bavaria were into music as well as parks, and they made Munich a great city for music lovers. The National Theater is one of the finest opera houses in the world, specializing in the works of local heroes such as Mozart, Wagner and Strauss.

In front of the theater is a statue of one of the early rulers of Bavaria, Maximilian I. The king was hoping to be shown on a horse, but the sculptor felt that for the long haul he'd be more comfortable in a nice chair. The word around town is that his hand points to a cafe across the street, gesturing for a waiter.

A few blocks down from Maximilian is Marienplatz -- in many ways the center of Munich. The area is named after the statue of the Virgin Mary that stands in the middle of the square. Its central attraction for visitors is the Town Hall's mechanical clock, which goes into action every day at 11 a.m., noon and 5 p.m.

The clock's figures perform the "Coopers Dance," which dates from the early 1500s. There had been a devastating plague in the region, and the first people to realize that it was coming to an end were the barrel makers, known as "coopers." In 1517 they came to Marienplatz to perform a dance of thanks to the Virgin Mary, marking the end of the plague and cheering up the locals. The dance now continues three times a day.

Behind the square you can see the twin towers of the 500-year-old Church of Our Lady. The onion-shaped domes, added as a temporary measure, don't match the rest of the church's Gothic architecture. But with one budget shortage after another, they never got replaced. Now they are to Munich what the Eiffel Tower is to Paris, a lasting symbol of the city's skyline.

Just down the road is another church worth visiting. Called the Asam Church, it's a magnificent example of the architectural style known as German baroque. This ornate architectural style was introduced by the Roman Catholic Church as an attack on the simple architecture of the Protestant Reformation, a way for Catholics to reaffirm the greatness of their religion.

And speaking of majestic, a tour of the former Wittelsbach family homes offers a glimpse of how the rulers of Bavaria lived. They controlled Bavaria from the middle of the 12th century to the beginning of the 20th -- that's an 800-year reign, the kind you could have in the good old days before term limits. The family spent the winters in town, at their palace known as the Residenz. These days, visitors can roam through its halls and see the royal apartments, the crown jewels and an extraordinary collection of objects from the royal court of Bavaria.

The Wittelsbach summer place on the edge of town, Nymphenburg Castle, is also open to the public. Its original design called for an astonishing 76 bedrooms, 53 sitting rooms, 33 reception areas and four ballrooms -- but no bathrooms. Clearly, a great creative vision can neglect the occasional detail.

For a place where no detail has been overlooked, stop into the ultimate German beer hall, Munich's Hofbrauhaus. Noisy, bawdy and filled with tourists from practically every nation in the world, it's worth a brief visit. The Hofbrauhaus came into being in 1589 as part of a fund-raising program for Duke Wilhelm V. At the time, Munich's beer was being imported from independent states in northern Germany, a practice that was destroying the prince's balance of payments. The prince's top accountant suggested that a local brewery and beer hall could work wonders for his majesty's bank account. And so the first Hofbrauhaus was introduced.

If you find yourself on the premises, you might enjoy tasting a "radler." Half-beer and half-lemonade, it was invented for people who go about on bicycles or operate heavy machinery. At some point, you should also taste the local sausages, traditionally eaten as a late-morning snack. The German word for sausage is wurst, and dozens of different kinds appear in German cooking.

The people of Munich think the best of the wurst is a white sausage called weisswurst. But anyone ordering a white sausage past noon is committing a serious faux pas. Before being eaten, the meat is removed from its casing by what could be considered a surgical procedure and then dipped in sweet mustard, to be accompanied by a pretzel and a beer. My preference is the wheat-based beers. Keep in mind that toasts made with wheat beer are clinked only at the base of the glass, while regular beers get clinked with a full broadside.

Don't forget your pretzels while in Munich. The city is the capital of all things pretzel, and they can be found anywhere and at all times. According to folklore, the curved bread was developed by French or German monks as a symbol of hands praying, and given to children to remind them of the importance of prayer. "Pretzel" comes from a Latin word meaning little arms. Usually, pretzels are presented as bread in a basket rather than as a snack. At the end of the meal, your server may ask you how many you ate and charge accordingly. Keeping track of one's pretzel intake is probably a good idea, anyway.