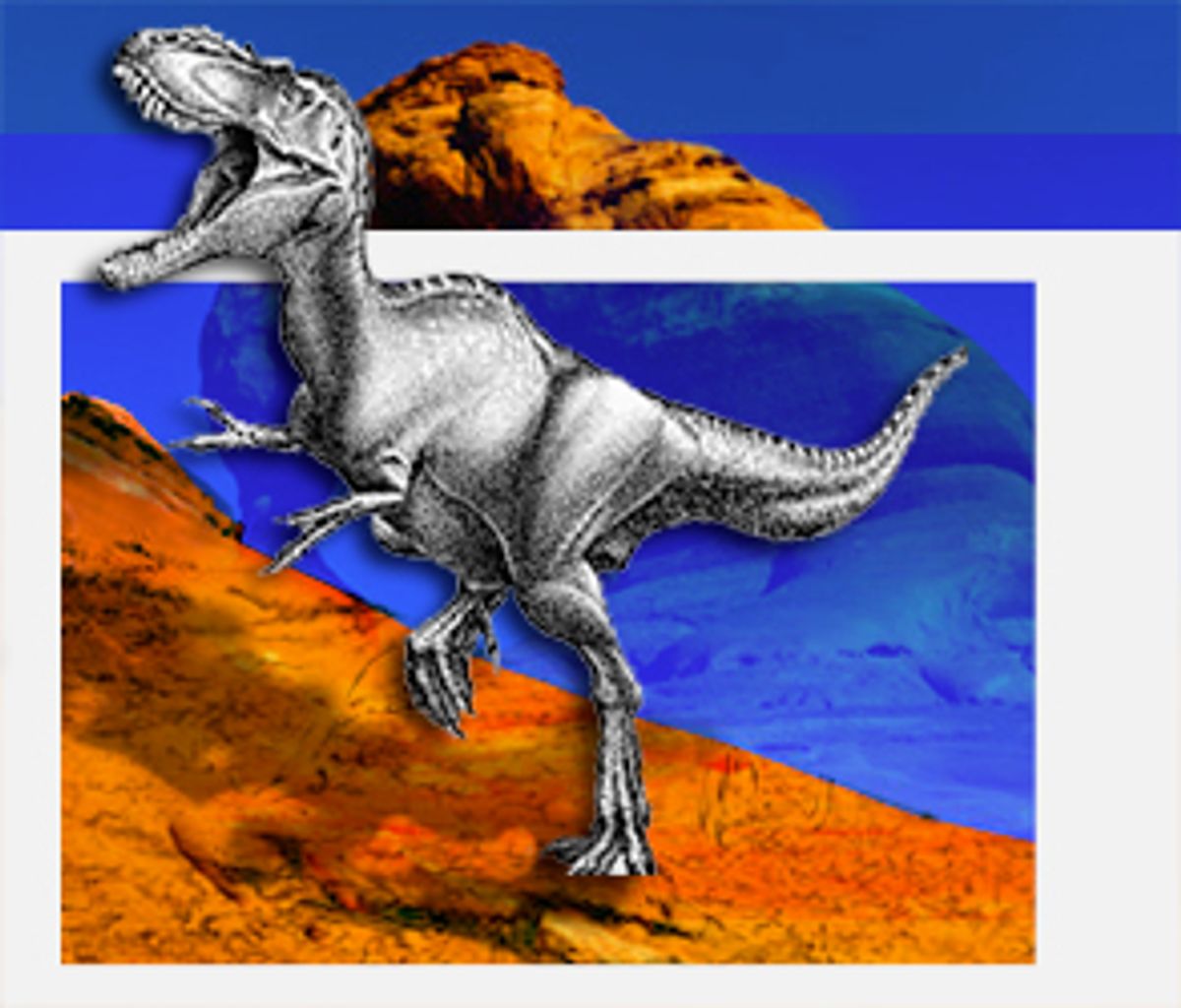 We just visited a dinosaur exhibit, and our son was particularly interested in the sand and bone pit they had erected for children to chisel in the rocks. Are there real dinosaur sites that one can visit to help excavate? Is there an age limit for participants?

The release of the movie "Dinosaur" and the unveiling of Sue the T-Rex at Chicago's Field Museum are just the latest logs thrown on the fire of dino adoration, and children, of course, are at the forefront of the frenzy. While professional digs are geared to adults, the public's fascination with the topic has prompted quite a few communities, many in the West, to cultivate their dinosaur assets. And that includes hands-on excavations for kids.

For a guide to all sorts of dinosaur sites and programs, check out the book "Dinosaur Digs" by Blake Edgar (Discovery Travel Adventures, 1999). A good site for learning about dinosaurs, dig programs and excerpts from that book can be found at Discovery.com's Fossil Zone.

Another helpful book is "Dino Safari: Fun Places for Adults and Children to Learn About Dinosaurs" (An American Safari Guide) by R.L. Jones (Cumberland House, 1999).

Somewhere down the road, I'd like to drive all or a big piece of old U.S. Route 66. Can you suggest sources for planning such a trip?

U.S. Route 66 was built in the late 1920s and early '30s and became the nation's first cross-country highway, stretching from Chicago to Los Angeles. Although it has been replaced by the interstate highway system, 90 percent of its original 2,448 miles are said to remain intact.

While it's no longer a primary highway, its place in the national consciousness remains secure, and for those who want to follow it there is plenty of help. Among the sources:

Each of the eight states through which Route 66 runs -- Illinois, Missouri, Kansas, Oklahoma, Texas, New Mexico, Arizona and California -- also has state associations. Information on those associations can be found through various Web sites, including Historic Route 66.

Another source is the National Historic Route 66 Federation.

There are also associations devoted to Route 66 in Canada, Holland and Norway.

Where can we get information on the Eisteddfod Festival in Wales?

Hundreds of eisteddfodau -- contests of music, literature and other arts -- are held all over Wales during the summer, leading up to the Royal National Eisteddfod held annually in early August at a location that changes each year.

The event attracts 150,000 visitors and about 6,000 competitors. This year's dates are Aug. 5-12; the location is the Millennium Coast Park in Llanelli, South Wales, just northwest of Swansea.

Be forewarned that the language of the competition is Welsh. However, a simultaneous-translation facility is provided free of charge for activities within the main pavilion, and an English-language audio guide can be obtained free of charge from the festival's information center. A booking form is available through the Web site.

According to the Welsh tourism office, the Eisteddfod -- which means "sitting together" or "gathering" -- evolved from ancient bardic tournaments in which apprentice poets and musicians would compete against each other for a seat of honor in the households of noblemen. Winning such a tournament was akin to securing a contract of employment, for poets depended on the patronage of wealthy noblemen and landowners for their livelihood.

Today the stakes have shifted, but the competitors still relish the cheers of the audience.