When the country's biggest gene therapy institute was ordered to stop testing on humans last week, the action marked the end of an era fraught with dubious claims to success and a mess of unreported adverse effects. 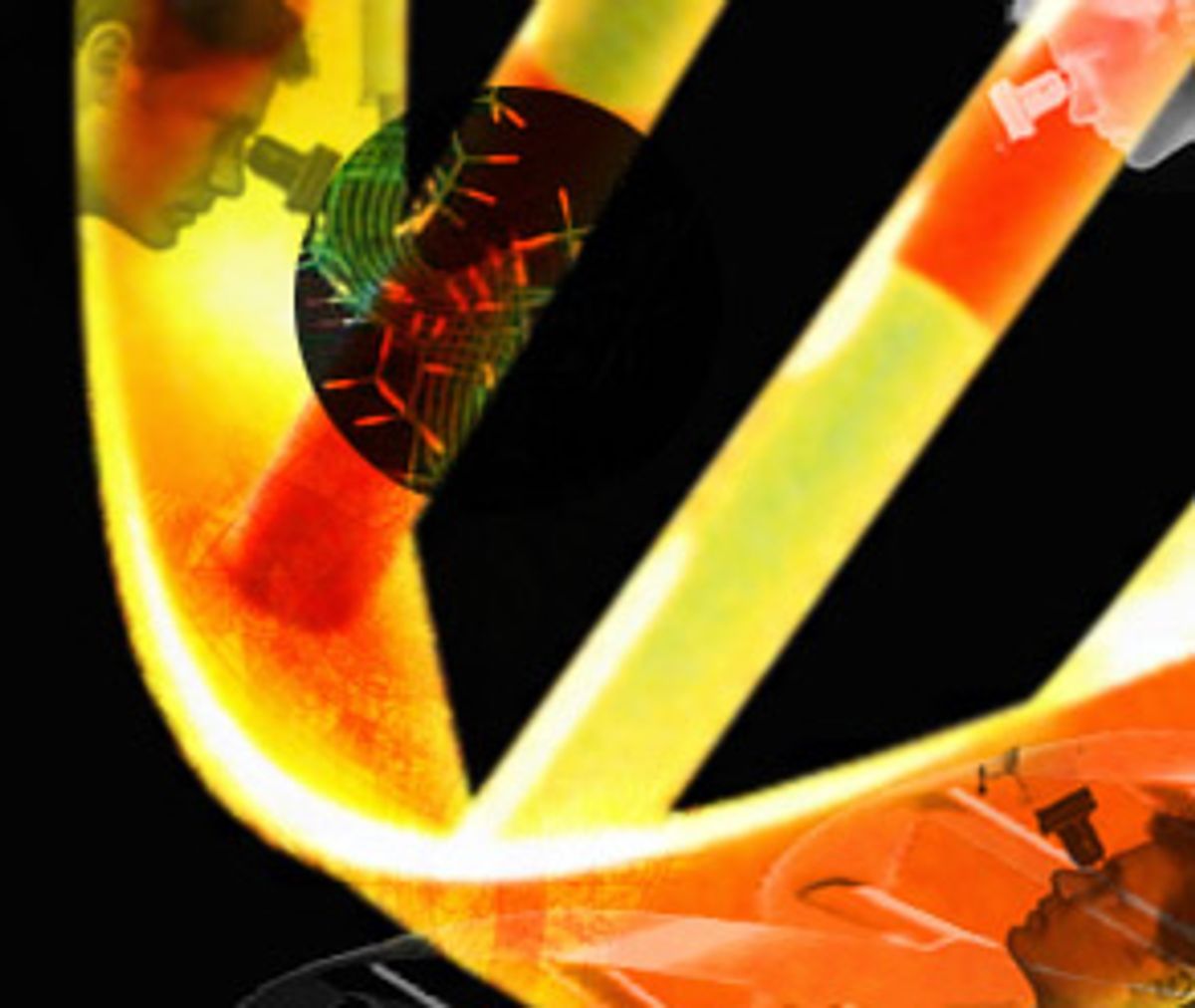 In September, Jesse Gelsinger, a teenage patient undergoing experimental gene therapy for a rare genetic disorder, died at the Institute for Human Gene Therapy at the University of Pennsylvania. People die during experimental treatments all the time because they are usually terribly sick. But Jesse was not particularly ill, and his father says the researchers played up the potential benefits of the study and played down the potential risks. The researchers deny this, so Jesse's father is talking about filing suit.

The university ordered an independent investigation, and its sharply critical findings were released last week. In response, Penn ordered the institute to abandon research on human subjects forever. For the scientists involved, the action was draconian. Since gene therapy cannot be demonstrated without human studies, the decision pretty much put the institute out of the gene therapy business all together.

What happened at Penn was not an isolated case, so the Penn proceedings are not a fix for what ails gene therapy. Other investigations, by Congress plus the two agencies responsible for overseeing gene therapy research (the Food and Drug Administration and the National Institutes of Health) have uncovered a breathtaking quantity of misbehavior in gene therapy trials all over the country.

It's not just that Jesse's treatment was bungled, although it apparently was. There's been lots of bungling in other trials as well, and other ambiguous deaths. It also turns out that researchers have routinely flouted the government's rules governing gene therapy -- especially the requirement to report all "adverse events" following the experiments. "Adverse events" means any serious reaction or side effect. Researchers have failed to disclose a stunning number of adverse events in gene therapy trials: more than 700. And counting.

Adverse-events reporting was not invented just to drive scientists bananas and give bureaucrats paper to shuffle. Accurate reporting is crucial to the future of gene therapy -- in fact, to clinical research in general. All scientists working on a new treatment need to know when something bad happens in experiments on people, because it gives them clues about what to do, and what not to do, and where to go from here.

"Reporting of adverse events is a joke; it hasn't worked for years," declares Penn's Center for Bioethics director Arthur Caplan, who contends that this sort of misbehavior infects all experiments on people. "Gene therapy is getting close scrutiny at the moment, but human-subjects research has had serious problems of noncompliance for ages."

Granted, Caplan doesn't qualify as a wholly disinterested observer. Caplan, whose center is associated with the now-vilified Institute for Gene Therapy, was consulted about the conduct of its gene therapy studies, including Jesse's. But he has also been a professional research-watcher for decades, and his observation that gene therapy is not a special case is correct. The failures of oversight, the absence of monitoring, the plain old sloppiness that pervaded clinical gene therapy research at Penn (and, we now know, many other clinical gene therapy studies) infiltrates all kinds of human-subjects research.

Human research has come a long way since the so-called Tuskegee experiment. From the 1930s through the early 1970s, the government studied the natural history and course of untreated syphilis in a large group of black men with the disease. The men were not told they were infected. Not only was treatment withheld, the Public Health Service actively intervened to keep the men from being treated by other agencies, such as the U.S. Army. In the uproar that ensued when the syphilis study came to light, Congress legislated safeguards to protect human subjects, and these measures have been tinkered with and added to over the years. Hence the requirement to report "adverse events." But the practice of using human volunteers to test new treatment still is far from the humane, honest, careful way of making progress against disease that it should be.

Prompted in part by the flap over gene therapy, and timing it brilliantly to coincide with the Penn report, Donna Shalala's Department of Health and Human Services has just presented Congress with draft legislation setting up more regulations. One of its ideas is financial penalties -- up to $250,000 per researcher and $1 million for the offending institution.

Imposing fines seems a bit bizarre for research infractions, but it does give the government some middle-of-the-road punishment options. Currently the choices are total annihilation -- that is, shutting a research program down -- or a slap on the wrist. The latter consists of sending the errant researcher a letter saying he has been naughty and he must promise not to do it again.

Caplan suggests a useful approach would be unannounced inspections and audits. But NIH's Office of Protection from Research Risks has tried that. In the past couple of years, OPRR has shut down hundreds of human research programs (not involving gene therapy) at seven major U.S. institutions. Our government's response? It's moving OPRR out of National Institutes of Health and into Shalala's office and changing its name to Office of Human Research Protections. This is supposedly a promotion, but some think the move will only serve to undermine its power. Shalala's office has also declined to consider the OPRR director behind the surprise raids -- a spunky candidate for herohood named Gary Ellis -- to head the new office. (Translation: They fired him.)

Which suggests that the U.S. government is not hugely serious about beefing up protections for human research subjects. And that this is not the last time you will hear sad stories like Jesse Gelsinger's.

Which is a shame for everyone -- not just the victims of scientific bungling. The dazzling idea behind gene therapy is that you can treat a disease, perhaps even cure it, by transferring new genes into a patient's cells. The notion has captured the imaginations of ambitious and competitive scientists all over the world. The possibilities are indeed amazing. Gene therapy might mean cures not just for the odd exceedingly rare genetic disease like Jesse's, but also exceedingly common disorders like cancer and heart disease.

But after more than a decade of frantic work -- 300-plus clinical trials on 6,000-plus patients -- gene therapists have not much to show for their exertions. At the end of April, French researchers announced an apparent cure in two children with "Bubble Boy" disease, which is caused by a single faulty gene. The kids' immune systems now function well, a year after scientists transferred working copies of the gene into their bone marrow. The researchers warned everybody not to get too excited about short-term results, however. They won't be sure they have really cured the disease for many years. So the score stands at one probable success, a couple of ambiguous possible maybe successes, and that's about it.

Still, the news from France -- the first nice thing to happen in the field since Jesse's death -- had gene therapists dancing in the streets. Penn's is just one of several investigations launched in the wake of Jesse's death, and their findings have been grim. Gene therapy is in a heap of trouble. The trouble is not just technical, it is also political. And much of it is self-inflicted.