In this floor-level view of the rave scene, director Jon Reiss keeps it pumping, humming, buzzing and spinning. 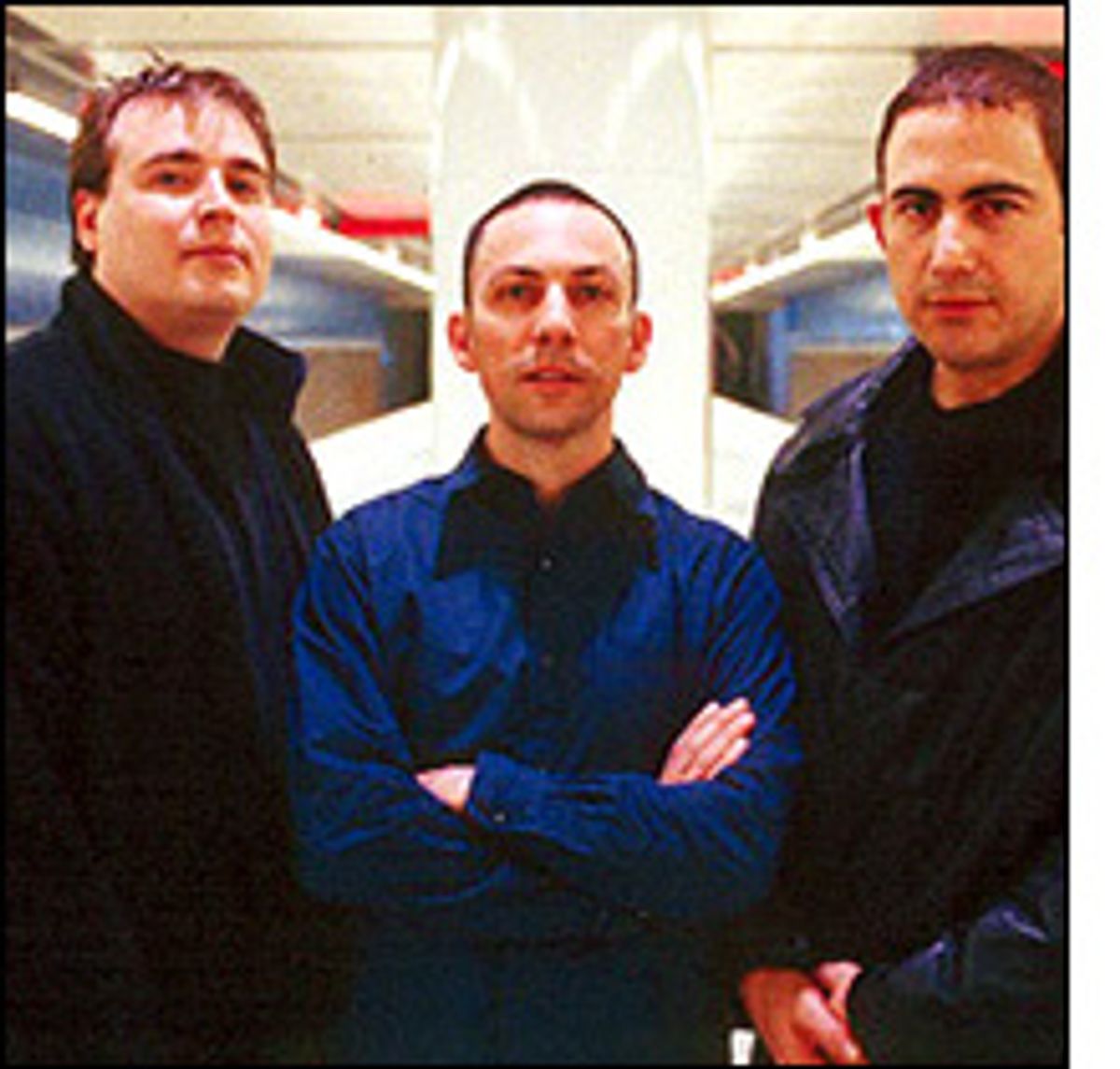 Shot on the fly, on a compact digital camera that fit inside a backpack, "Better Living Through Circuitry" gets inside rave culture in a way that would have been impossible with the full-size camera crew of old. There are no zooms, no tracking shots. Instead, it's editing, editing, editing -- cut-and-paste pieces of documentary and interview footage slammed up against each other like matched beats. The kinetics of the film and its relentless music keep it pumping, humming, buzzing, spinning, dancing, waving, raving ... Well, you get the picture.

Director Jon Reiss is trying to do several things at once with "Circuitry." He wants to show that the rave culture is still thriving, now more than 10 years after it took focus in England and moved to the States. He also seems to want to make some sort of statement about the nature of subculture, about technology, about community and about spiritual transcendence. But as deftly as Reiss' camerawork matches up with the glossy surface of his subject, the director seems to have a hard time going deeper. Zipping from a rave in the desert to a sweaty urban warehouse at full capacity, the film grooves as it bounces -- from Moby to Scanner, from the defunct group Electronic Skychurch schlepping gear or New York DJ Frankie Bones thumbing records to a raver blabbing about why dance culture is so fun! The problems present themselves when the commentators try to explain what it all means.

People tend to sound stupid when they intellectualize dance music. Same thing with religion, or that quasi-hippie New Age thing called spirituality. That's certainly the case here. One raver says something about how being "in touch with the subtlety" is "empowering." Sure, 4/4 beats are fun on a dance floor, but it's never made clear what's empowering about them. (DJ Spooky, who usually sounds like an idiot or a savant, depending on the topic -- or the record -- claims that sampling is a form of ancestor worship, which seems like a pretty fancy term for lifting a bitchin' bass line. And someone else explains that Jesus and the disciples did the same kind of rituals that today's ravers practice: The Last Supper was about dancing. Clearly, someone's spending too much of their allowance on ecstasy.

The smartest of the bunch are the English musician Scanner, who sets improvisational music to cellphone calls and radio transmissions he pulls out of the air, and Throbbing Gristle-Psychic TV relic Genesis P-Orridge, who looks at once archaic and ridiculous dolled up with plucked and painted eyebrows and what looks like a wig belonging to a 50-year-old female attorney. Scanner talks about how his work sets voyeurism to music, touching the blurry line between public and private space along the way. P-Orridge, for his part, dribbles a mouthful of absurdities about "alternate ways of being" and "laughing cops out of existence." Still, his story about moving techno records between the States and England in the late '80s is as concise and illustrative about the global implications of the music as anything in the film, and he actually makes a killer point about how bass, rhythm and light add up to ritual, changing the way that we experience time. Of course the drugs help.

The film is actually quite good on the illegal stuff that makes the whole scene go around. Ecstasy is the social lubricant, and it receives both blatant and subdued testimonials. Superstar DJ Keoki, wielding a hose in his garden, gives a pointed public-service announcement: "I don't want to be a preacher. I love drugs -- but you can't do them forever." P-Orridge speaks well of psychedelics, but it is perhaps one of the film's unintentional ironies that a picture of him with the words "Acid User" beneath could turn a generation of kids off LSD.

In the end, the film does make its uncontroversial point: Rave culture is more than music. Performers like Moby, the Crystal Method, Roni Size and Scanner all contribute live sets and interviews to the film, but their words compete with those of the teenage ravers, graphic designers and visual-effects makers. (Iara Lee's 1998 film "Modulations," another documentary about electronic music, mostly ignored dancers, artists and scene makers in order to focus on the nuts and bolts of electronic music; as such, it's a nice companion piece to "Circuitry.")

The ravers are articulate about what makes the whole scene so appealing. The music is different; it's not rock, which is for the most part staid, bloated, blandly ritualized and ultimately about being a spectator. Attending a rave -- especially one that you've driven hundreds of miles out into the desert to attend -- offers at least the illusion of participation. If not, well, at least you can dance. Further, rave embraces blacks and whites, gays and straights alike. The lights are rad. The root technology -- record players and samplers -- makes electric guitars look like gene splicing. And all the talk about the do-it-yourself ethic is almost convincing -- except when it runs up against major-label studios and the don't-do-much aesthetic, like Wolfgang Flur of Kraftwerk explaining that he liked drum machines because they meant that he would never have to sweat behind a bass and snare again. Finally, at the end of the movie, one of the members of Electric Skychurch talks about how impossible it is to capture the rapturous experience of dancing the sun up over the horizon on film or in conversation. He's right, and that's all the endorsement that most dancers will need.

But eventually the kids end up at the same place as most of the musicians. There are implicit politics to the rave scene, the movie suggests. People are alienated. They want to find, or make, some of the things missing in their lives. What's missing? Community. Safe spaces. The raves, then, are like big family parties. The unexplained phenomenon is why seemingly one-half of the ravers look like spoiled babies hopping around with pacifiers and candy bracelets. Is the weird, almost disturbing infantilism an attempt by dancers to reconnect with their inner babies? One raver says that she favors the philosophy of "All I Really Need to Know I Learned in Kindergarten." There are no other theories. "Better Living Through Circuitry" can't bring itself to remind us that safe spaces disappear when raves end. After that "one-night oblivion where nothing else matters," there is all the stuff that does.