Lie of the Week

Can you be a "Coal Miner's Daughter" if your daddy owned the mine? 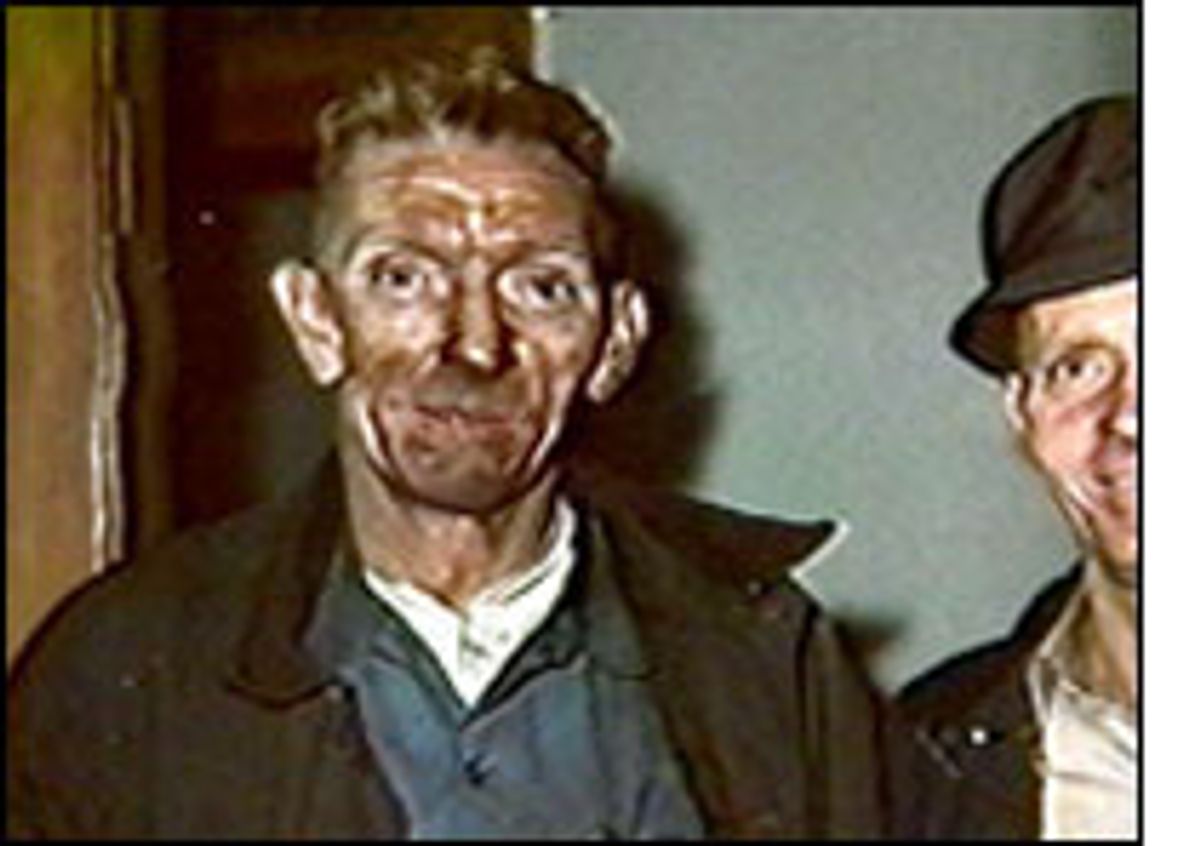 Playing up humble roots in a campaign pitch has a long and distinguished history in American politics. Abraham Lincoln's political handlers did it in 1860; and even then, it was probably a little tired. By-the-bootstrap tales have become such a campaign clichi that voters and the press are usually inclined to give candidates a pretty wide latitude in playing up their hardscrabble origins.

But it seems as though Beverly Perdue, a candidate for North Carolina lieutenant governor, went a bit too far.

Perdue's campaign video, "Coal Miner's Daughter," tells the story of how she grew up in the town of Grundy, VA "We never knew we were poor," Perdue says, in her narration for the video. "We were surrounded by a tremendous amount of love." As she tells viewers about her father the coal miner, the video pans over an image of a man, presumably Perdue's father, that looks like something right out of "Let Us Now Praise Famous Men."

It all makes for a pretty compelling stuff, not least because coal miners are special. They don't just work hard. They work in dark holes in the ground. Occasionally they get buried alive. And many of those who survive a lifetime of work in the mines develop nasty diseases like lung cancer or black lung disease.

Only one problem. As pointed out by reporter Bob Geary in the Independent Weekly (the alternative weekly from North Carolina's Research Triangle), Perdue's father may have once mined coal; but he also eventually owned the mine. And the guy in the picture? Well, that wasn't really her dad.

There's a grain of truth in Perdue's story. Her father, Alfred Moore, did apparently have humble beginnings. And early on he did work in a small mine that he owned with his brother. But by the time Beverly came onto the scene, the family was apparently doing pretty well -- a lot better than her video would have you believe. When questioned about this by Geary, she defended the video version of her poverty, saying, for example, that she had to go to a state school and not a private college because the latter was too "pricey." (Perdue's campaign did not return calls by Salon.) By 1970 -- the year Beverly turned 22 -- Moore was a retired multimillionaire living in Florida. No wonder she didn't know she was poor!

This is the kind of puffery that catches up with you if youre running for political office. Perdue won the Democratic nomination for lieutenant governor on May 2 against a poorly funded opponent; but don't expect the Republicans to give her such a free ride this fall.

Special Bonus! An extra Lie of the Week:

Beverly Perdue probably wouldn't have been caught for her creative evocation of her childhood unless a few people who grew up in her hometown hadn't gotten wind of the video. But how did retiring New York Senator Daniel Patrick Moynihan get away with stating a demonstrable falsehood on the Op-Ed page of the New York Times without anyone pointing it out?

In a piece published May 30, Moynihan outlines his plan to partially privatize Social Security and lambastes those who would charge that his plan would endanger current benefits. (He even calls the charge "obscene.") Why is the charge "obscene"? Because, under his plan, "the present progressive benefit is fixed ... There is no occasion to touch it." So, according to Moynihan, the charge is obscene because current benefits are not reduced.

But this is simply false. Moynihan's plan does call for cuts in current Social Security benefits. Who says? Moynihan says. And in the very same article. In paragraphs 9, 10 and 11 of Moynihan's article, he describes specifically how his plan would reduce benefits in order to free up money for his individual accounts. If anyone else but Moynihan tried to pass off a line like that, he'd be skewered. So why does Moynihan get a pass?

E-mail your suggestions for Lie of the Week to LieOfTheWeek@hotmail.com.