You've got to worry when the sexiest thing in theaters this week is a preview for a movie coming in July. 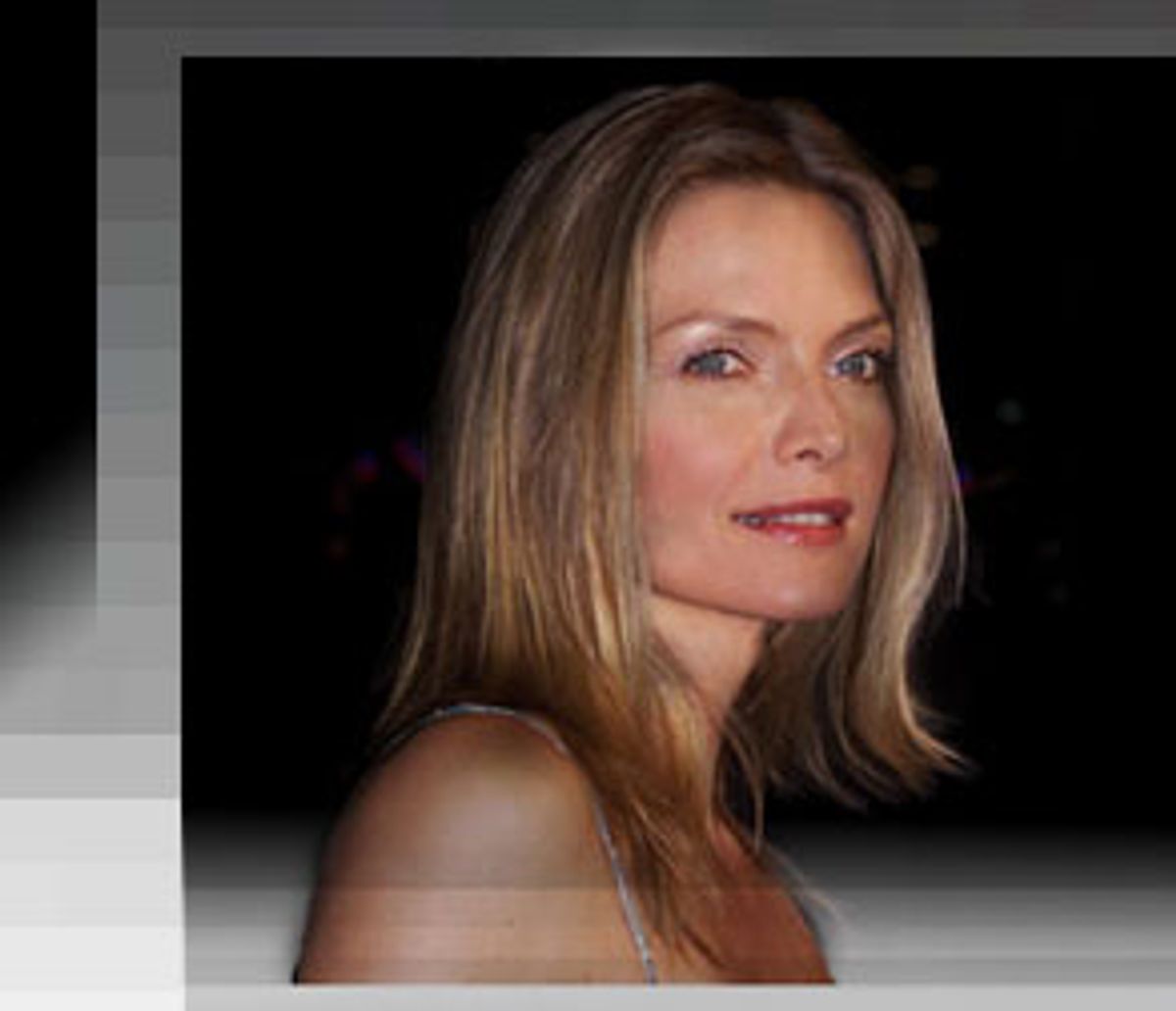 The project sounded simple enough. Each week I would search my viewing for some enticingly sexy moment -- a turn-on of the week. All this would be a way of indicating that there is alarmingly little old-fashioned sex in our movies anymore. And wondering why.

Still, I was surprised how hard it was to find a starter. How could anyone endure Demi Moore's "mirror, mirror on the walls/who can tell me? Where are my balls?" in "A Passion of Mind"? I was half-tickled by the way, in "Gladiator," Connie Nielsen's costume took on the ribbons of bondage, as if to say, "Notice me! Undress me!" I guessed that there'd be at least a hint of Tom Cruise's floppy-haired self-satisfaction in "M:i-2," but that felt too odd for a first shot. What could I use?

Then it happened -- the real thing, if you can trust a trailer. I want to see "What Lies Beneath" (which doesn't open until July 21) because, for the first time since "The Fabulous Baker Boys" and her Catwoman, someone seems to have realized that Michelle Pfeiffer is a sexpot waiting to blow, particularly if you stroke her the wrong way.

Her flame has been turned down and down in films where she suffers, worries or acts nobly. And while I don't understand "What Lies Beneath" yet (this could be the rapture before dismay), there are unmistakable signs that she isn't just the nice wife but a green-eyed craves-it that Harrison Ford was dumb enough to spurn once before. There are shots in the trailer where she gets very nasty and hungry and shows every inclination of eating her way down to Harrison's bone. When Pfeiffer looks at Harrison, it's as if her very eyes have sucked him dry already. And sex in movies begins and ends with the essential erogenous zone -- the eyes.

I know, director Robert Zemeckis has never done sex before, and I'm not filled with seed on his behalf. Worse, Ford has acquired a Gregory Peck-like way of urging his women to calm down -- as if he were fearful of being caught up in a skin riot.

But Pfeiffer has seemed oddly aimless in recent years for a big star, until her wicked eyes click in on the target. More than that, it's about time on-screen that a flat-out raver took a wholesome union and a complacent male and ripped them apart until the audience howled like wolves.

Don't tell me it's all a misunderstanding, Mr. Zemeckis.