Move over Siegfried & Roy, here comes Salman Rushdie. Now more than ever, Las Vegas is for smart people too. 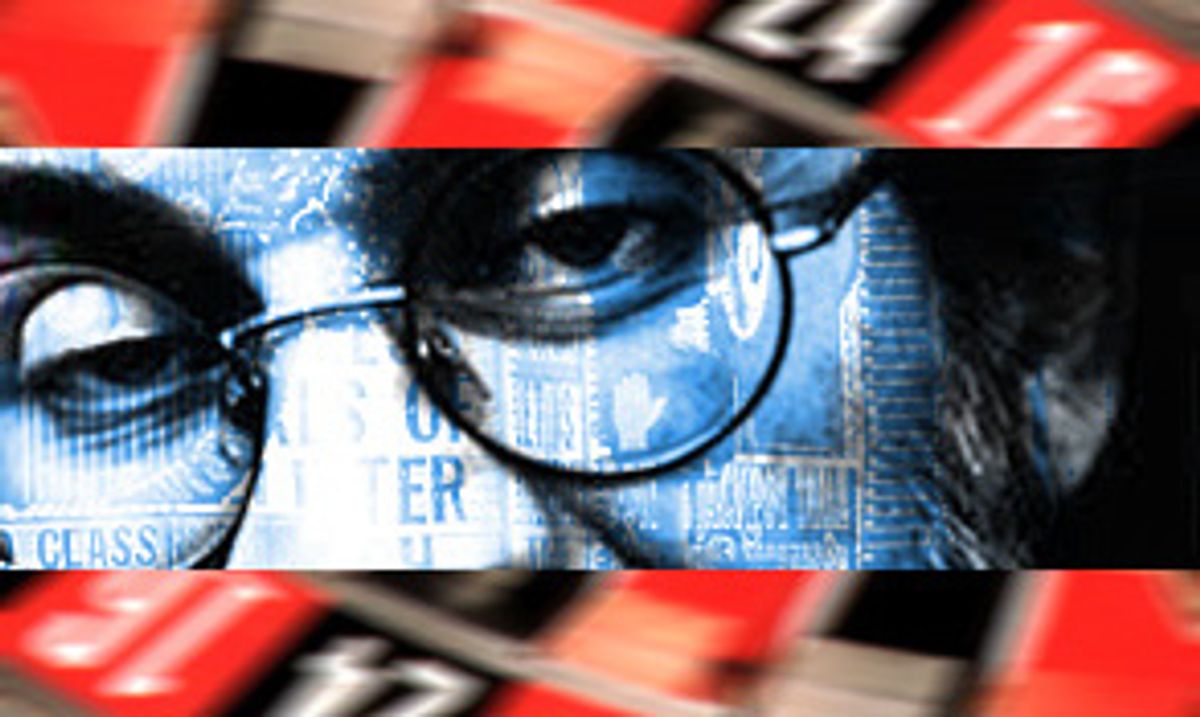 The International Parliament of Writers announced in May that Las Vegas is designated to become a "city of asylum" for persecuted writers such as Salman Rushdie, who baited a big boo-boo when his novel "The Satanic Verses" inspired Middle Eastern extremists to vow to destroy him.

The Mandalay Resort Group, one of the nation's top casino companies, is supplying start-up money for the program, which will provide housing, work space, transportation and funding for writers who have been persecuted for free speech.

During his periods of refuge, Rushdie will enjoy an extended stay in a $3 million custom white concrete "Free Speech Hondo-Haven" playpen, replete with wading pools, electronic Keno and wet bar, where hotel guests can observe the intellectual's daily swimming, recreation and writing regimen behind 3 inches of bulletproof plexiglass. Rushdie's new written work will be instantly displayed on 8-foot monitor screens above his private simulated waterfall.

Las Vegas Mayor Oscar Goodman will assign Rushdie a 24-hour, all-whore task force whose job will be to surround and escort the author while wearing provocative, body-conscious clothing, thus eliminating any possibilities of Rushdie's being assaulted by fundamentalists, who are religiously forbidden physical proximity to sexually uninhibited women.

Aides to Rushdie commented that his Las Vegas package would include Kevlar bathing trunks and a carton of Kool Filter Kings every week.

Kids are already interested in the wacky author-protection environment. "I think it'll be cool to watch a guy in there, like, thinking and stuff," said Amy Krafton, 10, of Willits, Calif. "Plus, some foreign guy might shoot him at any second," added her brother, Kevin Krafton, 11. Gift stores at the Mandalay are already selling out of their plush velour Rushdies. "Catch the RUSH!" T-shirts have also proved popular stock items.

Las Vegas' aim to further the notion that the city is now a refuge for writers "penalized for expressing free thought," as Mayor Goodman put it, has encouraged municipal leaders to arrange appearances by formerly persecuted international authors as well. Previously imprisoned Indonesian novelist Pramoedya Ananta Toer will be singing soft hits every Wednesday in July in the Treasure Island Exile Buffet, next to an interpretive jazz-dance version of the overthrow of Indonesian President Sukarno, featuring Erik Estrada and former Playboy Playmate Yasmin Perth.

Exiled Nigerian Nobel laureate Wole Soyinka plans to join the new Cirque du Soleil underwater light show "E@U," riding a specialized submersible motorbike inside the new $9 million Free Expression Aquadome, and make special autograph-signing appearances in the Robot Jungle of the Little Nigeria room. The Mandalay will also honor Soyinka's contributions as a playwright with "Biafra Bucks!" -- a new wall of progressive slot machines, boasting returns of up to 97 percent, that will be unveiled in August.

"More and more, Las Vegas has become a cultural destination," Glenn Schaeffer, the president of Mandalay, told the Associated Press. "And as much as any city in America, we stand for freedom of expression."

Schaeffer then unfurled plans for the "Salman Salmon," a 400-foot waterslide that will run directly through the author's Las Vegas habitat and allow literature fans to splash down within 50 feet of his sleeping area.