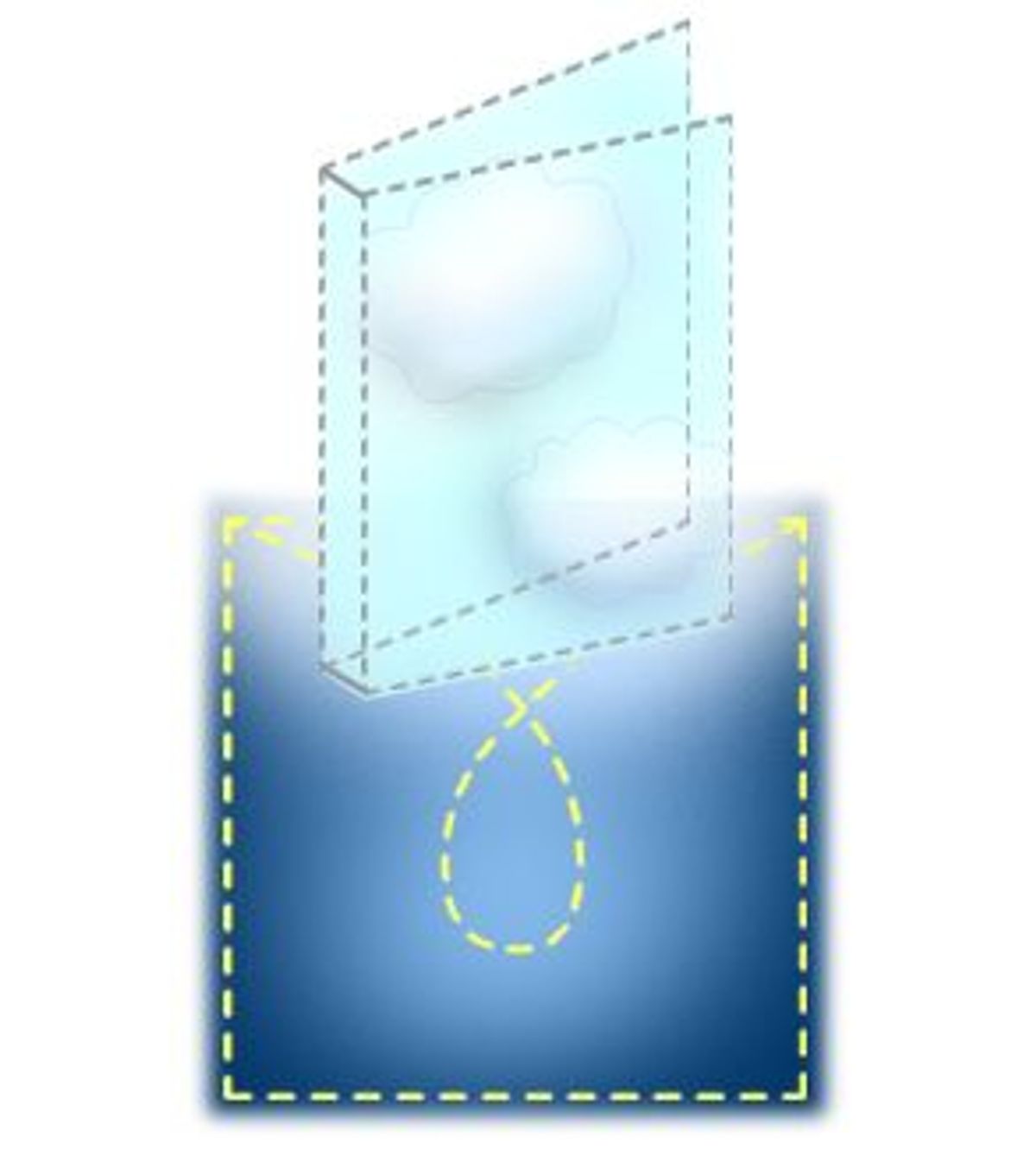 In November, Pocket Books snapped up the rights to "If Only It Were True," a novel by French author Marc Levy. The book concerns a San Francisco architect who falls for a comatose woman who holes up in his home. The price tag? One million four hundred thousand dollars.

Although the 38-year-old Levy, who began the book in 1998, was little known, he had one major advocate: Steven Spielberg. Shortly before Pocket bought "True," DreamWorks snapped up the film rights. The price tag? Two million dollars.

It's hard to fault Pocket's logic. When the most powerful director in Hollywood plans to turn one of your books into a movie -- even if it won't come out for a while -- you've got a built-in publicity campaign whose budget humbles the traditional book promotion budget.

What Pocket may not have known is that DreamWorks -- along with several other studios that were interested in "True" (including Fox 2000 and Universal) -- bid on the basis of a two-page English synopsis; no one at the company ever actually read the untranslated and, at the time, still unpublished book.

Assuming perhaps that Spielberg's taste was infallible, no one at Pocket read the book either.

To be fair, Pocket had no English version of the novel to read. As with the film studios, publishing houses had to base their decision on the strength of an English synopsis -- in this case an eight-page pricis -- and what French they could glean from the original novel.

In the case of Pocket, no one in the house could read the French original, so senior editor Greer Kessel Hendricks passed the manuscript to a French-reading journalist friend of editorial director Linda Marrow's. "We had someone read the French version aloud to us," said Pocket spokeswoman Melinda Mullen.

Inside sources say that Marrow's friend read the book and gave it an enthusiastic approval; the house then gave the book a green light.

"True" debuted in France in January, and it appeared that Pocket had indeed hooked a big fish. The book began selling briskly, and still is: More than 200,000 copies have been sold in its native tongue, and the rights have been sold to 28 countries.

Unfortunately, the American release of "True" isn't quite the succhs fou its publisher hoped for.

Since hitting U.S. shelves on May 3, "If Only It Were True" has yet to capture the esprit of the American public. Ingram, the nation's largest book distributor (it usually ships from 10 to 20 percent of a book's print run), had sold 1,122 copies as of May 26, with 8,473 copies still on hand.

These statistics don't bode well for a novel with a first print run of 100,000 copies. As of May 31, the book weighs in at 827 on Amazon.com's sales ranking.

Meanwhile, Pocket has embarked on an expensive eye-wringing ad campaign in the New York Times. "If you loved 'The Horse Whisperer,'" a recent ad began, "if you couldn't put down 'The Notebook,' if you stayed up all night with 'Sleepless in Seattle,' 'If Only It Were True' will leave you spellbound."

Despite the hype, Levy's book has repelled a few critics.

Publishers Weekly declared that it "reads more like a draft of a screenplay." Kirkus Reviews seems to concur: "Levy's prose is no better than his plotting: his informational sentences display almost no sense of the urgencies of language or strivings for expression." The June 2 issue of Entertainment Weekly gives the book a C minus. One dissenter: Glamour, whose June issue calls it "summer's most romantic read."

Smith's title enjoyed major Michiko Kakutani kudos in the April 25 New York Times, in which the literary critic hailed Smith as "a writer who at the age of 24 demonstrates both an instinctive storytelling talent and a fully fashioned voice that's street-smart and learned, sassy and philosophical all at the same time." Released five days after Levy's novel, "White Teeth" has outsold its French competitor nearly four times over, with year-to-date sales of 6,468. Ingram has only 684 copies left, with 1,330 copies on reorder.

Of course, Pocket will probably have the last laugh when Spielberg gets around to making the film. Unfortunately, that may take a while. In March, Variety reported that Ron Bass would shape the script. But no actors have been attached to the movie, which is supposed to begin production at the end of the year.

Spielberg's press spokesman, Marvin Levy (no relation to the book's author), confirms that Spielberg still plans to produce a film version of the novel. "He paid a lot of money for this," Levy said. "It's not going to sit on the shelf."