From famine to feast 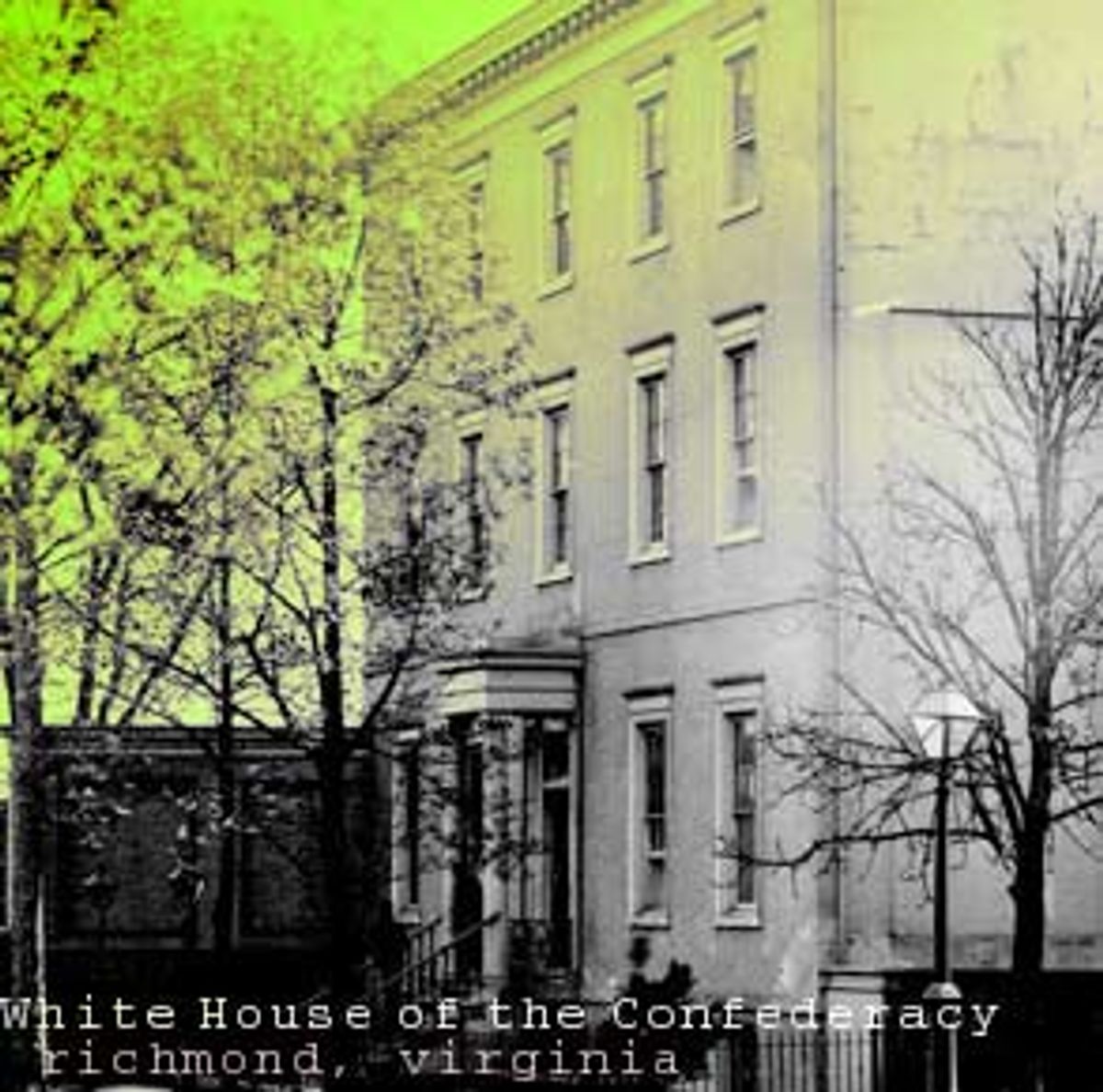 In 1607, when the first English colonists came to Virginia, the nearby waters were crowded with fish and the forest rich with game, fruits, vegetables and nuts. The land could have supplied the settlers with all the food they needed. And yet they were starving to death.

The colonists didn't want to eat any unfamiliar food. Most of the settlers of the Virginia wilderness were from the English middle class. They were tradesmen and merchants who knew very little about fishing, farming and hunting. Fortunately for the settlers (less so for the Indians), the Native American tribes began to trade with them, and soon surviving off the land was possible. In fact, in just a few decades the colonists had a booming tobacco business going. It was an extremely profitable crop and led to the development of large plantations.

A 20-minute drive east of Richmond along the James River brings you to Shirley, a plantation established in 1613. These days it's home to the 10th and 11th generations of the Carter family, who let visitors tour some of the historically significant areas of the property, like the central hall of the main house, which features a 250-year-old "flying staircase." Supported by two wrought-iron straps -- each an inch thick and 4 inches wide -- the staircase is like an indoor suspension bridge. According to engineers, this kind of construction shouldn't hold. It's like the bumblebee that shouldn't be able to fly, given its disproportionate design, but manages anyway.

Down the hall from the staircase, visitors can view the portraits from each generation of Carters. Portraiture was common in the days before photography, of course, and artists had to work quickly to capture entire families on canvas. For expediency, it was not uncommon for an artist to show up at the family home with a whole selection of pre-painted bodies. The subject would pick out the body he or she wanted and a face would be added. Visitors will notice that in her portrait, Elizabeth Carter's body and dress bear a striking resemblance to those of her relative Lucy Randolph. The artist, a Mr. Walliston, seems to have had a very consistent standard for cleavage in his portraits.

The Executive Mansion is another historic home on the tour of Richmond. It has been the residence of Virginia's governors since 1813, which makes it the oldest continuously occupied governor's mansion in the United States. Nearby, the White House of the Confederacy, built in 1818, was the home of President Jefferson Davis and his family during the War Between the States. Not surprisingly, the Museum of the Confederacy is right next door. It has the country's largest collection of Confederate artifacts.

Inside the Virginia State Capitol building, designed by Thomas Jefferson in 1785, you'll find two remarkable things. One is the oldest legislative body in the Western Hemisphere. The other is a sculpture of George Washington -- the only representation of our first president produced during his lifetime. The head was made from a plaster cast of his face, so it's more accurate than what we see on our dollar bills. That image was produced by an artist named Gilbert Stuart, who openly admitted that he disliked Washington and intended to make him as unattractive as possible. Among those who know this story, some have requested that the government redesign the bills with a more honest likeness. Fitting for a president who couldn't tell a lie.

The Jefferson Hotel is another example of Richmond's well-preserved past. Opened for business in 1895, the handsome building has been part of the city's social life ever since. At the center of the hotel's Palm Court lobby is a life-size marble statue of Thomas Jefferson. It stands beneath a 35-foot Tiffany stained-glass skylight. Next door is the extraordinary Rotunda room, which features a 70-foot-long ceiling decorated with a reproduction of a Tiffany skylight. The Rotunda and the Palm Court are connected by the Grand Staircase. The word around town is that this enormous staircase was used as the model for the one in "Gone With The Wind."

Virginia's remarkable preservation work is not limited to buildings. The state has also worked to conserve historic battlefields. Through a program called "Virginia's Civil War Trails," tourists can visit the site of important battles between Confederate and Union troops. Call (888) 248-4592 for a packet of information that will lead you on a progression of military landmarks throughout Richmond and the state.

After you've had a chance to appreciate old Richmond, make some time for the newer attractions. The Shockoe Slip section of town, once a warehouse district, is now the nightlife neighborhood. Carytown is a good spot for walking, shopping or visiting museums and galleries. You could also catch a movie at the Byrd, a restored movie house from the '30s where a ticket costs just 99 cents. Monument Avenue is a wide boulevard upon which stand statues of Richmond's celebrities, including tennis star Arthur Ashe, who was born in Richmond.

Nearby, you can find a good meal at Millie's Diner. Millie's sits where the historic Kullman Diner once did. The Kullman was originally built for neighborhood factory workers. Nowadays it's packed with lovers of good food and great jukebox music. You'll want to order Millie's signature dish: Devil's Mess -- a plate of peppers, onions, eggplant and hot Italian sausage, stewed with curry and pan-fried eggs.

Next stop is the Jackson Ward district, birthplace of black capitalism and the home of the Black History Museum. In the early 1900s it was considered to be a black Wall Street. One of the inspirational figures in this community was a woman named Maggie Walker, whose former home is now a major attraction. At the turn of the century, Walker became the first woman millionaire and the first black president of an American bank.

Walker's story begins with the application for a loan, which she was denied. She decided that the only way to finance her business was to pool the meager resources of her African-American community and open her own savings and loan. She called it the St. Luke's Pennies and Savings Bank, and she got customers to bring their pennies in to start a savings account. Walker turned those pennies into dollars, which eventually became a great investment for the community. Plus, she taught others how to invest their dollars so that one day they could purchase land, build a house or start a business. Today, Jackson Ward is going through another revitalization as part of the city's "Vision 2000" project.

No tour of Richmond is complete without a trip on the James River, for the city would not have existed without the waterway. The river was Richmond's main thoroughfare in colonial times and the cheapest, most efficient way to ship slave-harvested tobacco out and bring goods in.

Today visitors can travel the river and see the James River Falls on the Annabel Lee, an antique paddlewheel steamer. If that's too fancy, there's always the raft. The Richmond Raft Co. will set you up with a trained guide and all the gear you need to go white-water rafting right through the center of the city. The trip offers a close look at the beauty of the falls, and is yet another proud piece of Richmond, Va.