What ever happened to Demi Moore? 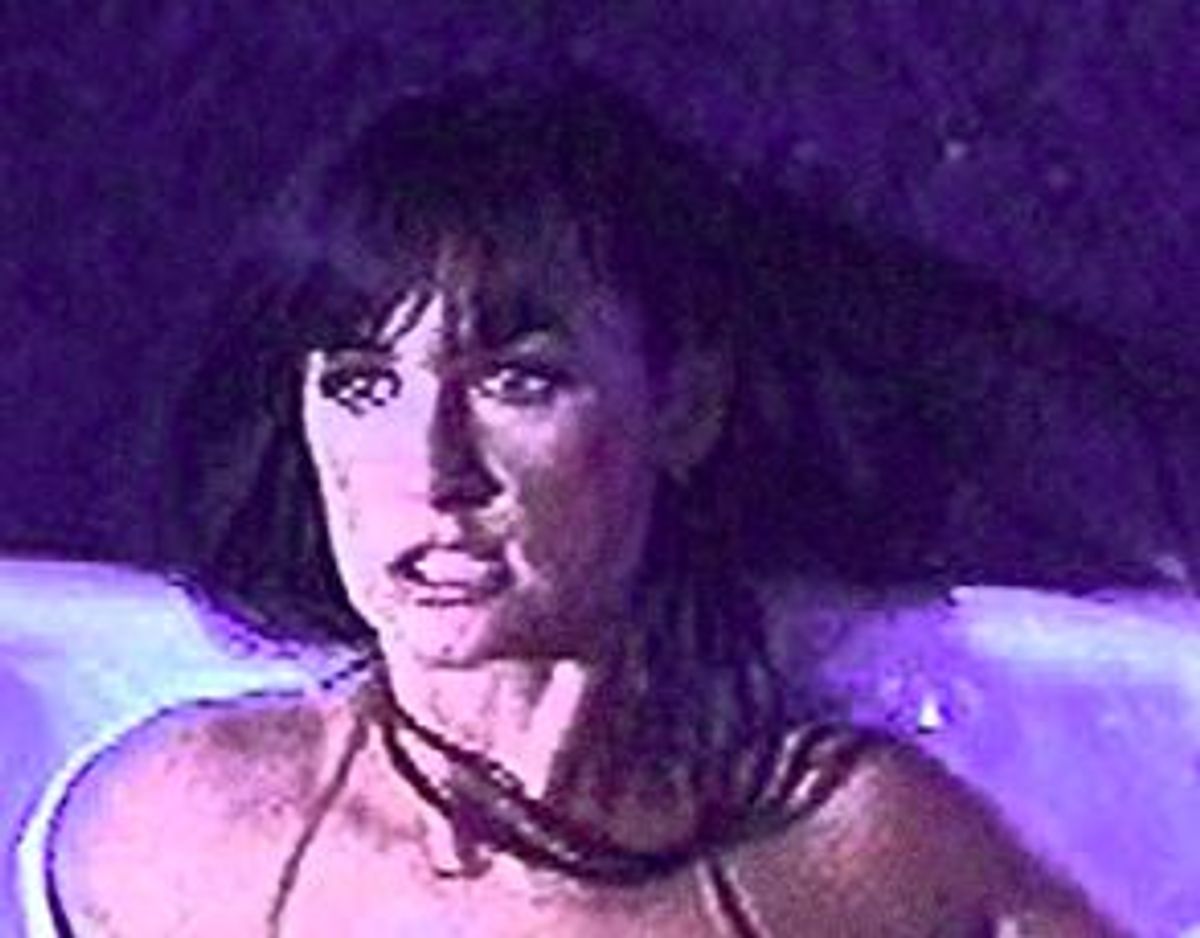 On screen, she dripped steely determination; off screen, she posed nude -- and pregnant -- on the cover of Vanity Fair. She was the Brat Pack's Joan Crawford.

In 1990, "Ghost" became among the first megahits of the decade. The drippy love story grossed $218 million domestically and earned an astounding $508 million worldwide -- not bad for a "General Hospital" dropout. Later, she consolidated her clout with high-concept hits like the man-barters-wife-for-a-million-bucks melodrama "Indecent Proposal," which earned $107 million in 1993, and the bosomy-bosswoman-harrasses-hapless-clerk drama "Disclosure," which hit $93 million in 1994.

By 1996, if there was any doubt about Demi's power, she hogtied Hollywood by securing $12.5 million for "Striptease." Never mind that the movie proved so inept that Castle Rock couldn't decide whether to sell it as a drama or add a laugh track.

For a brief moment, Demi Moore ruled. She elbowed aside Julia Roberts and Jodie Foster as the highest-paid broad in tow -- a dubious honor. "Demi was really hurt by 'Striptease,' says Rachel Abramowitz, author of "Is That a Gun in Your Pocket?: Women's Experience of Power in Hollywood." "Everyone talked about that $12.5 million," she says. "When the movie bombed, it wasn't a quiet bomb."

Now Moore is back. After a three-year absence, the 37-year-old actress just re-entered the fray.

It doesn't appear to be going well.

"Passion of Mind" may once have been intended as a comeback vehicle, but, commercially, it's more like a rent-a-wreck. Though the movie offers Moore a showy dual role -- she plays Marty (a lonely Manhattan literary agent) and Marie (a widowed book reviewer with two daughters living in the South of France). The gimmick: When Marty falls asleep, she dreams of Marie's life, and vice-versa. Neither character knows whose life is real. As directed by Alain Berliner in his English film debut -- his last film was 1997s charming "Ma vie en rose" -- "Passion of Mind" plays like a Lifetime movie goosed by a dash of "The Twilight Zone." In a generally sympathetic notice, Variety reviewer Emmanuel Levy warned the film "has a strong built-in appeal for women but may experience harder times in going beyond the specialized arthouse circuits." That guarded prediction has proven to be optimistic.

Paramount Classics -- Paramount's two-year-old wobbly in-house attempt to court the Miramax crowd -- launched "Passion" two weeks ago in an exceedingly modest 104-theater limited release. The results: a middling $2,269 per-screen average. Last weekend, business fell 34 percent, bringing the cumulative gross to a measly $403,421 to date. By contrast, Paramount Classic's own "The Virgin Suicides" -- though hardly a box-office barnburner -- opened to a $13,062 per-screen take from 18 locations in April and has earned $3 million to date.

Less, as they say, is Moore.

"Passion's" failure to open isn't entirely Moore's fault. Her refusal to do any publicity in support of the movie hardly helped its cause, according to one producer. Hollywood didn't exactly rush to make the movie in the first place. Written by David Field and the prolific script-churning-machine Ronald Bass -- whos dished out such femme-friendly pap as "Stepmom," "My Best Friend's Wedding" and "Waiting to Exhale" -- "Passion of Mind" was originally written for Michelle Pfeiffer as a potential Tri-Star project in 1985. Over the years, Nicole Kidman, Meg Ryan and Winona Ryder have all been mentioned as possible stars.

"Passion" was announced with great fanfare when Paramount Classics (in a coproduction with Lakeshore Entertainment) first ballyhooed it in '98; when the movie was completed last summer, the company postponed a fall release, and then sent it on a kamikaze mission over the Memorial Day weekend -- in a doomed attempt at counter-programming -- straight at the mega-machismo of "M:i-2" and "Shanghai Noon." Bad move.

But Moore's three-year disappearing act didnt help matters either. (Her last starring role -- a funny ensemble turn in Woody Allen's "Deconstructing Harry" excepted -- was '97's "G.I. Jane," in which she shaved her head and got butch with a bunch of Navy SEALS.) Hollywood may indulgently extend a free pass to its male stars when they take extended powders -- Redford, Beatty, DeNiro and Pacino have all disappeared for years at a time -- but the town has always been more interested in cultivating hot starlets than perpetuating divas.

During the time she's been away, Moore's once-record $12.5 million payday has been eclipsed by Roberts (who now charges $20 million), Foster and Ryan, who've hit the $15 million mark. Then there's that ever-changing roster of pliable beauties -- from Cameron Diaz to Catherine Zeta-Jones -- waiting in the wings. In the Hollywood Reporter's last accounting of Star Power, Moore slipped to 51st place.

"What's the surprise?" says one producer. "She tried so damn hard that she lost her allure. That's how I felt about Demi in those pole scenes in 'Striptease.' A lot of effort."

Granted, Moore has had other things on her mind. In the wake of her '98 separation from Bruce Willis, she retreated home to Hailey, Idaho, with her three daughters. But while Moore's been tending to the kids, Willis has been all over the map, shifting from big-budget action/adventure ("Armageddon") to indie character work (the negligible "Breakfast of Champions") to psychological thriller ("The Sixth Sense") to broad-based comedy ("The Whole Nine Yards.")

Of course, whoever said Hollywood was fair? "Demi's still a big star," insists Abramowitz. "She just needs to choose the right vehicle. She's also been good about bonding with other women in Hollywood, having girls' nights out with some of the female executives. So I'm not convinced it's over for her."

In fact, Moore has developed a lucrative side business as a producer. Her involvement led HBO to air its successful 1997 abortion drama, "If These Walls Could Talk." Thanks to the efforts of her then-production executive Suzanne Todd, a pal of Mike Myers, Moore shares a producer credit on both of the successful, shagadelic "Austin Powers" comedies.

A year ago, Moore's production company Moving Pictures moved from Universal to Miramax, where it has a first-look deal. It may not be the busiest shop in town, but it does have one project in development: "Slugger," a script by Steven Gary Banks and Bruce Graham, which concerns a kid who teams up with a ghostly version of the late Babe Ruth to hit one out of the park. Sound familiar?

If she's to escape being sent back to the minors, Demi Moore needs to hit a home run herself.