Will a Microsoft appeal go straight to the Supremes?

Judge Jackson's attempt to expedite a final resolution to the antitrust trial could backfire. 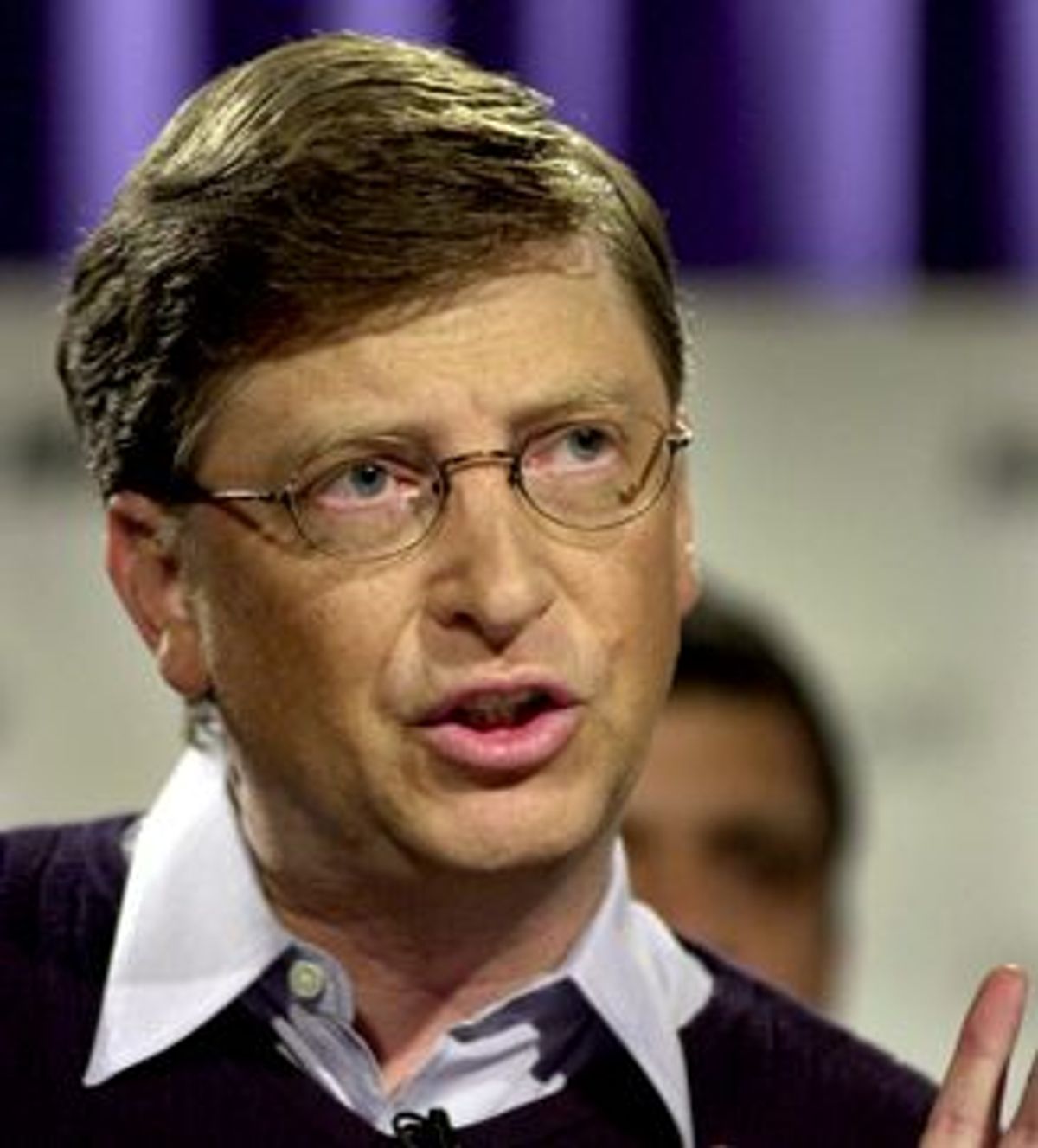 The Justice Department wasted no time celebrating its victory over Microsoft on Wednesday, as Judge Thomas Penfield Jackson ruled in favor of the government's plan to break up the software company he found guilty of violating antitrust law. Even before Microsoft could file its promised appeal, Joel Klein, head of the Justice Department's antitrust division, announced that his team would request that the case be "fast-tracked" to the Supreme Court to avoid a lengthy appeals process.

But experts doubt that the Supreme Court justices will agree to expedite a final decision on the case.

"It's a highly unusual proposition for the Supreme Court to like expedited appeals," says Eben Moglen, professor of law and legal history at Columbia University. "It likes the advantage of what they call 'further percolation.'" In other words, the Supreme Court justices generally prefer to first get a second opinion from a three-judge appellate court.

The "fast-track" option has its roots in a 1903 law requiring that all appeals in antitrust cases go straight to the highest court. "The idea was to send these cases straight to the Supreme Court, where they were sure to end up anyway, rather than let them go to [what was then a] new level of jurisdiction," says Larry Kramer, an antitrust expert and law professor at New York University. "Remember, this is the trust-busting era, the time of Standard Oil," Kramer says of the period during which the "fast-tracking" law was conceived. "Early Supreme Court cases were extremely important."

But time passed and the Supreme Court grew ever more busy -- it now receives around 5,000 requests each year and reviews about 150 cases. So in 1974, Congress amended the law to give the court discretion to refuse cases or to take them if it deemed them of "general public importance in the administration of justice."

Since then, the "fast-track" law has been employed only once, following the government's antitrust case against AT&T in the 1980s, says William Kovacic, a law professor at George Washington University. After the telephone company settled with the federal government, the state of Maryland opposed the settlement arguing that it hindered the state's right to regulate communications companies. Maryland's attorney general called for an immediate Supreme Court review, and the justices agreed to hear it. "They took up the case and affirmed the settlement," Kovacic says.

In every other case, the Supreme Court has declined to interfere with the traditional route from district court to appellate court and only then to its chambers. Moglen says there are several examples of cases that seemed urgent at the time which the Supreme Court has declined to expedite, including the Japanese Electronics Products antitrust case (in which Japanese electronics makers were found to have conspired to eliminate American competitors from the U.S. television market by selling products to U.S. consumers at low prices) and the Pentagon Papers case (in which the Nixon administration tried to prevent the Washington Post from publishing a classified study about U.S. military involvement in Vietnam). These were "both cases that presented the possibility of expedited appeals," Moglen says, but that failed to convince the justices to break with routine. And more recently, when doubts arose about the legality of forcing Secret Service agents to testify in the Monica Lewinsky trial, the Supreme Court refused to hear the case without appellate input.

Still, there are compelling reasons for the Microsoft case to skip the appellate phase. "It's a burden on the economy and on Microsoft for it to be delayed," says Lawrence Lessig, a Harvard Law School professor and former "special master" in the Microsoft antitrust case.

And Kramer argues that the longer the case draws on the harder it might be on pocketbooks other than Microsoft's. "It's not as though the economy as a whole isn't being affected by the uncertainty surrounding Microsoft," Kramer says, pointing to the stock market's roller-coaster reaction to the ongoing developments in the case.

Jackson himself suggests that a quick resolution to the case is needed, and wrote in his "Memorandum and Final Order" that the company "continues to do business as it has in the past, and may yet do to other markets what it has already done in the PC operating system and browser markets." It's no secret that the software industry is fast-moving and that if the court lags in making decisions about this case, any suggested remedies might already be rendered moot by the time they take effect.

It's also no secret that Jackson would rather bypass a conservative appellate court, which overturned his 1998 injunction ordering Microsoft to stop bundling its operating system and browser.

But Jackson's attempt to move the case along quickly may ultimately backfire.

"What you would have expected Jackson to do was play the game with [Microsoft] for a couple of minutes, to try and get their input on the remedies," says Kramer. He believes that Jackson's decision to avoid even a short hearing on the remedies and to confine the process to written statements, could dissuade the justices from hearing the case without letting an appellate court probe the issues more thoroughly. "He just bought the government's side, with no hearings on remedies or anything."

Moglen argues that the Supreme Court would be more likely to take the case on a fast-track basis if Microsoft's appeal hinges on Jackson's interpretation of antitrust law rather than on the specific remedies. "If the judges think there should be more remedial work done on the case, then why not let the D.C. circuit [court] take it up?" he asks.

Perhaps they will. But the justices could just as easily be convinced that the future of the most powerful company in an industry that is determined to change the world might deserve their prompt attention.

"I think it is the case of the century," Kovacic says. "But I think the court hears that a lot, probably from everyone."