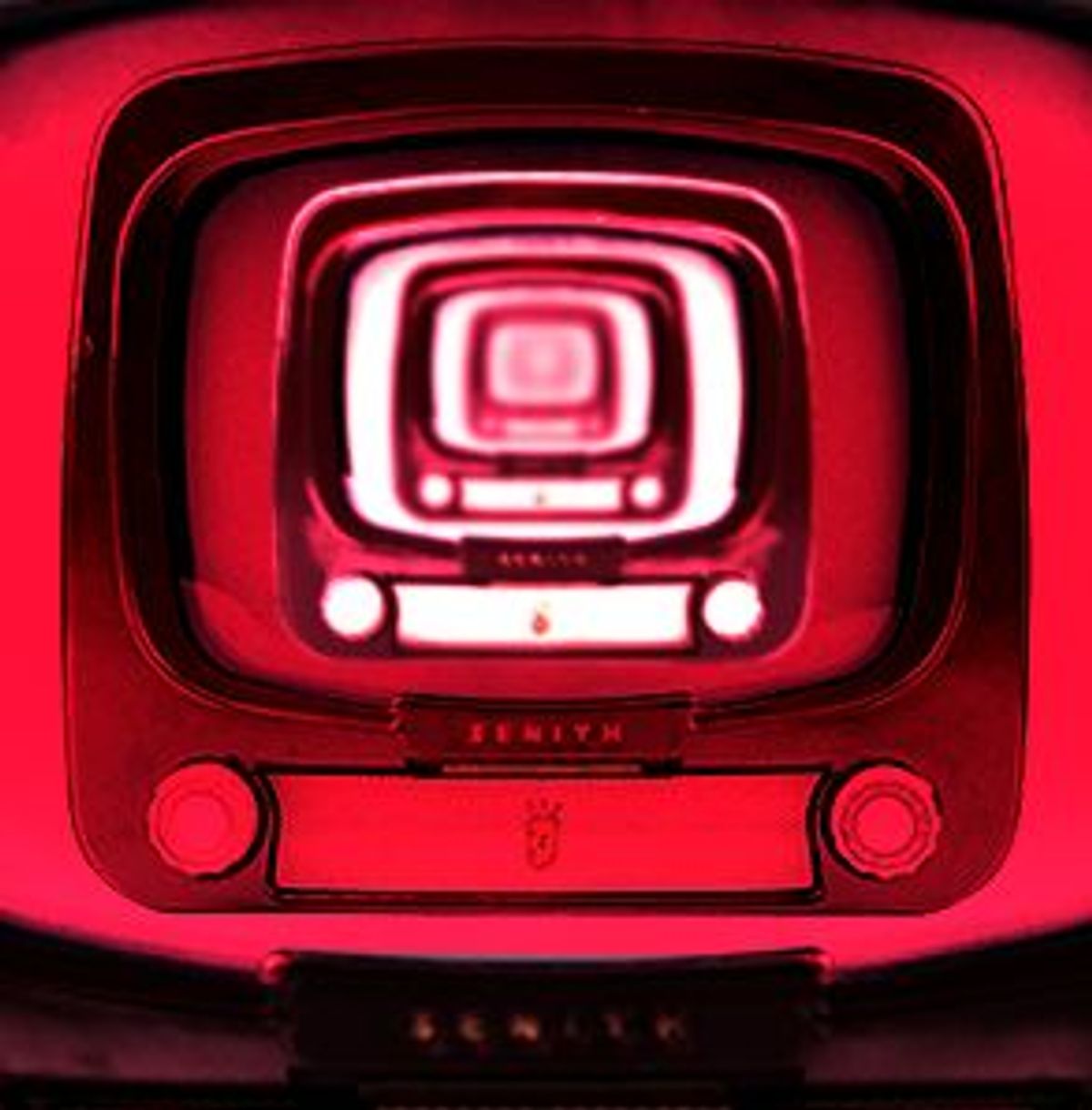 Turns out we're not the only ones who hate TV reruns.

In a move designed to maintain loyal viewership -- and win new converts -- network programmers are remaking their fall schedules. The new look will maximize original offerings, and minimize that most dreaded of TV programming -- repeats. In some cases, they will be banished entirely. The prime target: Dramas that take a Nielsen beating whenever their doppelgangers crop up.

Dubbed "time-sharing," the most radical example of this approach will be on display Wednesday evenings at the WB network, where the New York college drama "Felicity," starring Keri Russell, will occupy the 9 p.m. slot and air original programming for 11 weeks until December.

After those 11 weeks, Felicity will go on hiatus and WB's New York post-college drama "Jack & Jill," featuring Amanda Peet, will take over with its own string of 13 originals. "Jack & Jill" will then give way to another 11-episode story arc for "Felicity." And so on. The new system will enable WB to offer the two shows' mostly female viewers 35 original episodes.

"We're promising something new to the viewer," boasts WB's CEO Jamie Kellner: "You'll never have to see a rerun."

The changes aren't limited to the WB. Over at the more buttoned-down precincts of ABC, the post-divorce parental drama "Once and Again" will kick off the network's fall schedule Tuesday at 10 p.m. But come January, it's "NYPD Blue" for 22 straight all-original episodes in the same space. "It's a way to maximize the time period and nurture two dramas," says Jeff Bader, ABC's senior vice president of program scheduling and planning.

Also known as "umbrella" or "wheel" programming, time-sharing is hardly new to television. Back at the dawn of TV time, "Dragnet" alternated its slot every week with "Gang Busters." Jack Benny's variety show was first seen once a month at the same time period, then twice a month, before finally going weekly in 1960. Perhaps the most famous example of rotating shows was NBC's Wednesday night "Mystery Movies," which debuted in 1971. The three whodunnits "Columbo," McMillan and Wife" and "McCloud" took turns and ran every third week.

But back then, the goal wasn't so much to curb repeats as it was to air 90-minute episodes each week, says Tim Brooks, V.P. of research at Lifetime and TV historian. Brooks says the new plan to use different shows in the same time slot -- for the sake of all-original lineups -- is a TV first.

WB and ABC arrived at time-sharing from very different directions -- WB needed drastic measures to firm up some disappointing ratings; ABC had to placate a very powerful producer (Steven Bochco) -- but both networks have long been aware of the damage done by dramatic reruns, especially during the September-to-May season.

Advertisers are taking notice, too. Ever since the networks extended their programming season from April to May in 1996, the number of midseason repeats has risen drastically; December and March have been buried under reruns. And while advertisers can rarely control how often their commercials appear in reruns as compared to originals, "it's becoming a bigger part of the negotiation," says Stacey Lynn Koerner, vice president of broadcast research at major ad buyer TN Media. A 1999 company study revealed that 22 percent of all shows aired during 1998-1999's traditional season were repeats, up from 13 percent during the '82-83 season.

Dramas with interwoven plotlines like WB's "Felicity" are particularly vulnerable to reruns. The show suffers one of the highest rating drop-off levels of anything repeated on TV. Its clones routinely lose 40 percent of all viewers.

"Last year we launched the show, spent a ton of money on advertising and we promoted it like heck," Kellner recalls. "The early episodes got everybody revved up. Then the fourth or fifth week was a repeat and the numbers dropped significantly." Fact is "Felicity's" Oct. 24 show from last fall won a 3.8 rating among females 12-34. The following week's repeat plunged to a 1.9 in the same demo. Kellner suggests the show had trouble recapturing the momentum of those early weeks. (Of course, the show's move to a troublesome Sunday-night time period may have added to its woes.)

Why did a repeat air so early in the season? A production glitch, according to the CEO. Networks also have to hold onto originals for the November, February and May sweeps periods in order to keep local affiliates happy. (Sweeps ratings determine what ad rates those affiliates are able to charge.)

The idea of alternating two similar dramas was hatched last year in WB's sales department. The network's programmers saw it as an instant antidote to the repeat problem. Unfortunately, it meant higher production costs (they'd have to pay for two series that only take up one hour of its schedule). The solution: rather than ordering 22 episodes from each show -- standard for a season's worth of dramas -- WB ordered a cost-saving 35 combined episodes of "Felicity" and "Jack & Jill."

Kellner also estimates that if "Felicity" and "Jack and Jill" ratings climb 30 percent next season, it will help offset those production expenses. "If the 'Felicity' audience converts to 'Jack & Jill' in December, you just won the game," he says. "And if they come back for 'Felicity' again in the spring, you've got a home run."

It may all come down to "Sex."

Keller points to HBO's impressive success with "Sex in the City" as proof that limited-run series can work. Kellner says the notion that viewers need to commit from September to May for a TV show may be outdated. "It's very much like 'The Sopranos,'" he says. "People are getting used to tuning in and watching a show for a dozen weeks. Then it goes away for a while and there's the excitement when it comes back."

Adds Dave Baldwin, senior vice president of program planning for HBO, where limited runs are the norm: "You have to acknowledge the fact people have real lives outside of television. And with limited series you don't have to maintain that high level of noise for 39 weeks, which is almost impossible." (Both Kellner and Baldwin concede that the limited series approach is actually borrowed from the British, where shows often air for just 12 episodes and then disappear.)

And what do producers think of such a potentially cramped, time-sharing arrangement? "It's a very compelling strategy," says Mark Canton, executive producer of "Jack & Jill," who is happy to be teamed with "Felicity" (but even happier to be free from the ratings purgatory of Sunday night). "Production-wise, it allows us to have enough time to really prepare for our second season, conceive the storytelling for the year and focus on the fact that it's all original programs."

Bader notes ABC began time-sharing last season "out of necessity," and that "NYPD Blue" producer Steven Bochco "loved it after seeing how great it was."

Here's what really happened last fall: ABC, being convinced that Bochco was going to deliver "NYPD Blue" late again, penciled in "Once and Again" for the cop drama's traditional Tuesday night slot; it planned to debut "Blue" on Nov. 9, and move "Once and Again" over to Sunday. But when ABC was suddenly blessed with too many hit dramas and had nowhere to move "Once and Again," the network considered booting "NYPD Blue" to another time slot.

When Bochco heard the news, he went ballistic and took his fight to the press. He claimed that ABC was favoring "Once and Again" because it happened to be produced by ABC's parent company, the Walt Disney Co., and was therefore less expensive. A settlement was reached: "NYPD Blue" would premiere on Jan. 11 and air 22 straight, all-original episodes.

Any concern "NYPD Blue" producers had about viewers having to wait seven months between May season and January were eased when the numbers came back. Buoyed by a complete lack of reruns, "Blue" viewership grew by nearly 10 percent.

In fact, the shotgun marriage worked so well that ABC will do it again next season. "If it ain't broke don't fix it," says Edward Zwick, co-creator and executive producer of "Once and Again." (Since "Who Wants to Be a Millionaire" will take up so much real estate next season -- four nights every week -- ABC can only fit four one-hour dramas on its fall schedule, the fewest of any network.)

Even those inevitable reruns that make summer TV such a drag are facing a different game. Traditionally, networks repeat their shows as much as three times during the dog days in order to pocket extra ad revenue that covers production costs (i.e., reruns don't cost anything to produce). The conventional wisdom has always been that viewers are busy with vacations and outdoor activities and don't watch that much TV in the summer anyway, so why bother.

Things have changed. While the networks have been sloughing off June through August, cable TV has not. Offering up all sorts of original programming, cable has successfully proven that people will watch TV -- and lots of it -- come summer.

Ten years ago, the average American household watched 7 hours, 36 minutes of TV per day during February and 6 hours, 26 minutes per day in July, according to Nielsen Media Research. During the 1998-1999 season, people watched 7 hours, 39 minutes in February; July posted 7 hours, 8 minutes.

Two summers ago ABC scored a modest summertime hit with a British game show import called "Whose Line is it Anyway?" which earned itself a spot on the fall schedule. Last summer ABC got its hands on another little British game show. "Millionaire" went on to win a spot on the network's permanent schedule, and single-handedly catapulted ABC from third place to first. This summer, 10 new network shows, including the burgeoning ratings blockbuster "Survivor," are set to air.