Texas execution record gets the press's white-glove treatment and comes up dirty, but Bush stands his ground. 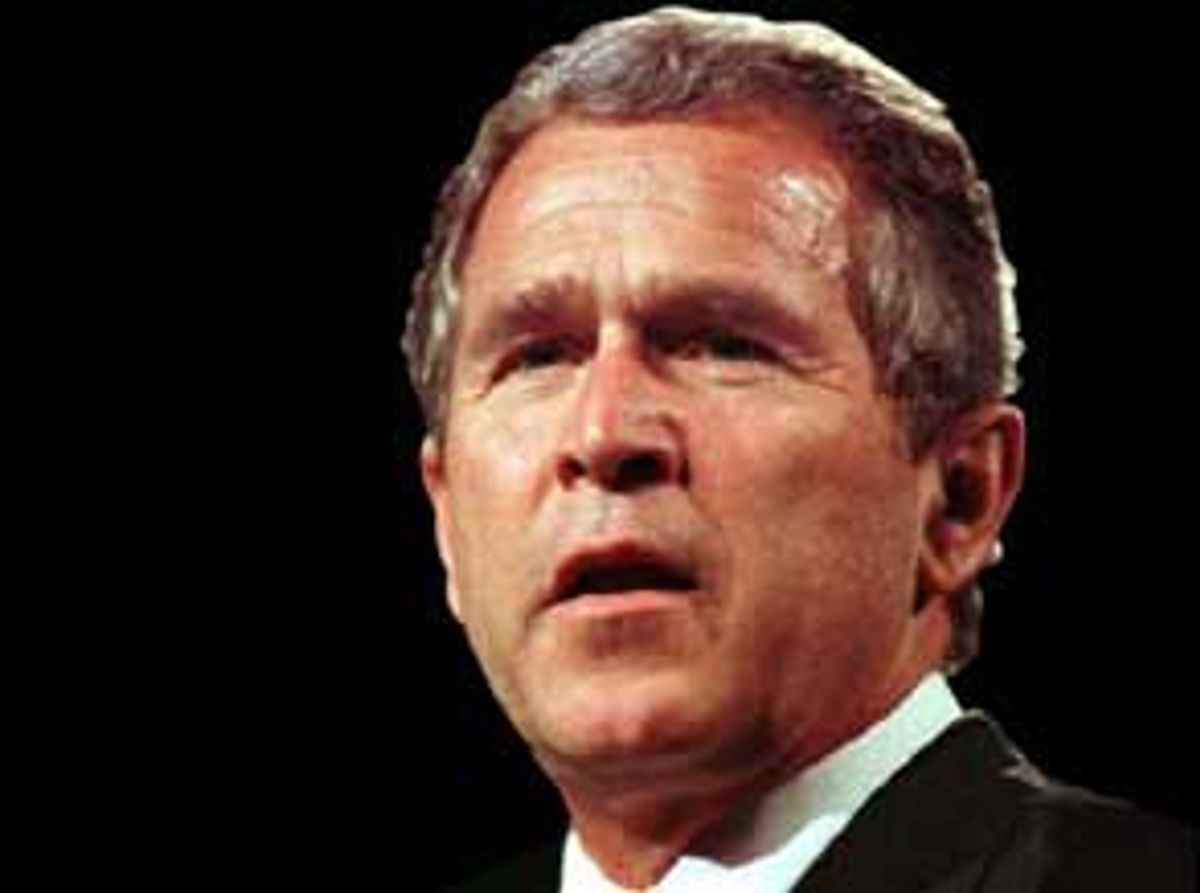 George W. Bush's capital punishment record doesn't pass the sniff test, according to a Chicago Tribune investigation. Part 1 of the two-article series reports that of the 131 people executed on Bush's watch, an alarming number went to their deaths on shaky evidence and with inadequate counsel.

Here are the numbers: In 43 cases, the defense attorney had been publicly sanctioned for misconduct before or after his or her work on the capital case; in 40 cases, the defense attorney presented a single witness or no witness at all during the penalty phase of trial; in 29 cases, a psychiatrist provided testimony that the American Psychiatric Association considers unethical or unreliable; in 23 cases, prosecutors relied on the testimony of jailhouse snitches; and in 23 cases, the state used scientifically sketchy visual hair analysis.

Even after serious misconduct or mistakes are discovered, Texas courts often let convictions stand, the Chicago Tribune reports in Part 2 of the series. In one such case, the court declined to grant Cesar Fierro a new trial even though he had confessed to a murder only after police in Mexico took his parents hostage and threatened to torture them. He remains on death row.

The Chicago Tribune's series on the death penalty in Illinois is largely credited with pushing Gov. George Ryan to impose a moratorium on executions there.

Executions as election issue
The findings on the criminal justice system in Texas won't stay buried, predicts Time magazine analyst Frank Pellegrini. He asserts that Bush's capital-punishment record and "compassionate conservatism" don't mix well, and could hurt the GOP's efforts with black and Latino voters. "In 131 stories of mostly poor men and minorities having their lives ended by the state, there might just be another ghost ready to rise up and haunt Bush all summer," Pellegrini writes. He also sees a potential parallel between Bush's law enforcement record and the problems of a past presidential hopeful, Michael Dukakis. "George W. should ask his dad about another political ghoul: Willie Horton. And the younger Bush's version would be an innocent man -- and a deliciously handy martyr for Al Gore," he concludes.

Bush's death penalty defense
Despite the scrutiny of his record, the Texas governor continues to stick to his guns on the death penalty. The Associated Press reports that Bush defended his record, saying that critics of Texas executions are capital punishment opponents looking for justification. "I know there are some in the country who don't care for the death penalty," Bush told reporters, "but I've said once and I've said a lot, that in every cases, we've adequately answered innocence or guilt."