The worst news: Your loved one is dead

When medicine fails, someone has to tell the grieving family. It's easier with a little training, but there's no training. 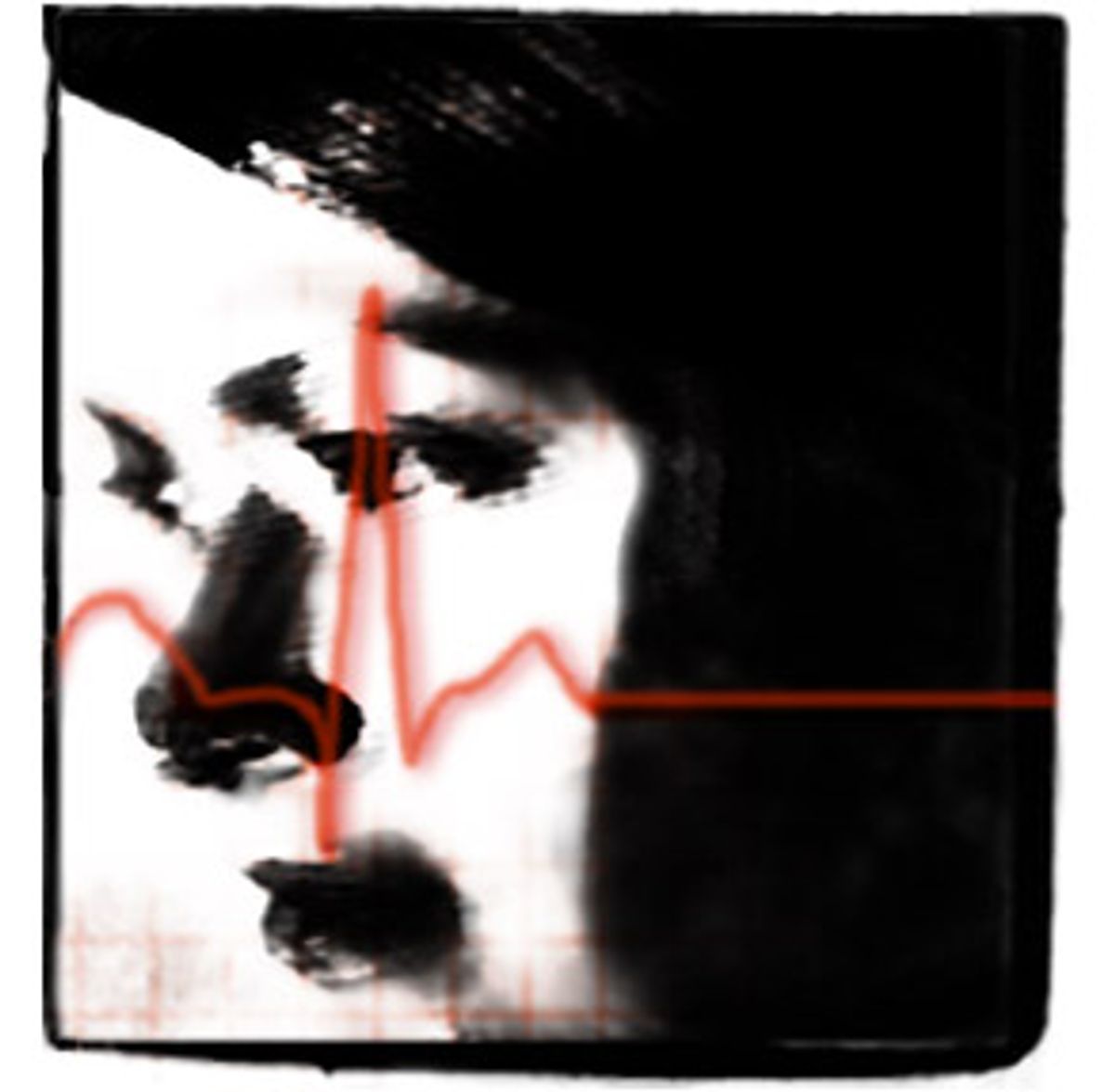 Three weeks ago there were four cardiac arrests in two hours in my hospital's emergency department. Two patients were pronounced dead after about 35 minutes of vigorous cardiopulmonary resuscitation; two survived, but only for one more agonizing day, with their heartbroken families keeping vigil at their bedside. "There were so many families to talk with, you couldn't keep them straight," recalled my friend and colleague, Dr. Jeff Yucht, who worked with me that day. It seemed we couldn't turn around without having to say, "I'm so sorry, but your husband (mother, brother, grandfather) has died ..."

As an emergency medicine physician, being the bearer of such devastating news is a part of my profession. It isn't on any job description or list of credentialed procedures, like emergency cricothyrotomy or chest tube thoracostomy. Unlike those hard skills -- lauded and heralded as lifesaving -- delivering the news of the sudden death of a loved one is an ability rarely acknowledged.

On another occasion, a week before Christmas, the Philadelphia E.R. I was training in was decked with howling, PCP-cranked teenage twins, one miscarriage, a pneumonia case, two weak-and-dizzies, a chicken bone in the esophagus and a gunshot wound to the testicles. Charts of patients waiting to be seen spilled off the counter of the nurses station. The waiting room was standing room only, and the vending machine was out of Chee-tos, causing three different mothers, each with an irritable, ear-infected child, to file complaints with the administration. The waiting room television was tuned to a rerun of "Three's Company"; everyone watched it, transfixed. Someone was vomiting on the floor.

He arrived cold, wet and without hope. He had been celebrating at his office Christmas party when he literally keeled over. The paramedics had arrived in five minutes. They had made multiple attempts to electrify his fibrillating heart back to a recognizable rhythm. On his arrival in the E.R., a well-orchestrated chaos ensued: needles inserted, drugs pushed, monitors read, chest compressed, clothes cut away, trachea tubed, orders shouted. This continued until the resident in charge "called the code." It was 8:58 p.m. and we still didn't know his name.

The paramedics, in their hurry, hadn't written it down, no one had come in with him and when his clothes were cut away his wallet was lost. His chart said "John Doe." The chief resident told me to go find "Mrs. Doe" and tell her that her husband was dead. He and the other residents drifted back to the sick and wounded but alive patients as I, the intern, was sent to do the task with the least priority.

The assumption in my training had been that notifying the next of kin of the suddenly deceased was an innate skill. Unprepared for the task, interns are thrown at those about to be bereaved with the sink-or-swim tradition of most medical training. The dead are dead, so what more harm can one intern do? As emergency medicine docs, cowboys in lab coats, we notch our professional belts with lives saved. An unsuccessful resuscitation makes us acutely aware of our limitations. Telling the family is tantamount to confessing failure.

There was no "Mrs. Doe" in the waiting room to confess to. I returned to the E.R. and started picking up charts. I hoped that "Mrs. Doe" wouldn't show up until my shift was over. The hallucinating twins were beginning to harmonize.

At 10:34 p.m. a short woman, hair disheveled, wearing a sweater buttoned randomly over a nightgown, was asking for her husband, David. She was 26 years old, one year younger than I. The nurses directed the unknowing widow toward me, their voices casual and expressions flat, careful not to betray any hint of her future.

"David Baker -- he was at his office Christmas party, and someone just called and told me that he got sick and had to be brought to the emergency room. Did they bring him here?" she blurted out.

"Was he wearing a gray suit and a tie with Santas on it?" I asked.

Mrs. Baker (not her real name) began backing away from me, away from the crushing news. The terrible fear that had been her back-seat companion all the way to the emergency room suddenly leapt before her. Shaking her head, she began her chant of denial, softly at first -- "No, no, no, no" -- then louder as I approached her.

She was leaning against the triage door when I reached her. "I'm sorry, Mrs. Baker, but they brought a man dressed like that from a Christmas party. He was in full cardiac arrest and he didn't make it." The facts were finally delivered.

Her face brightened. Unprepared to handle tragedy, she jumped at the slimmest hope.

"If he didn't make it here, where is he? What hospital did they take him to?" She lunged at me, begging me to tell her.

"No, I mean ..." I struggled to say it, hating the taste of the words, hating her for not understanding: "What I'm trying to tell you, I mean, he's dead."

And there I saw it for the first time, the moment that would define her "before and after." She tried to cry out, but the words were stuck in her throat. The buzz of the E.R. swarmed around us.

A survey of survivors published in 1987 in the Annals of Emergency Medicine found that more than one-quarter of the families were less than satisfied with their treatment by emergency department personnel. According to the authors, "An alarming number of [families] thought the staff was cold, unsympathetic, and not reassuring." Another, more recent study in the Annals of Emergency Medicine found that 70 percent of emergency physicians experienced death notification as emotionally taxing. (I've always wondered what the other 30 percent experienced: Stupor? Ambivalence? Nonchalance?) Only a third of the responding emergency physicians had had any residency training that addressed the issues of the dying patient.

As doctors we are enamored with our numbers and statistics, even in the face of such overwhelming emotional pain. In the fifth edition of "Emergency Medicine: A Comprehensive Study Guide," a ubiquitous reference for emergency physicians that compresses the breadth of medical and traumatic emergencies into 2,127 pages, the three-page chapter devoted to this subject by J. Brown and G. Hamilton gives the following terse instructions:

"The emergency physician must prepare prior to speaking with the family. After leaving the resuscitation room, the physician must mentally 'change gears' over 15 to 30 s [seconds]. Knowing what to do and what to anticipate can be reassuring."

The chapter goes on to explain the proper sequence of events in approaching and talking with survivors; then the family's immediate reaction is given its due time frame:

"Once the initial statement is made, allow a brief period for the initial grief response (30 to 60 s). The physician may give physical comfort to the family if the physician is comfortable doing so."

Five, 15, 60 seconds -- time that seems almost hurled at the suddenly bereft, time in which everything irrevocably changes. It isn't a surprise to me that one-quarter of the families find us cold and uncaring; it's a surprise that it's not more. As lifeless as these guidelines sound, at least they attempt to address a yawning deficiency in medical education. The fifth edition of the study guide makes strides, albeit stiff and regimented ones, in this direction. Previous editions have no chapter at all concerning death notification.

During my 16 years of practicing emergency medicine I have come to accept that sometimes death demands immediate capitulation -- the accident too massive, the bullet too on target, the coronary artery too choked -- that despite my most passionate efforts, death cannot be deterred. And as death itself has become more familiar, so too has the agonizing, yet crucial task of informing the family. As in closing a difficult wound, suturing the fractured and bleeding layers of skin together, it takes patience and care to ensure proper healing. If done poorly, the wound can remain open for years.

I am grateful that since Mrs. Baker I am no longer afraid of the moment when I must face the uninformed survivors. Now as I walk toward a huddled family or a terrified spouse, I know I am treading on the last few seconds of their before, and with me I bring the painful after.