The agony after ecstasy

I took the drug for nearly a year to lift myself to euphoria. Then I crashed hard. 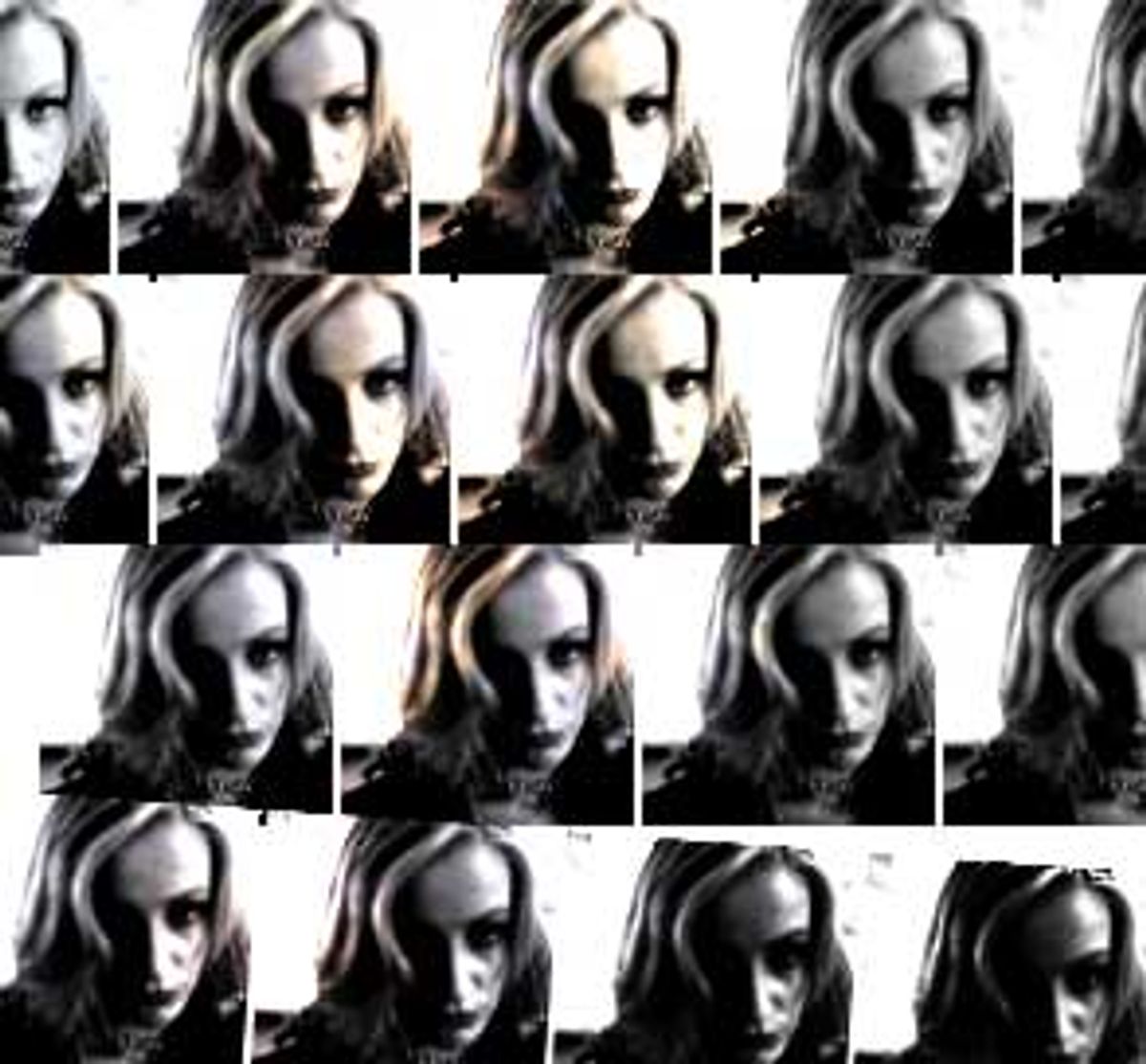 Ecstasy has rolled back into the media spotlight. A wide-eyed young raver stared out from the cover of Time last week, with the headline, "What Ecstasy Does to Your Brain." The first film to be picked up by a major production company this year at the Sundance Film Festival, Greg Harrison's "Groove," a celebration of the San Francisco underground rave scene and ecstasy, just opened in San Francisco and New York. "Better Living Through Circuitry," the Jon Reiss documentary about rave culture and the role ecstasy plays in it, was also recently released. "Ecstasy: The New Beer?" teases the June cover of Spin magazine, an issue devoted to the club scene.

Understanding and embracing the rave scene is suddenly hip, even though the movement has been thriving underground for more than 10 years. Ecstasy is touted as the miracle elixir that not only energizes the late-night electronic dance scene but also encourages the sense of community on which the rave scene is allegedly based. Ecstasy users, myself included, praise the drug for inspiring empathy, compassion and a profound sense of well-being.

But after using the drug regularly for more than a year, I have also become convinced that ecstasy has nasty consequences. An ever-present depression gradually became a frame around the increasingly muted canvas of my life.

I'd heard ecstasy users mention minor depression, but only in a dismissive way. I certainly didn't worry about it when I started using the drug. Only when I stopped did I recognize how depressed I'd become. It happened so subtly, I didn't understand that it was crippling my life.

The first time I took ecstasy was at a Jane's Addiction concert in San Francisco. I wasn't overwhelmed by the drug's effect. But I felt agile and rhythmic, which is (unfortunately) unusual for me on the dance floor. My curiosity was piqued.

The second time I took ecstasy was like being thrown full-throttle into a tornado of joy. I felt gloriously free and literally ecstatic, and at the same time completely lucid. The music was insanely intense. My friends were extraordinarily witty and wise creatures. The world seemed less daunting, more filled with love.

Ecstasy became a casual but constant addition to my weekend. I went to throbbing clubs with a widening group of new friends who were also infatuated with the drug. After spending hours on the dance floor, we'd convene to someone's apartment and talk into the early morning hours. On ecstasy, I felt less self-conscious, unburdened, light and lovely. My husband and I took it on our honeymoon and spent several sun-soaked days on a deserted beach in Indonesia watching the waves break and sharing our private dreams for our future together. I felt marvelously close to him. To an extent, I credited ecstasy with our newfound intimacy.

During these months I noticed that the day after I'd taken ecstasy I felt blue and irritatingly lethargic. But the hangover seemed an inconsequential, if inconvenient, side effect of the fabulous times I was having on ecstasy. I rationalized away the unpleasantness by telling myself it was probably exacerbated by the lack of sleep and eating that accompanies ecstasy use.

The depressive aftereffects are beginning to show up in the medical literature. But Time blows them off in a few sentences, using the cutesy phrase "terrible Tuesdays." In "Groove," one of the main characters is alone in bed the next day crying. The viewer is left to decide whether to blame the drugs or the despicable behavior of her boyfriend. When I did an Internet search of ecstasy, I found tons of information, but only brief mentions of depression as a possible side effect.

During the next few months, I noticed I was no longer getting so high on the drug. While this phenomenon is common knowledge among users, the fact is downplayed in the media. The refrain "Are you feeling it?" -- the tagline of "Groove'' -- was replaced by, "Are you feeling anything?" In order to feel the joy and abandon I had initially experienced, I had to down two tablets instead of one.

Two hits had an unpredictable effect. Obviously, because ecstasy is illegal, you never know what you are buying. Some of the recent coverage has claimed that 20 to 40 percent of the ecstasy sold at raves and in clubs contains something other than MDMA. Sometimes two pills produced an agreeable high akin to my first ecstasy experiences. Other times, I felt much higher than I wanted, as well as nauseated and mildly paranoid.

Not surprisingly, as my use of the drug increased, so did the subsequent depression. Frequently, it lasted two or three days instead of one. I began to feel lost, and afraid. Also present was an undercurrent of insecurity: I constantly questioned myself. While none of the details of my life had changed -- my career was still clipping along at an impressive rate, my relationship with my husband was thriving and the friendships I'd made through ecstasy were still solid and rewarding -- I felt increasingly unhinged.

During this time, a conversation I had with a friend was inadvertently recorded on my answering machine. When I played it back, I was jolted. "Do you know what I mean?" I asked, after everything I said. It was as if I was obsessively questioning whether anyone could relate to me, and whether I might be just a bit crazy.

The truth was, I didn't feel as if anyone understood how I felt, and I was terrified to admit this to the people close to me. I was afraid they'd tell me to stop taking ecstasy and I didn't want to stop. I simply didn't want to miss the party.

Finally, one night I took two hits of ecstasy stronger than any I'd ever used. I had grotesque hallucinations. People on the dance floor looked like aliens out of a nightmarish sci-fi movie, their eyes hollow and ringed in black. When I tried to sleep later that night, pornographic images flashed through my brain. I saw bloated, floating penises penetrating gaping orifices, which turned into tunnels that slid and twisted. Whenever I opened my eyes, I welcomed the tame reality of the ceiling of my apartment. I wondered if I had actually taken DXM, a cheap cough suppressant that is sometimes substituted for MDMA and causes hallucinations in the 130-milligram dose usually found in fake ecstasy (13 times the amount in a dose of Robitussin).

I spent the next week trying not to drown in my depression. I suddenly understood "the black wave" Elizabeth Wurtzel describes in "Prozac Nation," her poignant memoir of depression. Dark emotions, highlighted by self-loathing and severe anxiety, crashed down on me. I could do nothing to move out of their way. (While Wurtzel makes clear her depression was organic, she also explains that she and two friends were known at Harvard as "the Ecstasy Goddesses" because of their excessive use of the drug.)

I stayed home from work. I spent most of the next few days in bed, crying nearly nonstop. I refused to answer the phone, even when I suspected it was my panicked husband checking on me. I felt that I couldn't communicate to anyone the depth of my sadness, so why try? I sensed that my thoughts were irrational -- I instinctively understood that the desperation I felt came from a chemical imbalance in my brain. But that awareness did nothing to ease my distress.

Only when I finally told my husband how I was feeling did the knowledge click. I sobbed off and on for hours, confessing the details of my depression. I realized that this drug I had swallowed to lift myself to euphoria was ultimately sending me crashing back down, to a lower, more frightening level than I'd ever known, or would have experienced if I'd stayed sober. With that realization, I gave up ecstasy.

It took several weeks for me to start feeling normal again. During that time, I was tempted to take ecstasy again. Once, at midnight, when friends were heading out to a club, I called my husband and had to be talked out of following. In the morning, I was relieved that I hadn't gone. It felt fantastic not to be hung over and exhausted. That gloriously fresh Sunday inspired me to stay away from ecstasy indefinitely.

Now, with all the media attention to the joys of ecstasy, I find myself in the peculiar position of cheering the messengers while feeling wary about the drug. I saw "Groove" on opening night in San Francisco, and I loved it. The rave scene can be inspiring and invigorating. I applaud Harrison for depicting it honestly and accurately.

But I no longer believe that ecstasy is benign. When I look around at the people I know who take it regularly, it doesn't seem coincidental that many of them are profoundly unhappy. The depression that follows regular ecstasy use isn't trivial and shouldn't be dismissed. I've always believed that the U.S. government is hypocritical for outlawing substances like ecstasy and marijuana while sanctioning drugs like alcohol and nicotine. I considered booze and cigarettes to be far more dangerous than pot. Now I wonder whether the claim that ecstasy is "the new beer" is more apt, and chilling, than I realized.

Thursday: Crackdown on club drugs: Legislation in Congress would make it a crime to distribute information on ecstasy and other illegal substances.

Liz O'Brien is the pseudonym of a San Francisco writer.