"Gone in 60 Seconds" is almost worth seeing, if just for Jolie's ghostly sexuality. 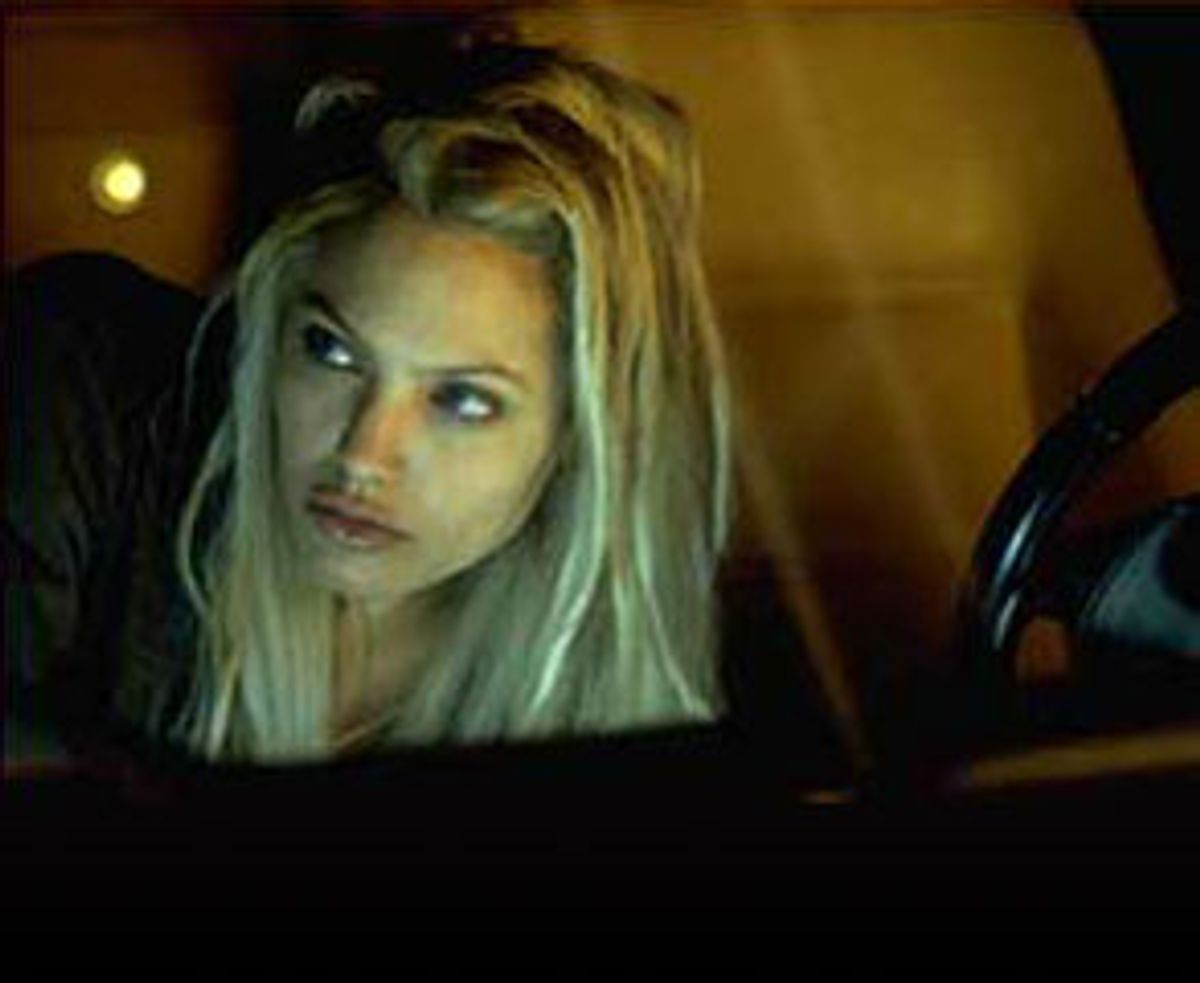 The only erotic thing about "Gone in 60 Seconds" is the title. As a song lyric, it might be one of the lines of our time -- a skid mark that can only last so long. And when you know that Angelina Jolie is the one burning rubber, there's a flicker of hope. But while she's very young still, and creamy with depraved promise, I have a hunch that we and Jolie should grab it while we can. If ever there was an actress for whom you could feel the shadows coming up out of the ground to claim her, she's the one.

"Gone in 60 Seconds" isn't just rubbish, it's Nicolas Cage and PG-13 rubbish. You know early on that anything close to violence, danger, language and sex is going to be "restrained" in order to clean up on kids the first weekend. It's a film for people more interested in getting a driver's license than in getting laid. Even then, director Dominic Sena doesn't know how to do the car stuff and doesn't go under the hood enough to be instructional. As for Cage? Unless he's very careful, the only audience he has will be boys young enough to mistake monotony for deep acting.

Angelina Jolie is another matter. She's the kind of treasure that no one has the least idea how to handle. Her givens are unique. She has a mouth that can be in focus when the rest of her face is soft -- that's a technical way of saying that her mouth is in a different time zone. And she has the eyes to go with it, eyes that know more than you can ever dream, and eyes that still want it. She has hair the color and texture of a crhme br{lie that is turning poisonous and lumpy, and skin that belongs to a ghost. She has in her own way what very few American women have had -- Louise Brooks, Jean Harlow, Tuesday Weld, Marilyn Monroe -- and what they were seldom allowed to deliver. She seems to want to do it on-screen.

Yet already, she is being edged into parts where she is mad, bad and dangerous to know. She can be used to promise things (all her best bits in "60 Seconds" are in the trailer) but not to deliver. That's because the country that talks sex so much is very timid about the real thing. So indirection is her best chance. In the absurd but highly enjoyable "The Bone Collector," when Denzel Washington could move his mouth, his mind and one finger, there were shots of Jolie gazing at him that left no doubt about her ability to think of something they could do. And the audience got the point. But while she's an actress who could deliver the package -- think of her doing "The Blue Angel" with Robert Redford, say -- we're never going to see it. Which may be why she has that ghostly look already.